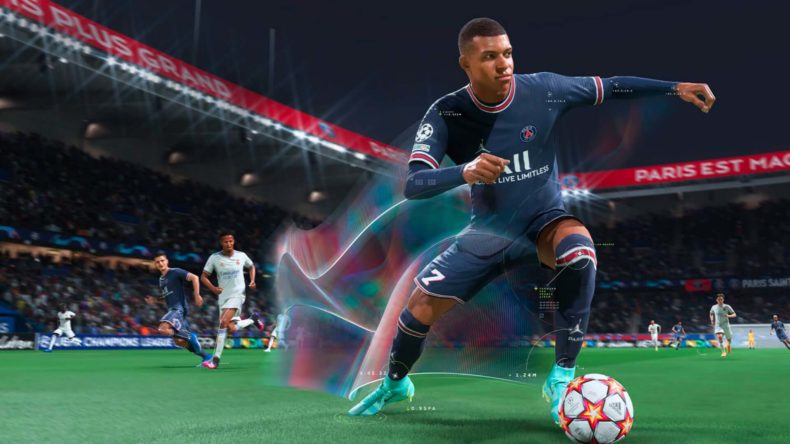 EA Sports has released a FIFA 22 gameplay trailer that highlights the big changes coming to the game this year. There have been a lot of buzz words thrown about recently. However, the trailer gives players a better idea of what to expect. Strip back all the technical jargon, and it’s clear there have been some big improvements.

Goalkeepers have been given more personality. Not only that, but they move more fluidly and react better to a wide range of shots. Better ball composure and control allow for more lifelike play. Players talk off the ball and give commands to teammates; new attacking tactics improve on team movement and cohesion; air battles are more varied and challenging; and explosive sprint adds variety to those all-important attacks.

In theory, these changes are going to be great. Telling the player what’s changed is all well and good. Only playing will give everyone an idea of how much its improved. For a while, FIFA has felt too arcadey, so hopefully these changes will slow down play and offer a better wealth of options whilst in a match. EA Sports has detailed these changes in a blog post that was posted today. You can watch the FIFA 22 gameplay trailer below:

Video games are cool. Don't let anybody tell you any different.
MORE LIKE THIS
ea sportsFIFA 22gameplay trailer