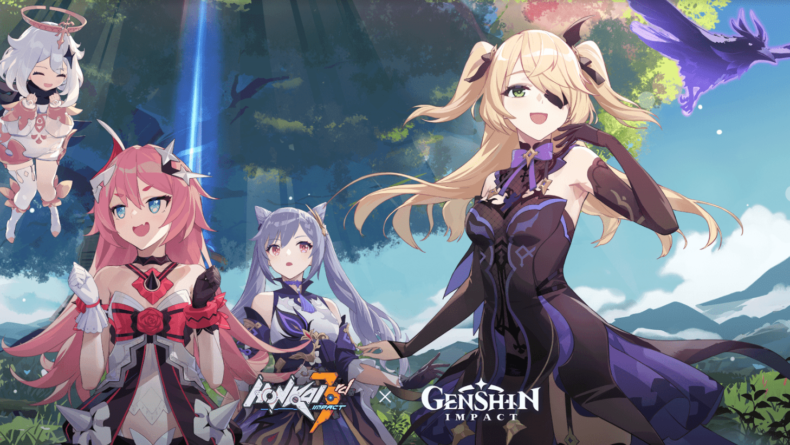 MiHoYo has announced that Honkai Impact 3rd will have a crossover event with Genshin Impact, coming on July 9, 2021.  The crossover will be coming in the latest v4.9 update dubbed Outworld Traveler. Players will now be able to meet the crossover character Prinzessin der Verurteilung. You can also experience an adventure of technology and magic in the new Outworld Quest event that is co-developed by major in-game factions Schicksal and Anti-Entropy.

The popular character Fischl from Genshin Impact is joining the game as Prinzessin der Verurteilung. Players can claim this SP battlesuit for free upon their first login.  Prinzessin der Verurteilung will be the first archer in Honkai Impact 3rd. Her gameplay is built around weak spot aiming, which allows players to amp up the damage and hit feedback by firing at enemy weak spots. She can quick-fire in conjunction with Oz and cast QTE on the field to assist teammates. Aside from Fischl, another popular character Keqing from Genshin Impact will also make a guest appearance in the crossover story. She is playable in certain story battles on top of guiding players in the story.

The Honkai Impact 3rd and Genshin Impact crossover will be released on iOS, Android, and PC on July 9, 2021.