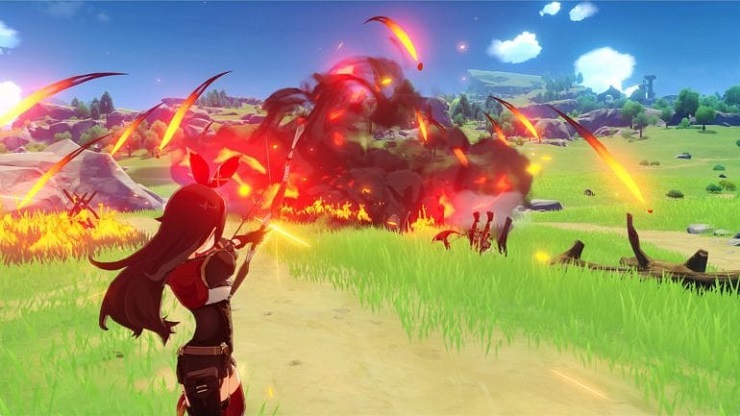 GeForce NOW has extended its library to feature eight new games for Mac users, including Genshin Impact and Car Mechanic Simulator 2018. For those that might not be familiar with the service, it allows Mac users to stream PC versions of games straight from the cloud.

GeForce NOW RTX 3080 members can play on M1 Mac laptops at up to 1600p or 4K resolution on supported displays, for sessions up to eight hours. Along with the Priority plan, players can play with RTX ON for certain supported games like Cyberpunk 2077 and control with real-time ray tracing.

Game saves are synced across each digital store, so those playing on Macs can carry progression across any supported devices. It also means games remain updated with the latest DLC, patches, and expansions. With the addition of Genshin Impact, players can earn rewards through GeForce NOW, such as a starter kit for anyone who opted in to receive rewards by visiting the NVIDIA Rewards redemption portal.

The starter kit comes with 10,000 Mora, five Fine Enhancement Ores, three Squirrel Fish and Northern Apple Stews, along with 10 Adventurer’s Experience points to level up their characters. All players need to do is log into their NVIDIA account and select ‘GEFORCE NOW’ from the header, scroll down to ‘REWARDS.’ and click ‘UPDATE REWARD SETTINGS.’ Then, check the box in the dialogue window to start receiving all the goodies.

The complete list of all eight games added to GeForce NOW are as follows:

Video games are cool. Don't let anybody tell you any different.
MORE LIKE THIS
geforce nowGenshin Impactnvidia

The GeForce NOW Mac Beta is now available in Europe