previous
Battlefield Portal brings custom rules and past maps to 2042
random
next
Velan Studios: "We knew that if they got their hands on it, they'd love it" | Knockout City Interview
0 comments 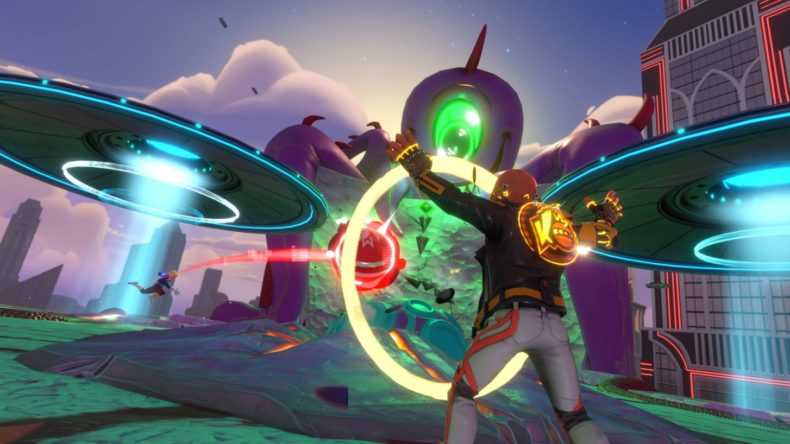 Electronic Arts and Velan Studios have revealed during EA Play Live 2021 what brawlers can expect from Knockout City Season 2. First off it contains a map of ever-changing movie-inspired arenas. There’s also a new ball to experiment with as well as new playlists, gear and rewards. Catch Knockout City’s Fight at the Movies from July 27, 2021.

Check out Fight at the Movies in the official Knockout City Season 2 trailer here:

This season, brawlers can bring their moves to the movies on a new map, the Holowood Drive-in. Players will find movie-inspired playing fields that change in real-time. It can change from the spooky “Cathedral of Horror” to perhaps the charming “Bridge of Love”. Brawlers will need to adapt to the new terrain all whilst trying to wrangle the traditional dodgeball action.

As well as the new map, there’s also a new ball to contend with in Season 2. The all-new Soda Ball is sure to make a splash by covering rivals’ screens with sticky soda as they run through graffiti-covered tunnels and fight for the high ground at the top of a giant pyramid or castle. Players can also arrive to blockbuster matches in style with movie-themed gear, debuting their fresh new looks in a new season of League Play (with its own shiny rewards), tons of new cosmetics, new Playlists, and more.

Knockout City is available now and is free to try up to Street Rank 25 with cross-play and cross-progression.

You can play it on PS4, Xbox One, Nintendo Switch, Origin, Steam, and Epic Games Store. You can also play on PS5 and Xbox Series X|S through backwards compatibility.