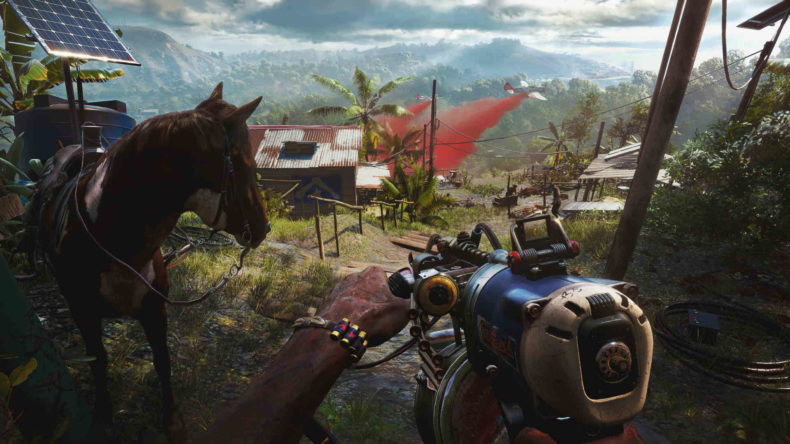 For the first time in a long time, Far Cry 6 changes the series up. Don’t get me wrong, we’re not talking wholesale changes. It’s still a first-person shooter; it’s still got a similar story, and I worry that I’m going to alarm people, but Far Cry 6 now has loot. Oh yes, loot.

I’m not allowed to talk about the opening moments of the game, really, to avoid spoilers. But i do think it’s important to tell you that Far Cry 6 has one of the most gripping opening scenes that I’ve played in a while. Yes, it still has some moments of stupidity where it almost trips over itself, but only the one during the opening scene, and before you know it, you’re in charge of a gun, on a beach, and it’s very clear who the bad guy is and just why you want to take him down.

Similar to Far cry 5, you start off on a segmented island from the mainland and are given a chance to learn the ropes. You’re instantly given a grappling hook and a gun as Dani Rojas, a male or female (you choose) lead who is a military dropout who wants to escape this world, but is slowly drawn into the revolutionary cause. 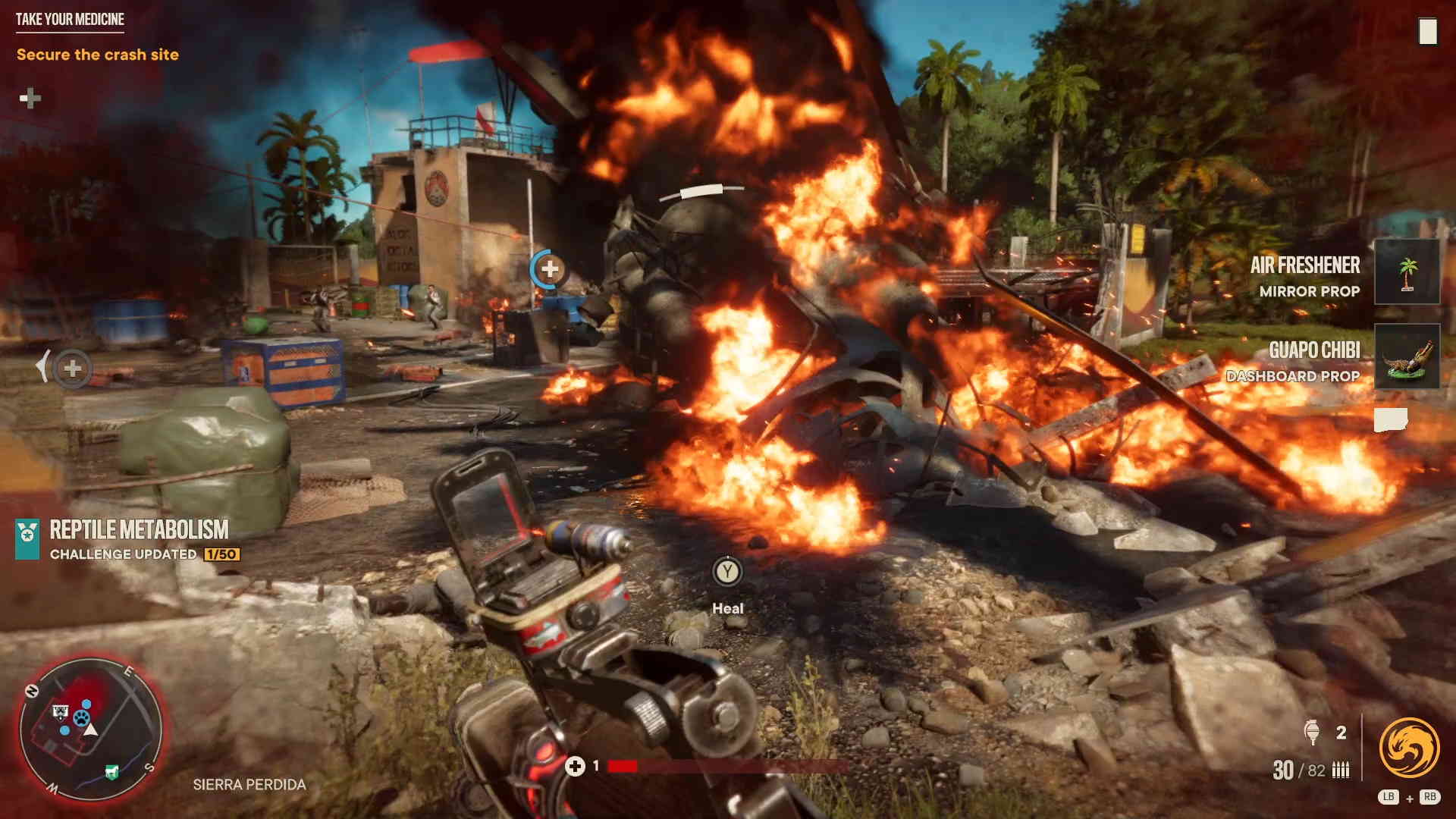 From the off you’re collecting scraps of metal and all manner of paraphernalia that will aid you in your journey, mostly so you can customise your guns to within an inch of their lives. Each weapon — not each type, each physical weapon — can be customised to fire a certain amount of bullets, and all of this means particular guns work better for different situations. We’re talking armor piercing rounds, suppressors, that kind of thing.

Far Cry 6 isn’t afraid to throw a lot at you right away, and I had to learn quickly that certain gear was going to be better for certain enemies. If I wanted to wield a flame thrower (and why wouldn’t I?) then I was going to need to find and equip flame retardant gear hats and gloves. 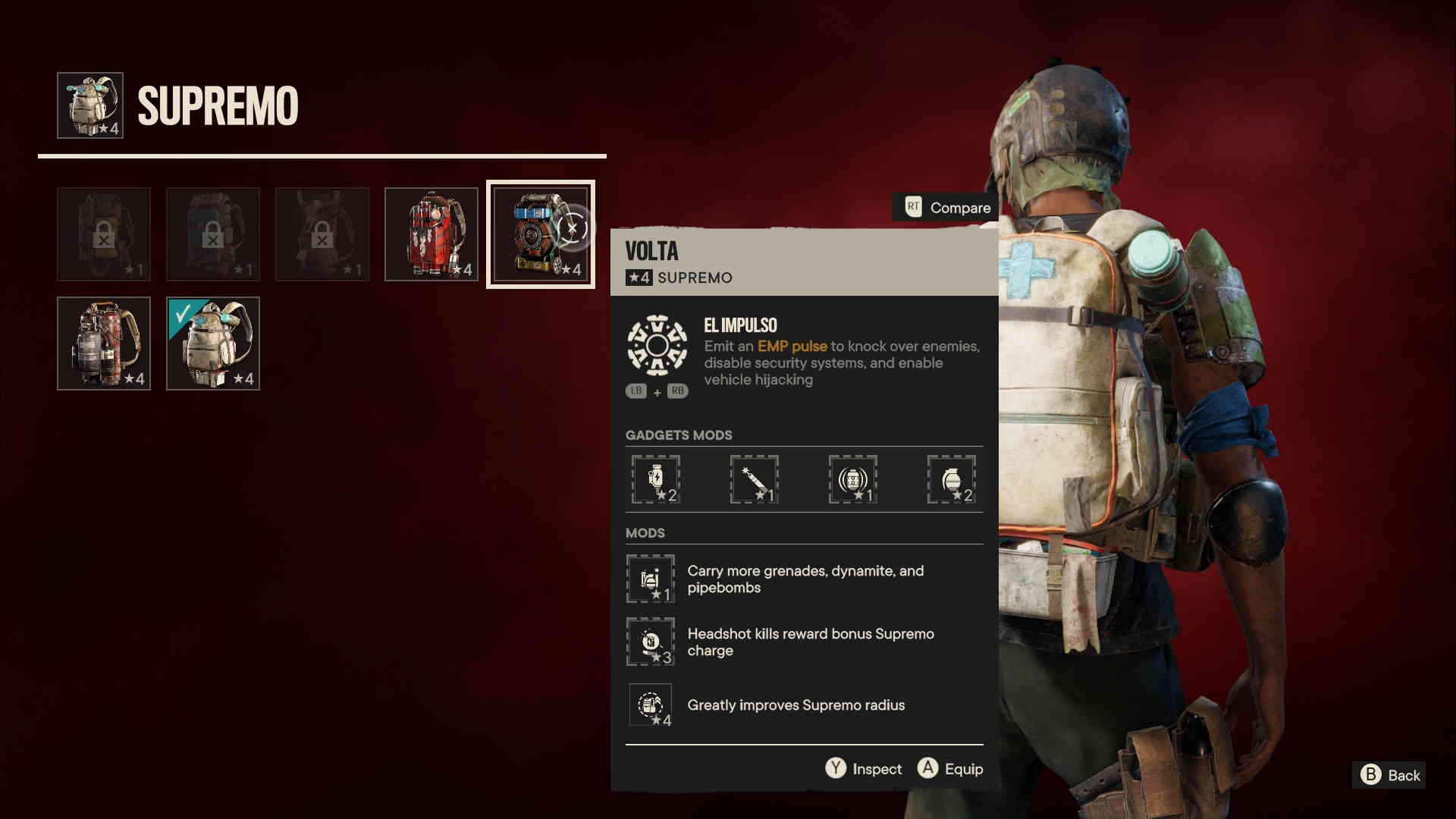 As you progress through the game and do plenty of missions, you will raise your Guerilla rank and you can make better weapons and gear, with better customisation options available. You can find equipment in hidden caches or buy it from the black market, and there’s a lot of it. Seriously, there’s a lot of it, and everything has a perk. Ubisoft is keen to stress that what you carry in your Arsenal (loadout) will affect gameplay. And from the 6 hours I played, I feel that’s an honest and accurate statement to make.

The action in Far Cry 6 is superb, and stealth is better than most other Ubisoft games. Yes, enemies will still not notice as you slowly sidle up to them, side-on. But it feels fresh and I managed to creep around camps and take each enemy, camera, and security station out silently. In fact, for a guy who prefers to go loud, I think so far, I prefer the silent and deadly version of Far Cry 6. Maybe it was my particular loadout, but later on I did get to try out some of the madness that the series allows with a lot of firepower. 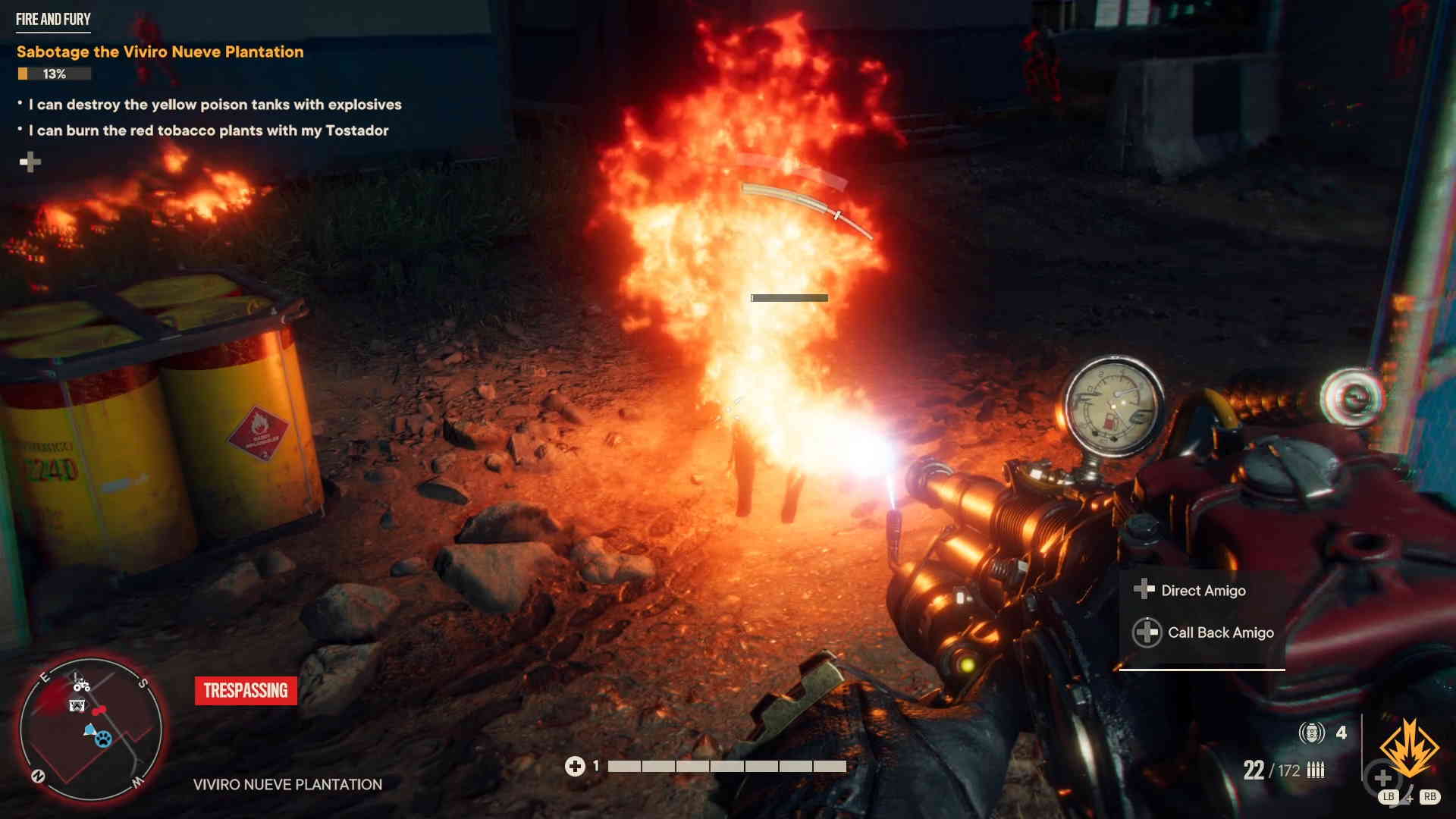 One of the new ideas is the “Resolver” weapons option. There’s the aforementioned flamethrower to nail guns, shock rifles, and more. These all have moddable components that do things like changing projectile velocity, reload time, or even what the projectiles themselves do: impale, etc. Resolver weapons are created from components you find in the world, and they’re badass.

Far Cry 6: you have skills now

Another new aspect is the “Supremo”. A cobbled together backpack that can contain gadget mods and has a unique “ultimate” ability. The one you start with fires homing rockets from your Supremo. But I got to play around with others that allow you to self-revive, or emit an EMP pulse to knock over enemies and disable security systems. And that’s just scratching the surface of the potential loadout opportunities here. 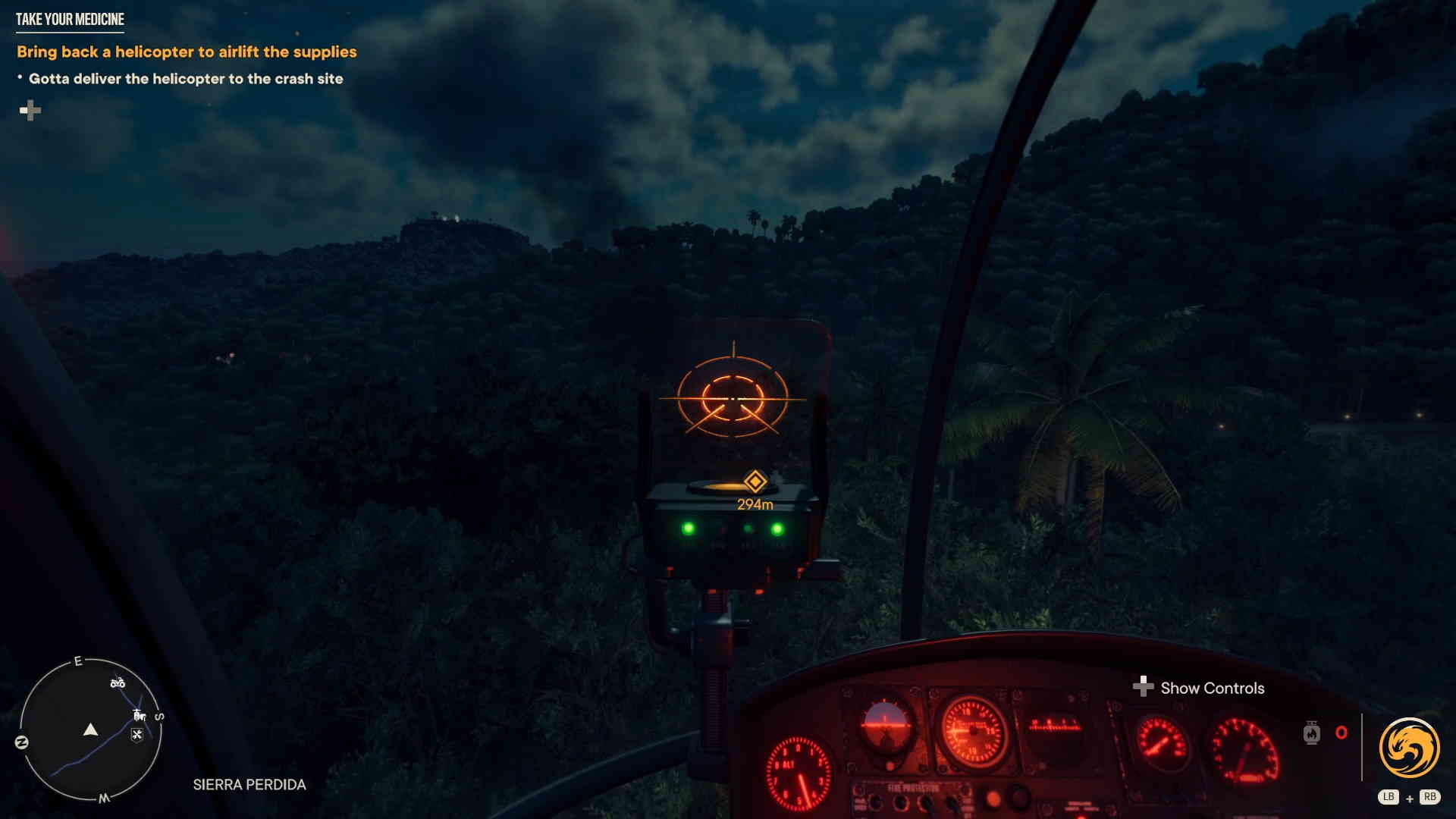 Towards the end of my session with Far Cry 6 I decided to ignore the story and go bonkers. I took out an anti-aircraft zone and grabbed a plane which I flew into the ground for fun. Then I took a helicopter over a boat and then wing-suited down, killing the bad guys. Due to this I accidentally took part in a mission I didn’t intend to, then escaped on multiple boats. I then decided to take the boats and just go shooting random bad guys. Of course I threw sticky grenades at cars. And I rode a horse around while shooting a pistol as if I was John Marston from Red Dead Redemption 2. It’s a testament to the experience that I barely even remembered to tell you about horses being in the game.

Six hours in a Ubisoft game is barely scratching the surface, we all know this. But what I can say is that I had very little interest in Far Cry 6 before playing it. I have enjoyed every one of the games in the series to varying degrees. But I have felt the series needed a rest, and was perhaps only behind Assassin’s Creed in that respect. But like Assassin’s Creed Valhalla, it seems Far Cry 6 changes enough to make it interesting and feel fresh again.

I’ve gone from ambivalence to desperation to play more. I absolutely cannot wait to get stuck back into Far Cry 6 come October 7. Colour me both surprised, and hugely impressed. This time it’s even a fully co-op experience where you (finally) get to keep your own progression. With that in mind, I’ll see you on the Caribbean island of Yara to take down Anton Castillo, pals.