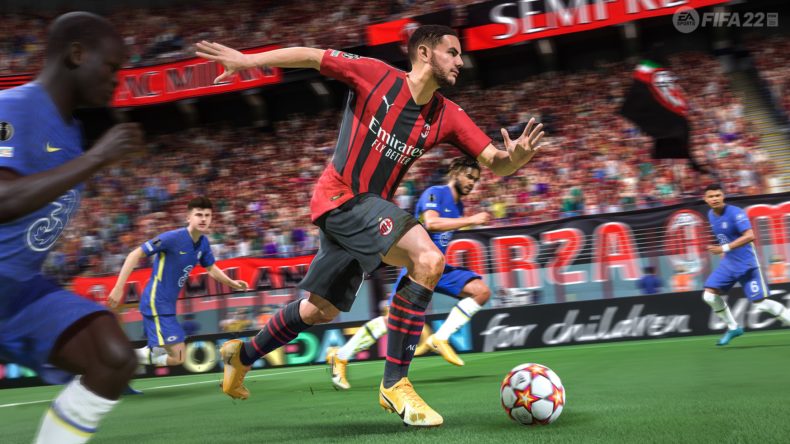 Today, Electronics Arts Inc. and Lega Serie A, the pinnacle of the Italian football pyramid, announced a new partnership. Beginning exclusively in EA Sports FIFA 22, the new agreement includes 14 exclusively licensed teams, bringing more of the unique characteristics of Italian football and each of its storied clubs to the game. The agreement also includes exclusive rights to Serie A activations, including the authentic integration of Serie A into FUT Team of the Week, FUT Serie A Team Of The Season and an all new EA Sports Player of the Month award.

David Jackson, VP of Brand for EA Sports FIFA had this to say:

“This is the beginning of an exciting new partnership with Lega Serie A that allows EA Sports to continue to grow the love of football globally.  This collaboration with Lega Serie A further highlights our commitment to Italian Football. We are ambitious for Italy now and in the future and will grow our presence there with the goal of delivering the most authentic and unparalleled gaming experiences in football.”

EA Sports has also been named Title Sponsor and Partner of Supercoppa Italiana which will be renamed EA Sports Supercup beginning with the 2022-23 season. Fans can expect to see EA Sports content displayed during the season at Coppa Italia, Supercoppa Italiana, and the Serie A Championship games and on its digital platforms. The partnership will also provide the ultimate Lega Serie A gaming experience with the eSports competition eSerie A TIM, which will be exclusively played in EA Sports FIFA.

In July, Electronic Arts announced EA Sports FIFA 22, available worldwide on October 1 and featuring groundbreaking next-gen HyperMotion gameplay technology that elevates every moment on the pitch. With 17,000+ players across 700+ teams in more than 90 stadiums and over 30 leagues, FIFA 22 is the only place you can play in iconic competitions such as, UEFA Champions League, UEFA Europa League, brand new UEFA Europa Conference League, Premier League, Bundesliga, LaLiga Santander, CONMEBOL Libertadores and CONMEBOL Sudamericana.