Tales of Arise | Best recipes to use 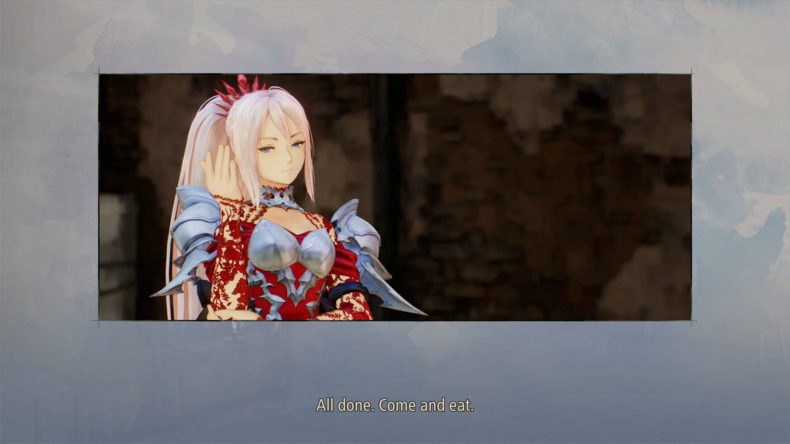 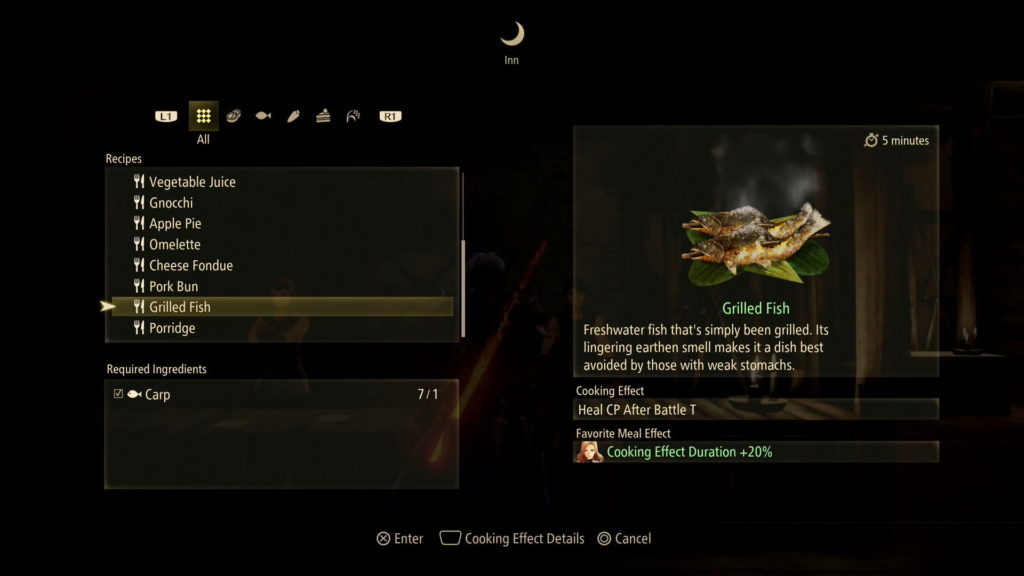 Grilled Fish is an early recipe you can find after you have defeated Balseph in Calaglia. It uses just a single Carp to cook, which can be found swimming about in various bodies of water and can be easily farmed should you need them. However it is the benefit to CP that Grilled Fish provides that adds it to this list. CP constantly gets drained in battle whenever you use Artes to heal, which will likely be a lot. And sometimes campfires aren’t at hand. So having this effect keeps the metric topped up a bit after each fight. This is especially useful if you are facing quite a few grunt battles up ahead.

Click here to find out other ways to restore your CP 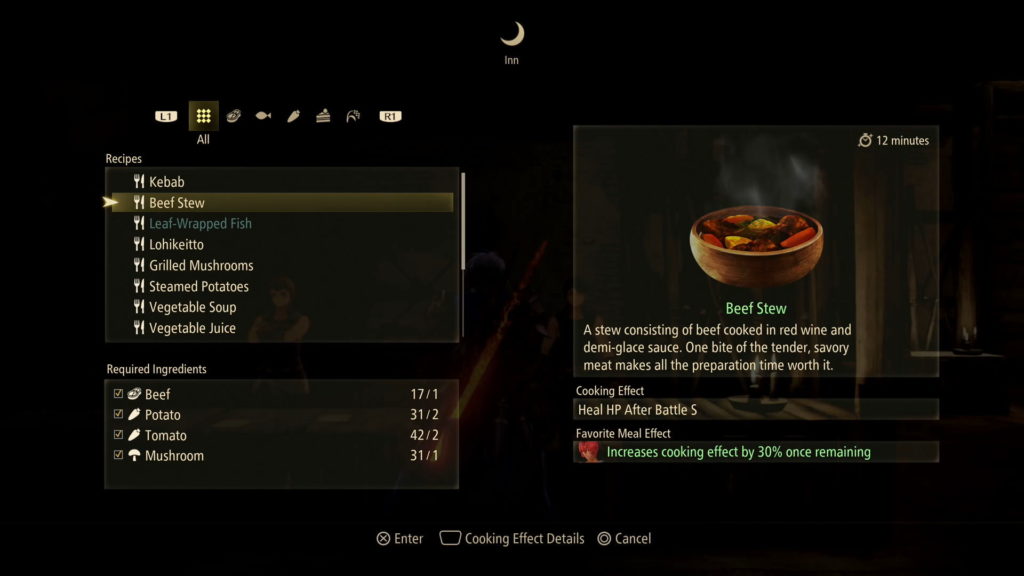 Found later in the game, but it’s hard to argue with Beef Stew and its healthy restoration of 10% of your Party HP after each battle. It keeps you topped up and prevents the unnecessary use of CP in future battles and also keeps your Gels for when they’re really needed. It takes four ingredients to make, but most are fairly common around the fields you can explore, and Beef can literally be farmed in the Ranch if required. 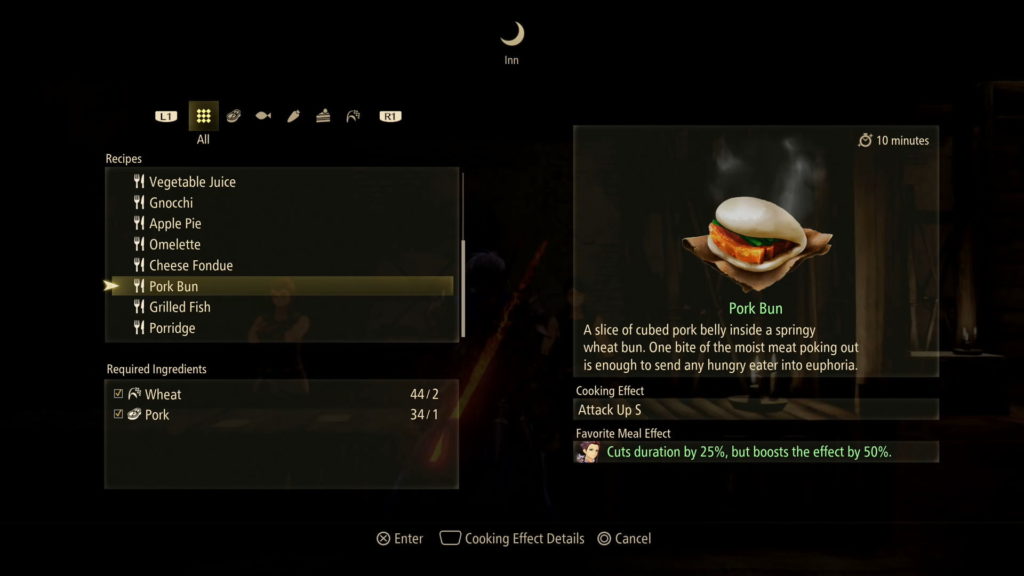 Everyone likes an Attack buff to give them the edge and the Pork Bun offers a tasty 8% increase to Attack for the entire party, which should give you the edge in upcoming fights. Law’s Meal Effect can amplify this boost further to 12% at the cost of the duration by a couple of minutes but is well worth considering. 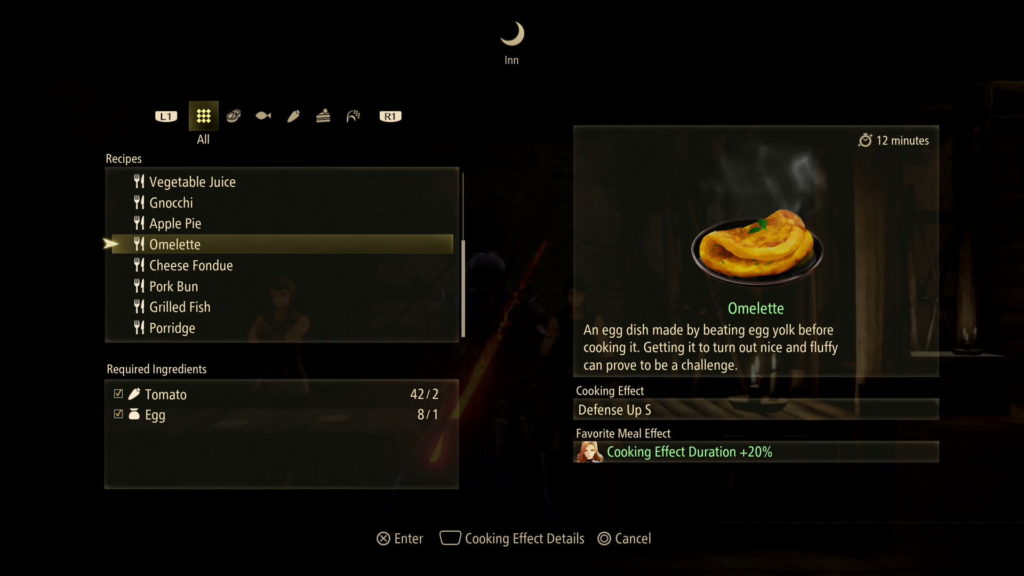 The defence equivalent of the Pork Bun, the Omelette provides a 10% boost to defence for your whole party. This is particularly useful for Boss battles or Unique enemies which can pack a punch from time to time. With only two ingredients, it’s incredibly low cost, and Kisara’s Meal Effect boost is a no brainer to increase the duration by a couple of minutes. 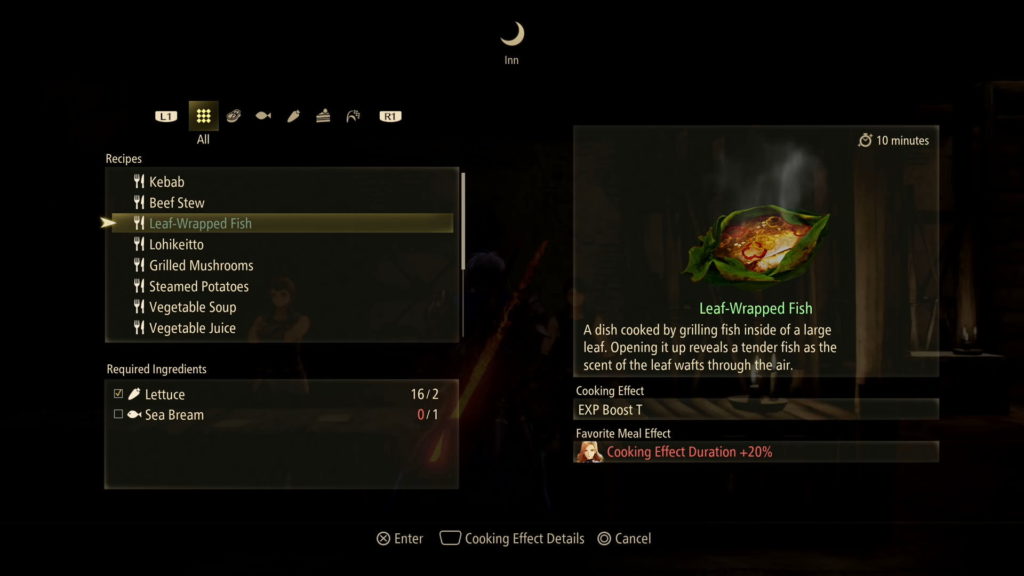 Our final recommendation is the Leaf-Wrapped Fish. The EXP boost it provides means you and your party level up quicker meaning permanently improved stats are achieved quicker. This can put your whole party in a favourable position overall. The Sea Bream will need to be fished separately but can be hunted relatively easily. Best reserved when fighting higher level foes or bosses, or shiny enemies to maximise the EXP boost. Kisara’s Meal Effect should always be added to amplify your EXP boosting window.