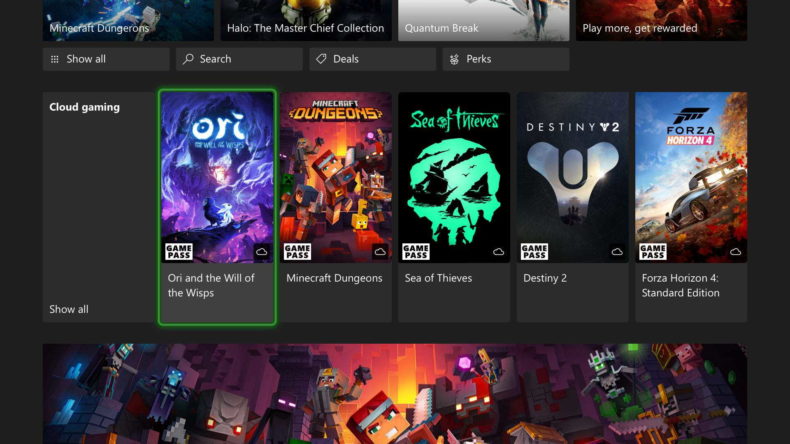 After a week of 20th anniversary celebrations, Xbox has now announced Xbox cloud gaming is available on consoles.

You might be forgiven for wondering what this all means, but it’s a pretty cool idea that gives people who can’t afford the new Series S or Series X consoles a chance to play games on their current consoles via streaming.

Announced back at Gamescom 2021, this service means you could, in theory, stream a new-gen only Xbox game to your old Xbox One console. Here’s what Xbox says it means:

For Xbox One users, cloud gaming also allows you to play some next gen games on the Xbox One console you already own. This means select games that are currently only playable on Xbox Series X|S, like Recompile, The Medium, and The Riftbreaker, are now playable on your Xbox One with Xbox Game Pass Ultimate and cloud gaming. We will also continue to support this capability and expand our cloud game library to include more next gen games like Microsoft Flight Simulator in early 2022.

Flight Simulator is one of the games that isn’t coming to Xbox One, so this offers a chance to play that. Likewise, The Riftbreaker and The Medium are new-gen games only, too. All three of these titles are also part of Game Pass, so it won’t cost you a penny to try them out.

All you have to do is look for the Cloud Gaming icon, and you can just start playing it right away. There’s no wait for a download, just direct access.