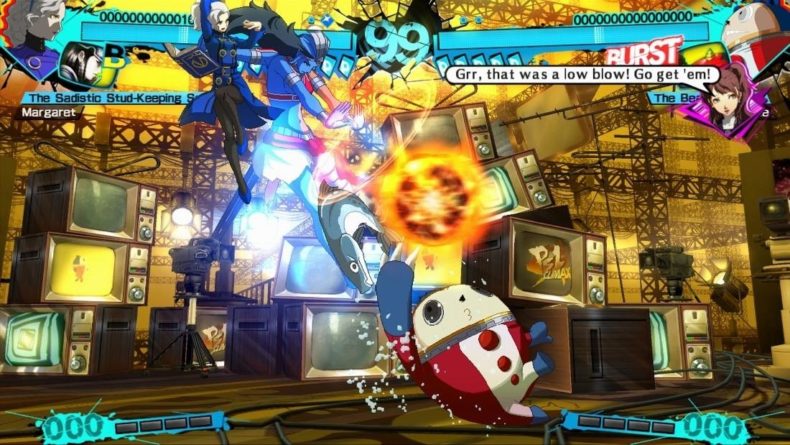 Atlus has released a new trailer to show off Persona 4 Arena Ultimax, the new version of 2012 fighter coming to Switch, PS4, and PC.

No, it’s not Persona 5 on Switch, but it’s a new Persona 4 Arena Ultimax trailer, so get hyped, right? Sorry. It’s not our fault.

Way back in 2014 when Ultimax first came out, James Bowden said this about it: “Usual arcade and time attack modes alongside a list of nigh-impossible skill challenges for every character alongside Arc System Works’ solid online integration. It’s all icing around the superb combat, really. But it’s reassuring to know the usual content spread is present and correct.”

Before that, in 2012, the original came out. All those years ago I had a quick play and did a bad let’s play with Sean Smith, which you can see here.

Here’s the official word on this version from Atlus.

“The stakes are Ultimate, the tension is Maximum, the fight is…the ULTIMAX! Experience the latest entry into the beloved Persona 4 series with a thrilling fighting twist. Join the heroes as they combat an army of Shadows in the P-1 CLIMAX!

There’s also an image that shows off what comes with the game, below. 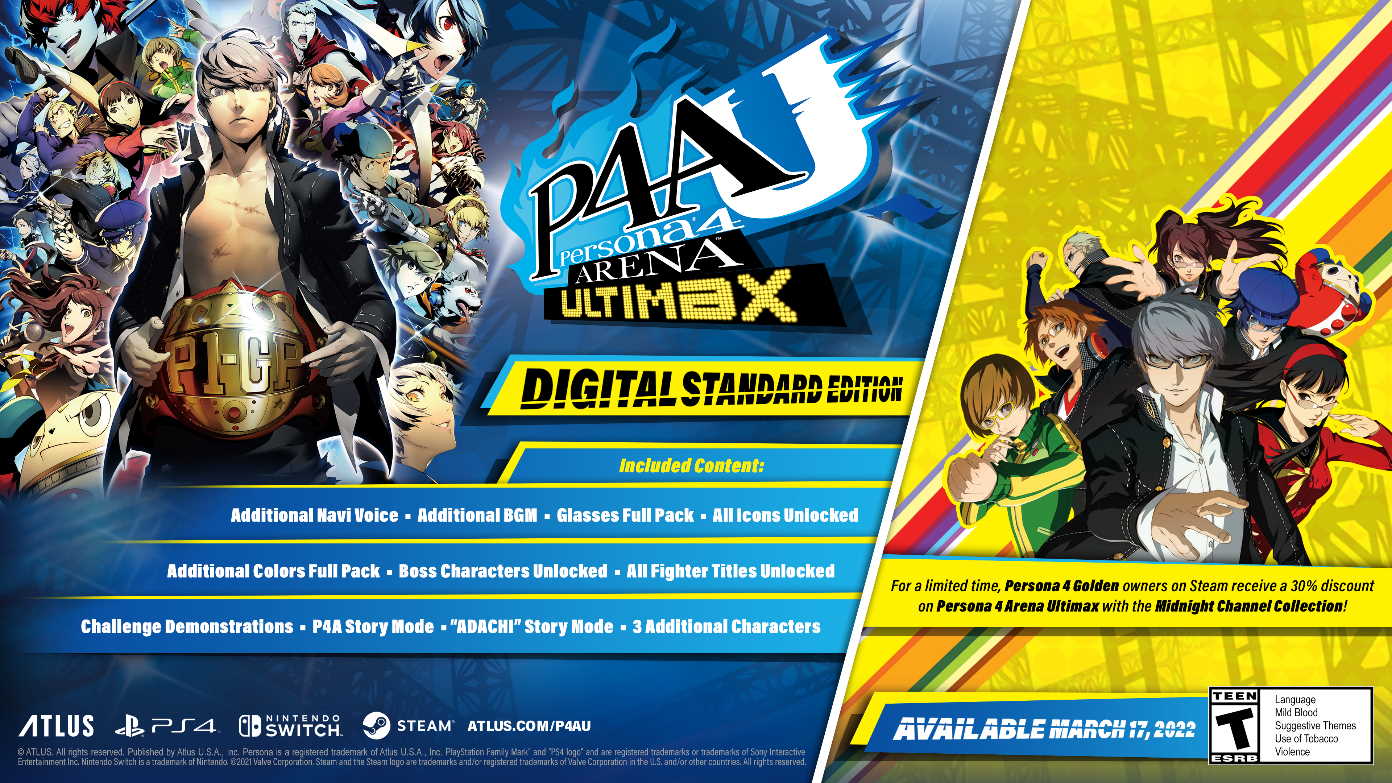 Persona 4 Arena Ultimax is coming to Nintendo Switch, PlayStation 4 and PC (via Steam) on March 17th.