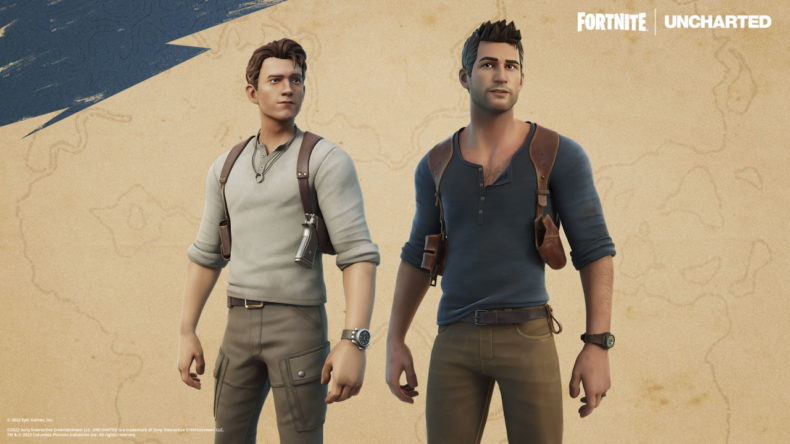 Epic Games has announced a new collaboration in Fortnite that celebrates the Uncharted series, complete with Treasure Hunting and new cosmetics. From February 18, 2022 at 15:00PM GMT until the end of Chapter 3 Season 1, players will be able to find Nathan Drake’s Maps for buried treasure. Once they find the buried treasure, they can use their Pickaxe to dig and find valuable loot.

You can watch the Uncharted Fortnite trailer here:

All Uncharted Cosmetics are available in the Fortnite Item Shop from today.

Fortnite is out now on PS4, Xbox One, iOS, Android, Nintendo Switch and PC.