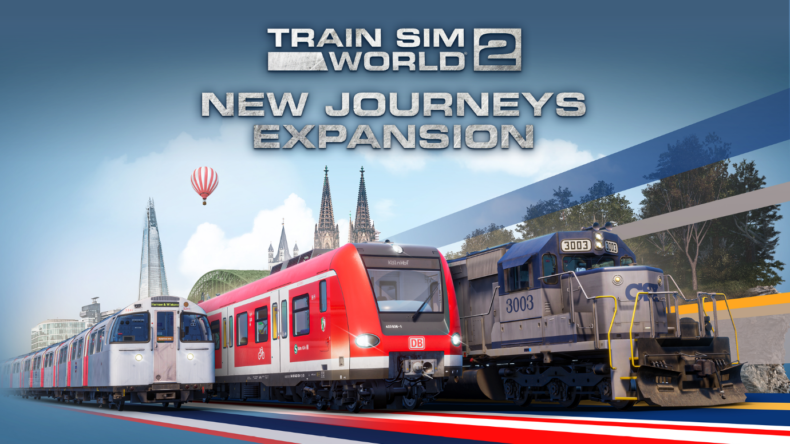 Fans of rail based transport are in luck, as the new Train Sim World 2 DLC is out now. Featuring a bunch of new scenarios and liveries, it’s also releasing alongside the beta for the new Creators Club. If you want to share your custom train content with friends, you’ll be able to do so by joining the club. What have you got to lose?

“Dovetail Games today announced the release of two new updates for Train Sim World 2, their popular and long-running rail simulation title, for PC via Steam and the Epic Games Store, PlayStation®4, PlaySation®5, Xbox One and Xbox One X, and Xbox Series X|S. The New Journeys Expansion is available digitally for $9.99/£8.99/€9.99 and includes new gameplay for Train Sim World 2 with new liveries, scenarios, timetables and more. Additionally, the developer released the free Creators Club Beta update for owners of Train Sim World 2, giving them the ability to share custom liveries and scenarios with their fellow railfans across all platforms.

The newly introduced Creators Club, currently in Beta, is a celebration of the creativity of the Train Sim World 2 community, acting as a home for all user-generated content. Players can use the Livery Designer and Scenario Planner tools to make creations that can then be shared with railfans all over the world for free. Creators can draw from their imagination to create new and unique liveries for the wide range of trains in the game or focus on authentic simulation with official partners who have given permission for their brands to be used, with full details on participating brands available at www.trainsimworld.com. Whether players are making their own content or browsing creations by the community, the Creators Club brings new ways to play with Train Sim World 2.

Take on new challenges and explore more from London Underground, CSX and Deutsche Bahn with Train Sim World 2: New Journeys Expansion. Celebrate the 50-year history of the 1972 MK2 Tube Stock with its original Aluminum & Red livery, with services on the Bakerloo Line to give enthusiasts and commuters a taste of this veteran London Underground stock; enjoy more open-air experience and get in the cab of the classic diesel powered American SD40 in its early CSX Blue & Gray scheme as it hauls heavy freight through the Sand Patch Grade in the Allegheny Mountains; or climb aboard the hard-working DB BR 423 and its Red S- Bahn Köln livery running packed passenger lines in and out of the cathedral city of Horrem and Düren.”