previous
Is it possible to listen to the iPhone?
random
next
Sonic the Hedgehog joins Roblox thanks to Gamefam
0 comments 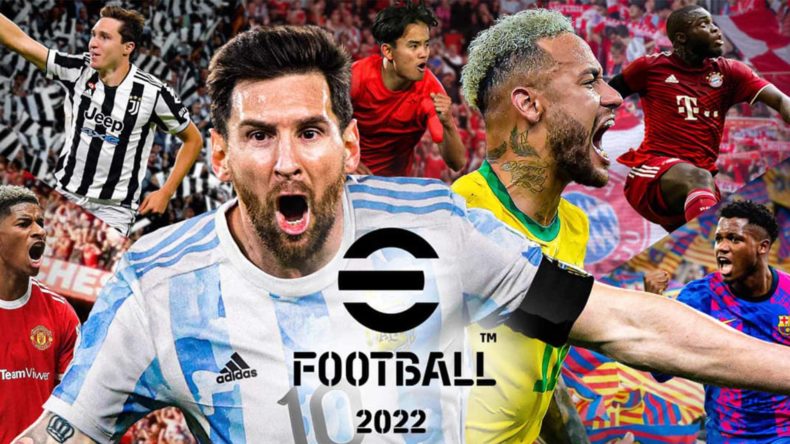 Nearly six months after eFootball 2022 was released, the free-to-play football game has hit version 1.0, which is to say it’s the first “proper” version of the game.

Available on PlayStation 5, PlayStation 4, Xbox Series X|S, Xbox One, Windows and Steam, eFootball 2022 brings with it a host of new features, updates, and fixes.

There’s a massive amount of information to get through, so let’s get the newly released trailer out there, first, shall we?

Along with the new “Dream Team” mode that was previously known as “Creative Team” (a mode very similar to FIFA 22’s Ultimate Team), there are a load of new gameplay changes, detailed below:

Player and ball behaviour, on which football is based upon, have been rebuilt from the ground up. With the help of research institutes in Japan, ball trajectories have been improved. The behaviour of the ball on the pitch was analysed and the factors that affect the behaviour was identified. Based on the results of this research, more realistic ball trajectories in this work have been reproduced. From dipping shots and bending crosses, to top-spin through balls and ricochets from blocked shots — users can now experience realistic ball behaviour within many different scenarios.

Natural player behaviours, and ball behaviours that take rotation, bounce, and friction into account. All of these elements help create the “moment of suspense” that are often experienced in modern football. When dribbling past opponents and breaking through the last line of defence with passing plays, these are the factors that give the exhilaration football fans desire.

In addition to individual player behaviour, engaging in tactical battles by including teamplay elements that are prevalent in modern-day football has also become possible. Individual and team — the bases for these elements have been restructured so that “familiar” scenarios in real-world football will now be replicated throughout matches. Ultimately, these changes made it possible to create a football game in which “football-like” decisions at any given moment could be the deciding factor between winning and losing.

This is one of the most ground-breaking mechanisms that have been incorporated in the game. Low passes, lofted passes, and crosses alike; now users can play all kinds of incisive passes using “Stunning Kicks”. The feeling of making that decisive pass, and the sense of achievement when players break down the opposition, has never been any greater.

The new “Pass-and-run (Cross Over)” enables combinations through “diagonal movements” that are often seen in real-world football. New offensive patterns are created in the center of the pitch and on the flanks.

On this update, the defensive command settings have been changed so that the ball can be taken away intuitively. Player behaviour has also been enhanced to make defensive plays more satisfying. Furthermore, team defending elements have also been added to the game to ensure that the best outcomes can be achieved by making the right decisions based on the football ideologies.

There’s plenty more that’s new to the game, as well as new licenses from Japan and North America, in the form of Meiji Yasuda J1 League, Meiji Yasuda J2 League, MLS Players Association *”MLSPA” players will appear in the “American League” in-game, and the USL Championship.

eFootball 2022 is available for free, now.