previous
Stellaris Overlord expansion is coming this May
random
next
New gameplay video released for Evil Dead: The Game
0 comments 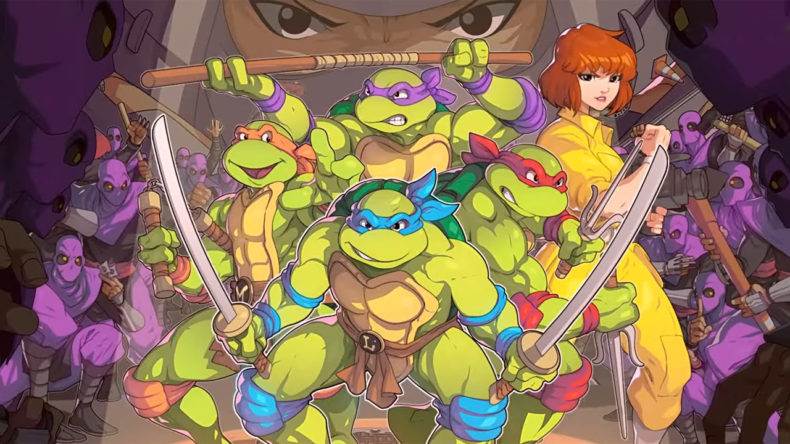 Dotemu and Tribute Games have revealed some cool news regarding Teenage Mutant Ninja Turtles: Shredder’s Revenge, as well as a brand new gameplay video. The original voice cast from the 1987 cartoon will return to voice the characters they made famous all those years ago. There will also be a physical and digital release of the game’s soundtrack.

In the gameplay video, the turtles are shown beating up the foot clan through the first two levels, with famous locations like the Channel 6 studio and the streets of New York. Hearing the original cast belt out their famous phrases while beating up Shredder’s minions is going to be a lot of fun, especially for those of us that were lucky enough to grow up with the cartoon. The returning cast are as follows:

Once the game has released digitally, physical copies will be made available in the US, Europe, Japan, and Asia. Finally, if you’re attending PAX East this weekend, a playable demo will be available for Teenage Mutant Ninja Turtles: Shredder’s Revenge at the Dotemu Booth on the expo hall floor.

If you’re not entirely sure that it’s your cup of tea, just remember it comes from the teams behind Streets of Rage 4, Flinthook, Wonder Boy: The Dragon’s Trap, and Windjammers 2. There’s plenty to be excited about, and it’s always a pleasure to play as the heroes in a half shell.