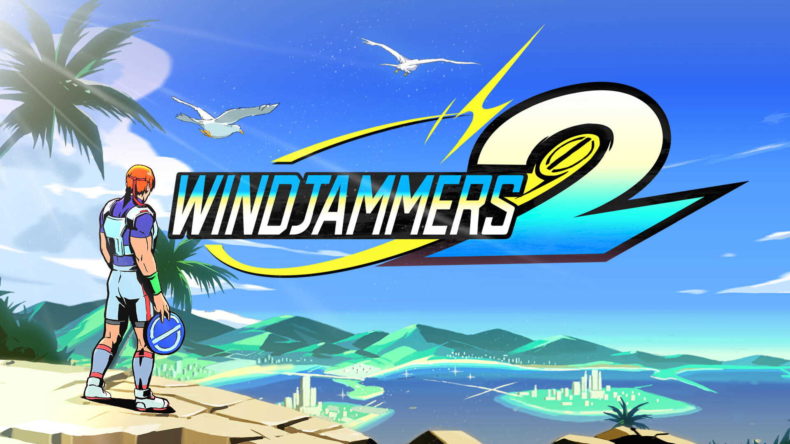 It may not be the first game that springs to mind when talking about the legendary Neo Geo, but for those that have played it, particularly in two player, Data East’s 1994 Pong-with-Frisbees future sport Windjammers is highly thought of and riotous arcade fun. It is rightly regarded as a slept-on Neo joint, and even made it to EVO as a side hustle to the usual fighting game tournaments.

After dragging Streets of Rage kicking and screaming into 2020, retro experts Dotemu have now set their sights on a revival of the flying disc classic, and like their superior scrolling fighter, Windjammers 2 is an absolute corker. 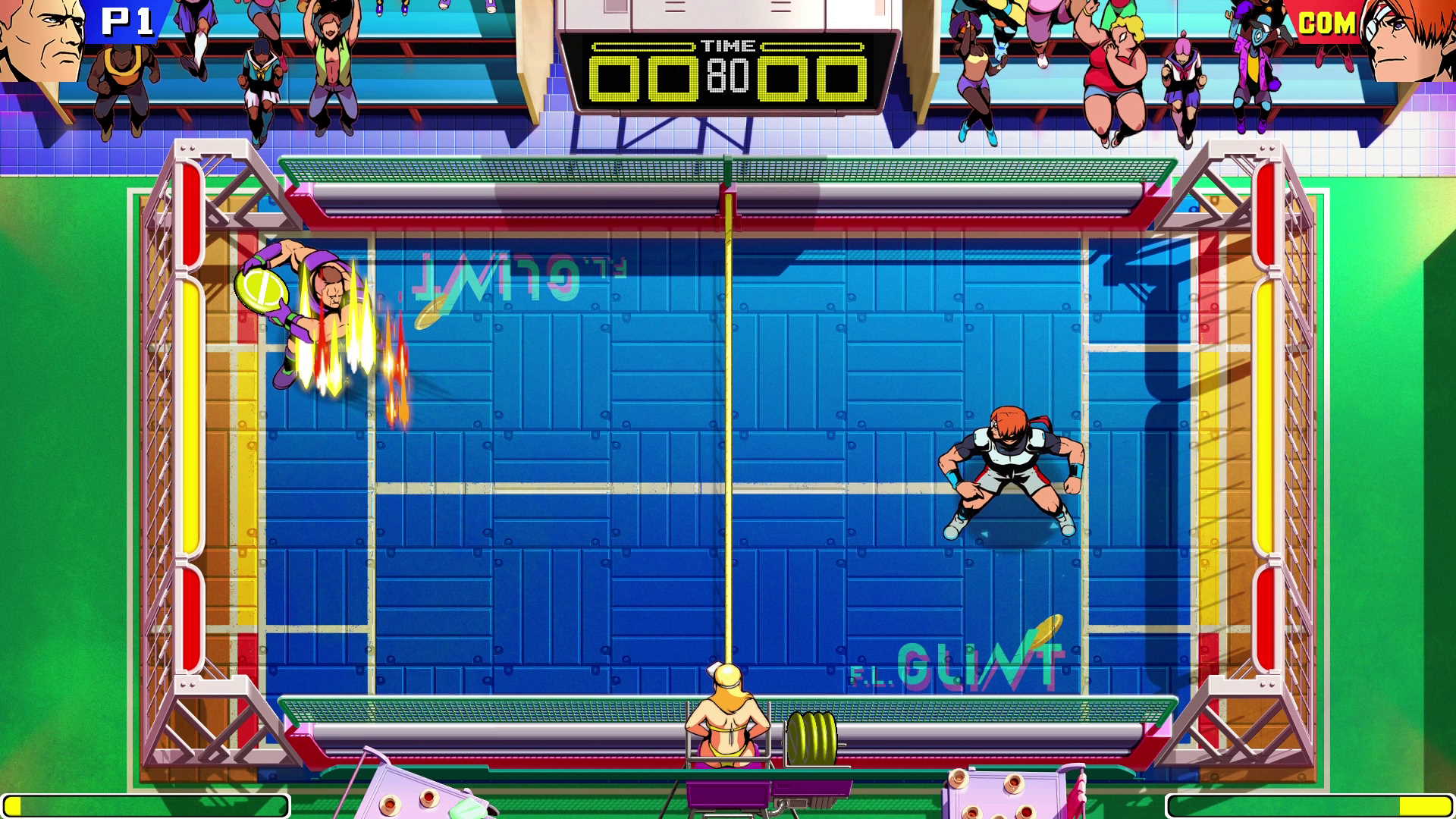 The premise is simple. You pick from a now-expanded selection of buff Frisbee flinging hotties, and face off one on one in a single screen court, with the aim to throw your disc past your opponent into the goal that they are guarding, or use your skill to place a shot that they are unable to intercept or catch.

Different stages have different point-value goals, and each of the characters are distinct in their abilities. Do you go for power, speed, or an all-rounder? Some familiar faces from the first title make their triumphant return here. These include All-American meathead Gary, quicksilver Japanese lass Hiromi, and Teutonic power dealer Klaus. But there are new additions to the roster like enormous wrestler Max Hurricane, and plucky Brit Steve Miller. 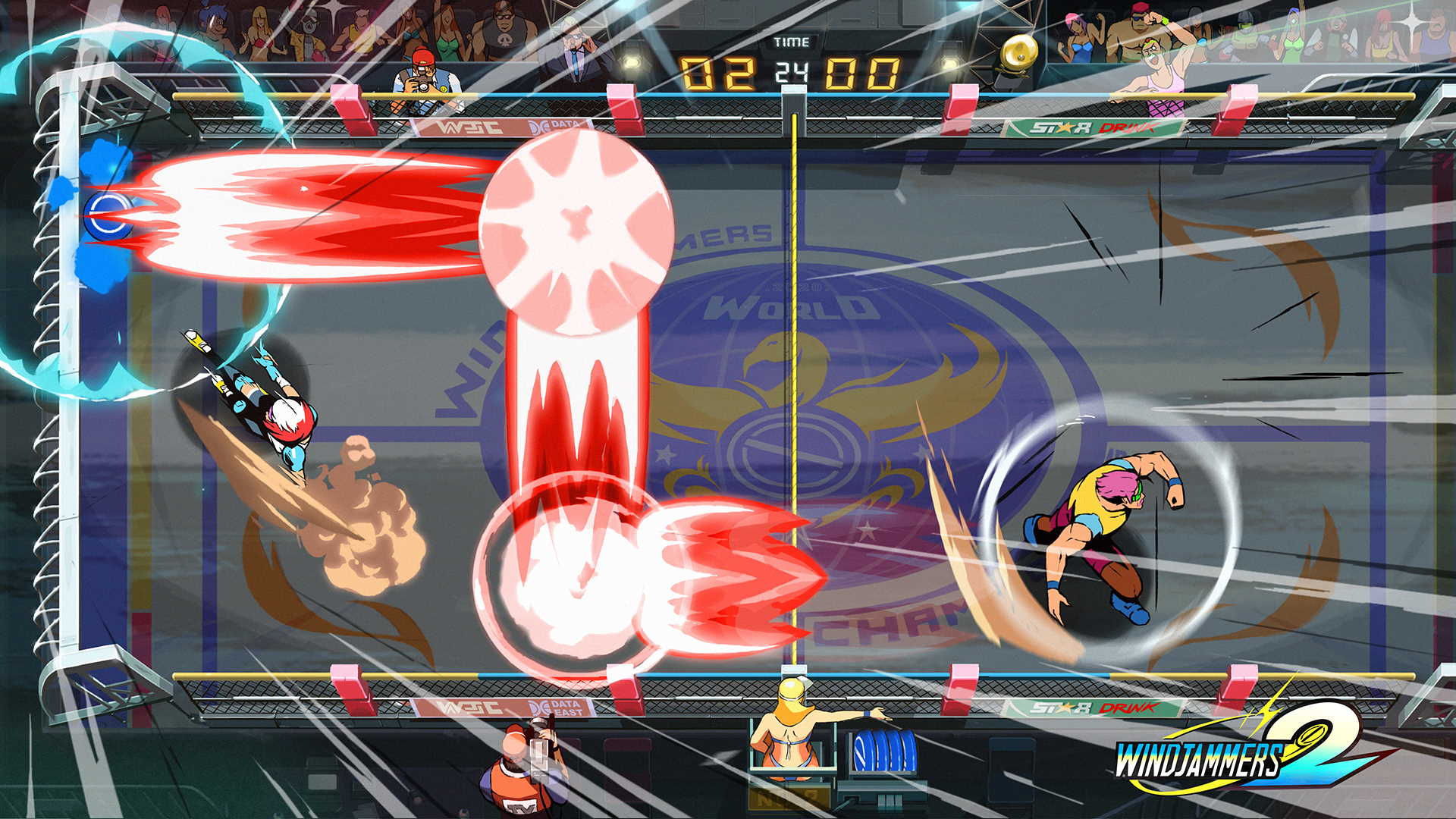 The original allowed you to dash, a-la Speedball, a lob throw, and an EX power shot – but this sequel has some new tricks up its considerable sleeve. There is a slapshot, a curving number, a kind of jumping spike smash, and a duo of the meaty “Power Disc” and defence-oriented Power Toss, which are tied to a beat ‘em up style EX Meter that tops up each time you achieve noteworthy attacking or defensive manoeuvres.

The Power Disc shots can be incredibly tricky to counter and even follow their trajectory, whereas the counter abilities of the Toss soon become quite intuitive and you will find yourself able to use it to transition into a power shot with the right combo of skill and timing. Before you know it, match-ups become incredibly frenetic as the speed of the disc increases as the match ticks down, creating a tension that is reminiscent of the very best one on one fighters, a furious game of air hockey, or even sporting classics like Virtua Tennis. 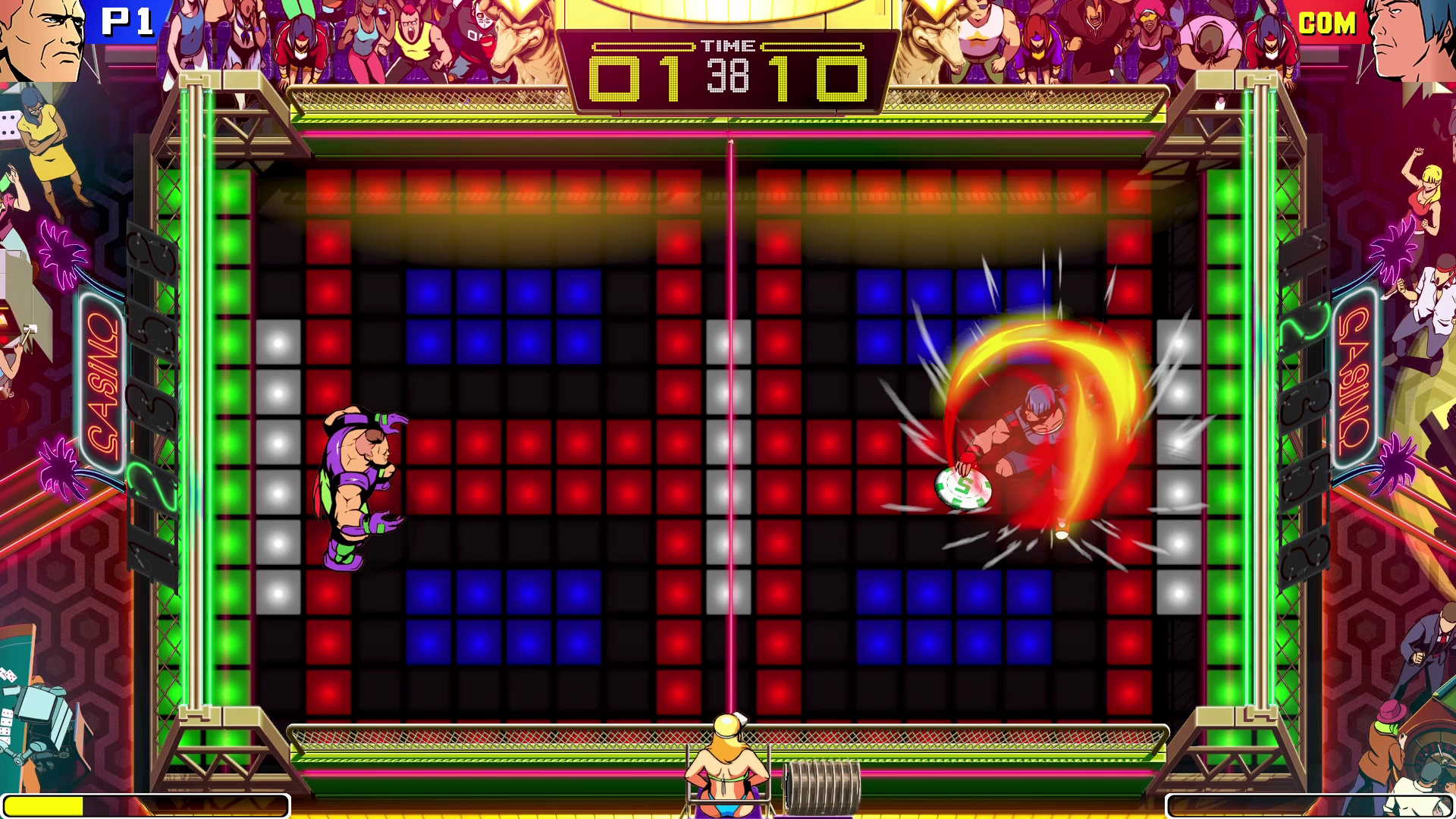 Rather than keep the aesthetic of the original, Dotemu has gone for hand drawn, comic book style sprites which look neat, bold and effective without deviating too much from the chilled outsider sport beach vibes of the arcade OG. In a similar move, the nails hard difficulty of the original in arcade mode is still very much the order of the day. Having said that, it is a game that truly rewards skill, and is far from unfair. Whilst the Neo game had a cursory pre-game tutorial, in the fashion of many titles for the system, Windjammers 2 has a poorly implemented tutorial system which doesn’t actually show you a great deal other than how to execute the moves. A playable training mode would have been a great addition, and is one of very few criticisms I can level toward it.

There is also no real story or cutscenes to speak of. But when the meat and drink of the game is so ace, that can be forgiven. Just like the prized MVS cartridge I once owned, this plays brilliantly with friends and deserves to be a big hitter with online players as well as couch based fans like me.

With the Switch, there’s the benefit of also being able to play on the move. This is something that my colleagues have enjoyed recently huddled around the Switch. It brings out that superb, rowdy competitiveness that any one on one game worth its onions needs. Dotemu are fast becoming a favourite developer of mine for their excellent modern takes on classic games. I cannot wait to see what they have done with the Turtles franchise, and may even start a campaign to bring Neo Turf Masters into this decade for good measure.

Lack of depth and content
Needed a tutorial mode

Windjammers 2 brings out that superb, rowdy competitiveness that any game worth its salt needs, I cannot wait to see what DotEmu does next.