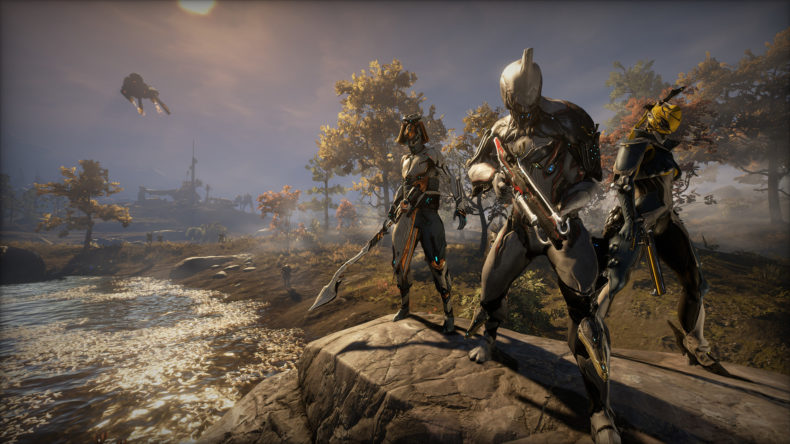 Fans should save the date, because on April 27th Warframe Angels of Zariman launches. With three new mission types announced, as well as a 49th playable Warframe, this is looking like an important expansion for the free-to-play shooter. After the huge success of the previous “The New War” expansion, it’ll be interesting to see how Warframe continues moving into its 9th year.

“Warframe developer Digital Extremes is inviting players to uncover the dark, void-wrecked origin of the Tenno in Angels of the Zariman – a sequel update to the critically acclaimed The New War expansion launching for all platforms on Wednesday, April 27. Angels of the Zariman brings players another chapter in Warframe’s Cinematic Quest saga – a riveting free-to-play sci-fi spectacular with more than 30 hours of narrative-driven, single-player cinematic gameplay. Accessible to players who have completed The New War, Angels of the Zariman soars to dark new heights, providing long-sought answers to some of Warframe’s biggest mysteries around the origin of the Tenno. Alongside a new Quest, Angels of the Zariman brings a wealth of new content and features to the popular online action game, including a new playable Warframe, brand new mission types, customizable player housing, and even more ways to personalize the Warframe Fashion Frame experience through a collection of new Voidshell Skins and other exclusive accessories, including the Valkyr Carnivex Collection.

Venture into the very heart of the Zariman Ten Zero and explore unique locations like the Chrystalith social hub. Here players can meet new characters and friends, customize their own Dormizone apartment, and jump seamlessly into three challenging new mission types without load screens – each a new take on Warframe’s classic four-player missions. Be prepared, though. Mysterious and terrifying new enemies stalk the Zariman’s abandoned halls.”