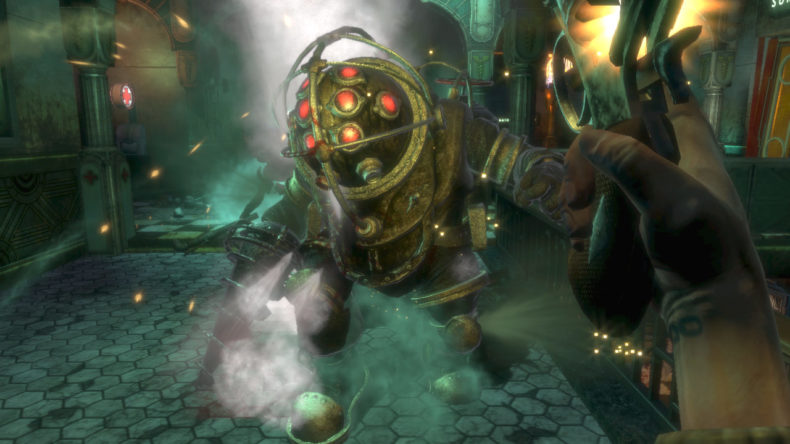 As debuts go, BioShock: The Collection is pretty damn good. All three of the original games, with all the DLC, and it’s hitting Epic Games Store for the first time, entirely for free.

BioShock: The Collection will be free from May 26 until June 2nd, so maybe grab it even if you don’t have time to play it right now. The series to date has sold over 38 million copies, and according to 2K is “one of the highest-rated first-person shooters of all time”, based on Metacritic average ranking across the available platforms.

Just to be clear, after June 2nd the game won’t be disappearing, it’s a permanent addition to the Epic Games Store, but it will only be free until then.


We actually reviewed BioShock: The Collection twice, first in September 2016 for Xbox One, where Mick gave it a 9.5/10 score, saying “While they vary ever so slightly in quality, with the original, for my money, edging out the others and number 2 valiantly bringing up the rear, all 3 games are incredibly playable and deeply compelling”.

Four years later, the entire collection came to Nintendo Switch, where I said that it’s “Three great games packaged for new and old players that look and run well. Not the best versions, but it’s a nice to have BioShock: The Collection on Switch”, awarding it an 8.5 due to it simply not being the best way to play.