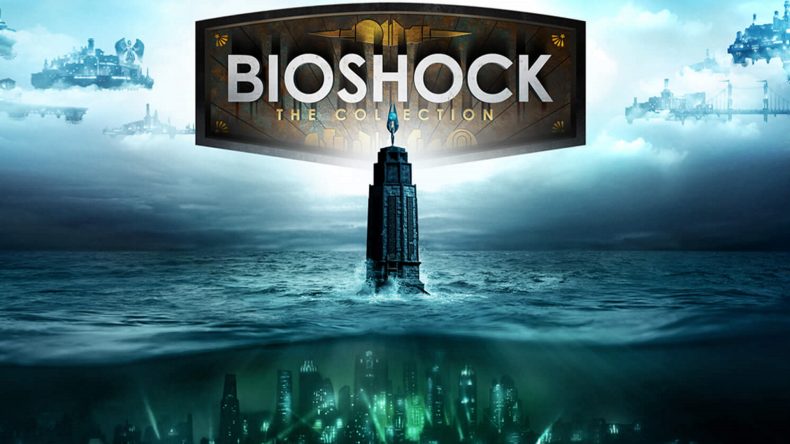 Now and again, Nintendo’s bundle of joy throws up a surprise that, in all honesty, shouldn’t actually be that shocking. It shouldn’t startle anyone to learn that a thirteen year old game that was on Xbox 360 and PS3 runs well on Switch, but it’s rare you see these kinds of games on the console without some form of concession. Doom looks rough as a badger’s arse, Overwatch has half the frames, and The Outer Worlds has multiple problems, though it’s admittedly a miracle it runs on the hybrid handheld-home console at all. BioShock: The Collection can add to the list on the other side of the spectrum, then, as this is a cracking package that is well worth investing in.

But the BioShock collection had already been remastered for Xbox One, PS4 and, I suppose, PC. Ported by a developer with previous for getting the most out of Switch ports and, indeed, the other collections in XCOM 2 and Borderlands run well, too. What we’ve got here is a very nice looking (though obviously not 4K) set of BioShock games that run smoothly with nary a frame-rate hiccup that I spied in my time across the three games. First up, the one that started it all. BioShock still has a brilliant opening, full of dark, foreboding moments and one of the best twists following some of the most wonderfully written foreshadowing in games from that era. Like all of the games included in the Collection, there is bonus content galore, including a museum so large and packed with things to explore, you can actually save your game and revisit another time. That said, BioShock has aged, it almost feels like someone was harsh in the editing suite because there’s none of the pomp and circumstance of the most modern games; you just start playing and it’s on. It still ends abruptly, too, and the controls don’t feel right.

The red-headed stepchild of the bunch, BioShock 2 is a far better game than ever given credit for. Yes, it very much felt like BioShock 1.5 at the time, but the excellent Minerva’s Den DLC is included, and although the actually-decent-at-the-time multiplayer has been removed, I’d still say BioShock 2 is worth playing for the story and how it flips some mechanics on their head a bit.

Infinite then, also includes all the DLC (the alright Cash in the Clouds, and the far-better Burial at Sea episodes) and, yes, it’s still the best of the bunch. With a story that feels like it properly bookends nearly ten years of games, it’s the one that feels the most mechanically familiar, as Irrational put the jump button in the right place on the controller. Playing this one again is like seeing an old friend after years apart: the glorious bright visuals; the incredible voice-work, and never forget the music, or how it arguably brought Troy Baker into the fore as a rival for Nolan North in the voice-actor department. Infinite remains one of the best games from the Xbox 360-era, despite what people will tell you years later: just be prepared for an awful lot of religious zealotry. But really, you’re buying in for one of two reasons: firstly, you have never played BioShock, or haven’t played them all, and love your Switch. In that case, you’re getting three incredible games that will take up a large amount of your console’s storage. The other reason is that you just love the games and want an excuse to revisit them. While I can’t fully endorse playing them in handheld mode where (don’t worry) they look and run just as well, because of the discomfort I get when playing first-person shooters on Joy-Cons, it’s still a marvel just to “have them” sit there on the Switch dashboard in all their glory.

The price isn’t too steep and you’re getting a lot of game here. Time will tell what the next BioShock game will be, but no matter what it is or how it’s received, these three games have stood the test of time thanks to writing that hooks you in, worlds that invite you to explore, and characters that are unforgettable. Are these the best versions of these three games? No, of course not. Are they still worth playing on Switch? There’s always a lighthouse… (Yes. That means yes, but only if you really want to and have the money).

Massive download sizes
Controls are unfamiliar in some of the games

Three great games packaged for new and old players that look and run well. Not the best versions, but it's a nice to have BioShock: The Collection on Switch.