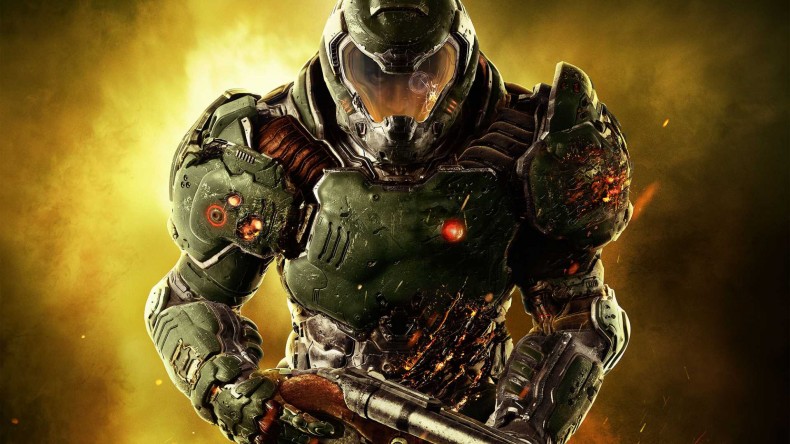 Doom was a surprise, really, because it was most definitely is one of the best FPS campaigns in a long time. It ran like a dream on all platforms and is the first mainline release to be worthy of the Doom name since the late 90s. Having used the Switch on a daily basis since launch, I’ve become on of those people now. Yes, I want everything on it and while having discussions of possible releases on the Switch, I joked about Doom with friends only to be shocked like everyone else when it was announced in the Nintendo Direct. Portable Doom has been on my mind ever since, and having played the game on literally every platform it is safe to say that this is the real deal. But there have been compromises.

Out of the big name ports on the Switch, NBA 2K18 is a great conversion but EA Sports FIFA 18 is not. Doom is nearer to NBA 2K18 in terms of port quality than something not worth buying like FIFA in its current state. It is the full experience and content minus snap map. While NBA needed a massive download to play, Doom has the campaign and arcade mode playable on card, but you need to download the multiplayer separately. This is a compromise I am fine with because despite owning and playing it everywhere, the multiplayer never really grabbed me. Arcade mode on the other hand is something that will sell this port to people for a variety of reasons. While there will be loads of new fans playing for the first time on the Switch, there are going to be people like me who are double or quadruple dipping to have a portable version. The campaign is a blast to play but arcade mode lets you revisit later or early areas and customize loadouts and just plain have fun without worrying about things. Having this unlocked from the get go is brilliant.

First impressions weren’t great, however, because it literally crashed for me on trying to start a new campaign. Thankfully in my ten hours plus of playing since then, I haven’t encountered any crashes. The big hurdle was getting used to the Joy-Cons while playing in handheld mode. This is the first quick-input, fast-paced game I’ve played in this configuration and it took some getting used to. The Pro controller works great on the other hand from the start. After a bit of tweaking to camera sensitivity, I was good to go. I haven’t been able to get a game of multiplayer as of this writing but playing with bots wasn’t a visually pleasant experience.

There’s no beating about the bush when it comes to the visuals here. They aren’t great. Panic Button has clearly prioritised running at a consistent frame rate (which is always better for shooters) but it is a big step down from other platforms. In handheld mode, I was mostly satisfied with the visuals. Some areas with volumetric lighting and lots of smoke effects have a noticeably low resolution look. The big problem is in docked mode. It looks bad when played on a big screen. If you intend to play Doom on TV, get it on anything but the Switch, basically. Being able to do glory kills on a Cacodemon which look badass is one hell of an experience on a portable device. The arcade mode even suits pick-up and play for getting a run in when you’re outside. There are a few bugs though. The image for Campaign mode on the main menu uses the Arcade Mode cabinet image instead of the Doom artwork so there are two blocks on the main menu with the same image. The text for pickups and some of the in-game interface elements is too small on handheld. I hope they patch in bigger text for handheld mode. The implementation of HD rumble is nice although a bit too subtle. There’s a slightly different feel to using the different weapons but developers need to allow for a more pronounced experience with this feature. I want to be able to feel the glory kill.

If you’re buying this to play Doom on a portable console, I can easily recommend this. Just keep your expectations in check for the visuals. It plays surprisingly well (even at 30fps) after a bit of getting used to and fits one of the best shooters in years onto a great portable platform. Panic Button has no doubt done a great job with Doom, and I look forward to seeing their port of Rocket League next. Now it’s back to slaying demons at Starbucks for me.

Looks bad when docked
Some bugs

Almost everything I wanted out of the port, but it is only worth picking up if you plan on playing handheld only.