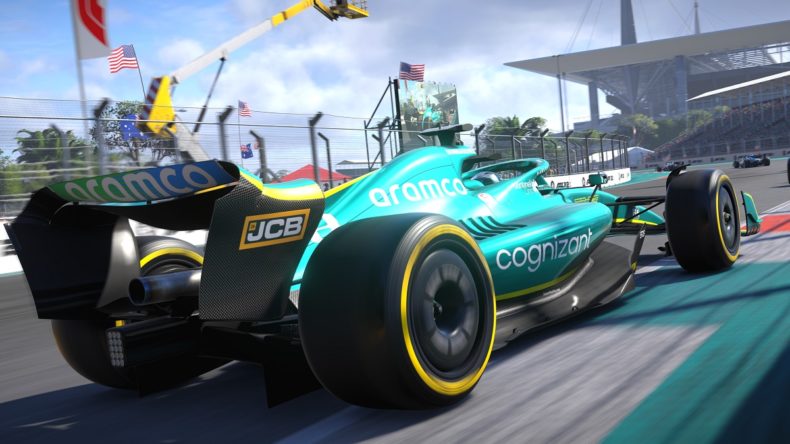 With EA Sports officially marketing the new F1 game under a name, it marks an exciting time for racing fans. F1 2021 was an exceptional racer that stayed true to the sport, offering unprecedented realism and a welcoming style of gameplay that satisfied fans of every skill level. EA Sports F1 22 isn’t out until July, but we were given access to a preview of what to expect, including the brand new Miami International Autodrome track that only yesterday made its debut in the sport. If you enjoyed last year’s entry, you’re going to love this.

The controls for EA Sports F1 2022 do feel different to the previous title, mainly because of the change to official rules. One of the most obvious changes is how the cars feel weightier at lower speeds. When slowing down for corners, the cars are a little sluggish, so when other drivers are tussling to get past, a wrong decision can greatly affect your positioning. On the other hand, when you’re at high speeds, the handling feels a lot tighter. There’s less chance of spinning out if you’re familiar with the track, as the tires grip to the tarmac and allow you to flow around corners with more control. 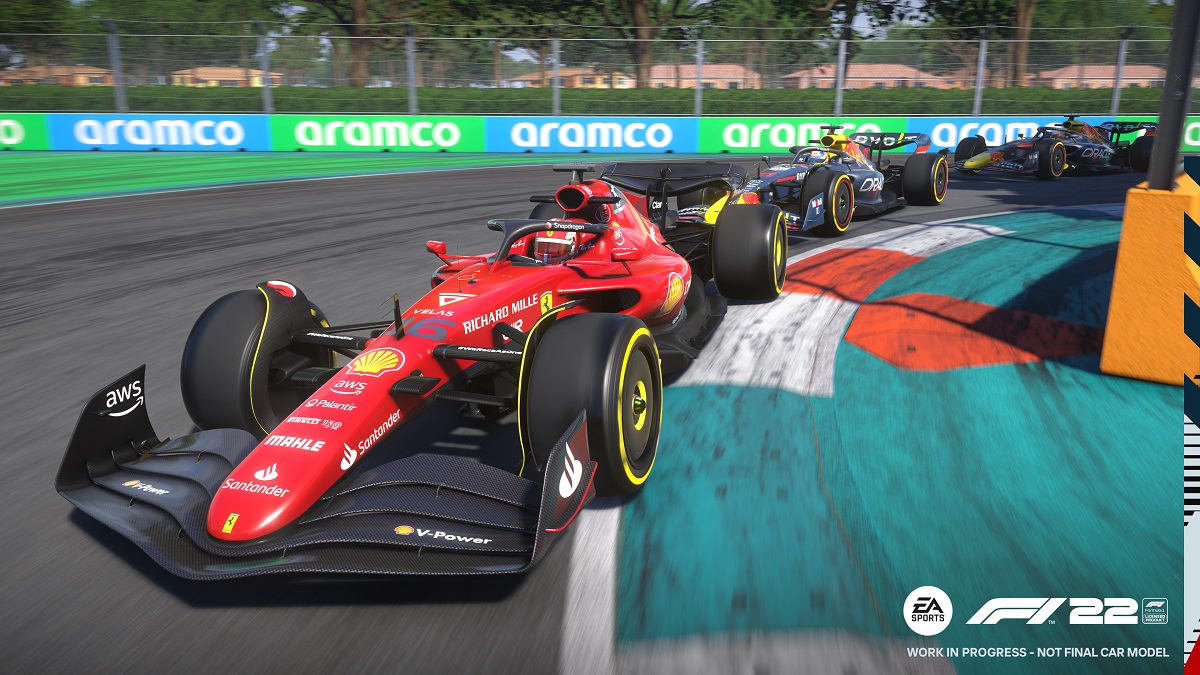 Another noticeable change is how careful you need to be on the throttle. Maintaining moderate power gives you better control of the engine and keeps you from spinning off course. Giving your car too much juice heading into corners or coming out can force you to lose authority of your vehicle. These changes work great overall, both matching the realism of the current sport while offering a refreshing way to approach every race. EA Sports F1 2022 is so enjoyable to play, yet it manages to bring new challenges when approaching similar tracks such as Silverstone or the Red Bull Ring.

The newest track to feature in F1 is the Miami International Autodrome. The 19-corner track is a welcomed inclusion to the game, as it makes full use of the gameplay changes. Many of the corners are narrow and difficult to take if other cars are nearby, and with only three DRS zones, there’s more reliance on skill when breaking and easing through tight turns. It looks phenomenal as well. Gorgeous palm trees and a blazing sun bearing down on the Hard Rock Stadium make it stand out from other circuits, thanks to not only the different type of race players will have, but how vibrant and colourful it looks. The colours of the Miami Dolphins emblazon the ground, making it a beautiful addition to the new game. 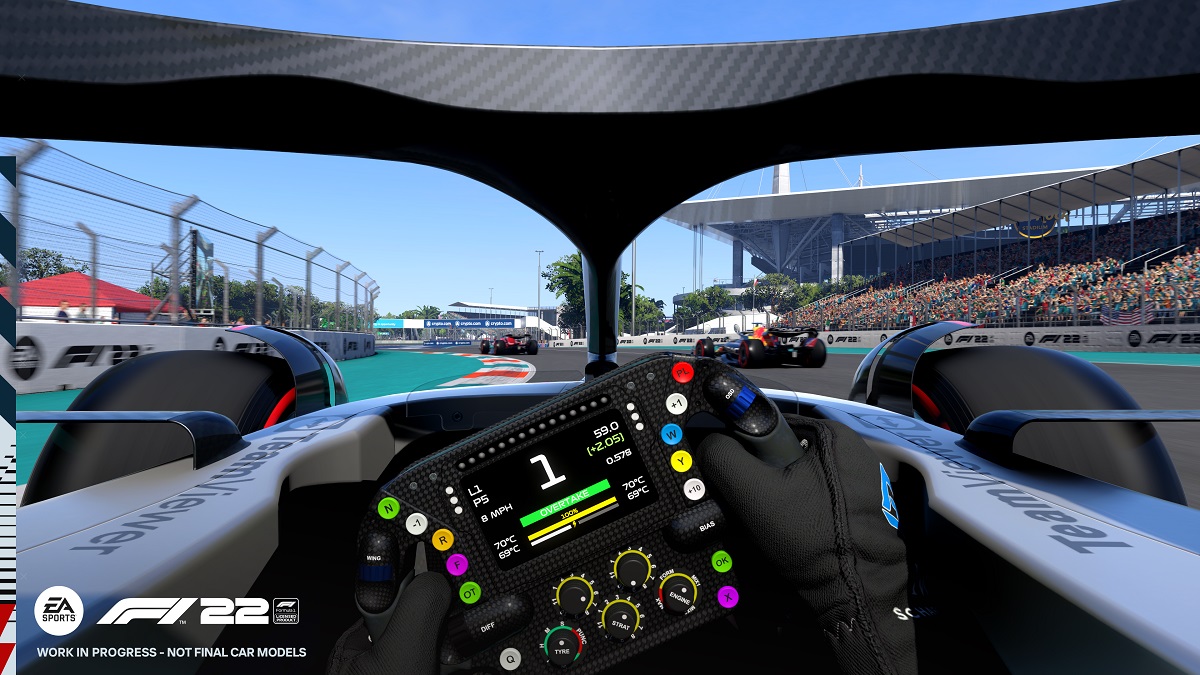 Other new features include the Sprint Race which debuted last year at the British Grand Prix. It offers a fast-paced challenge where drivers go flat out around the track for a chance to pick up some points in the standings. For fans that prefer to play in Casual mode, the AI now reacts differently to how fast you go around the various courses. There are two settings to the adaptive AI, with Normal meaning AI adapts to your position on the track, and Full which sees them not only adapt to your position, but change their speed and competitiveness accordingly. This change brings more of a challenge to Casual, something I felt was a bit too easy last year.

There’re new settings for Formation Laps which allow you to take part in them if you wish, or simply watch them unfold with the pomp of the broadcasting quality fans are used to. This also goes for pit stops, where you can manually turn in and get an optimal break in the race, and the safety car, allowing you to play this section yourself. These small touches add another level of immersion to the experience, but if you’d prefer to watch these unfold in the broadcast, you still can. Presentation of the race weekend is exceptional, so it’s understandable if you’d rather bask in the fantastic work EA and Codemasters has done to bring you as close to the real thing as possible. 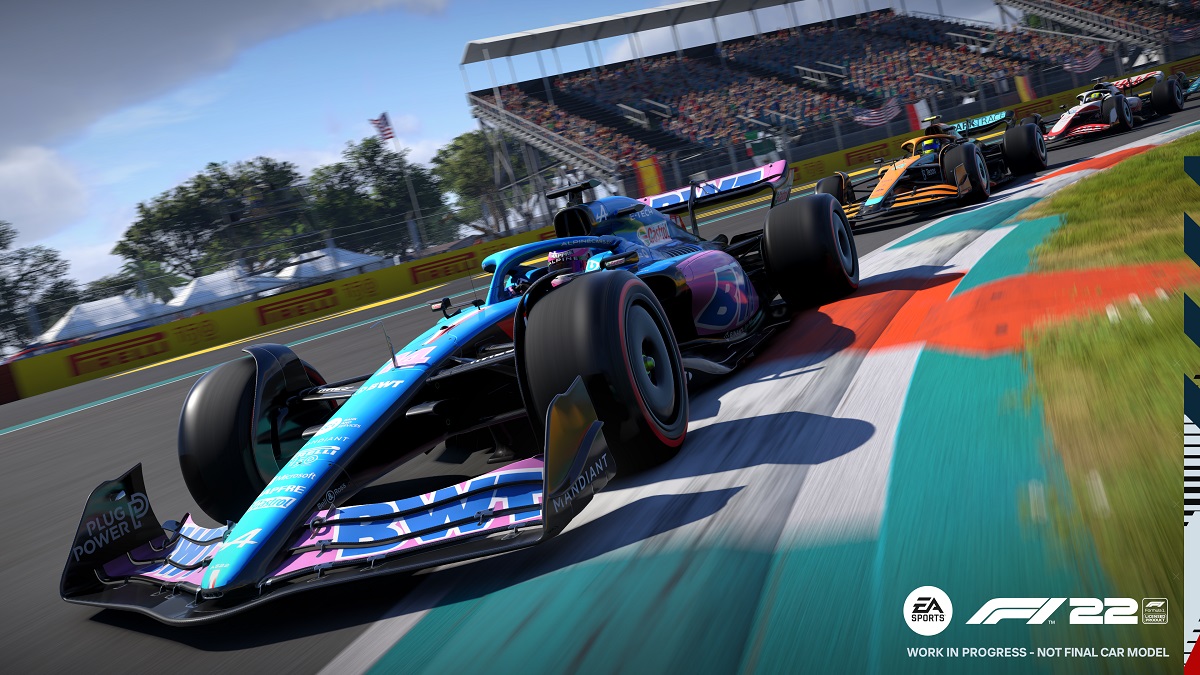 Although there’s still a lot left to witness from EA Sports F1 22 such as F1 Life, the story mode, and full seasons, I’m confident that this will trump the previous instalment in a big way. The changes to gameplay have offered a new way to play while still feeling familiar, and the new Miami track is spectacular. It’s great to see Sprint Races in the game, and the added level of immersion in regards to taking part in formation laps, driving the safety car, and pit stops provides further reason that EA are head and shoulders above other developers when it comes to building the best racer available.

Video games are cool. Don't let anybody tell you any different.
MORE LIKE THIS
CodemastersEAEA SPORTS F1 22feat