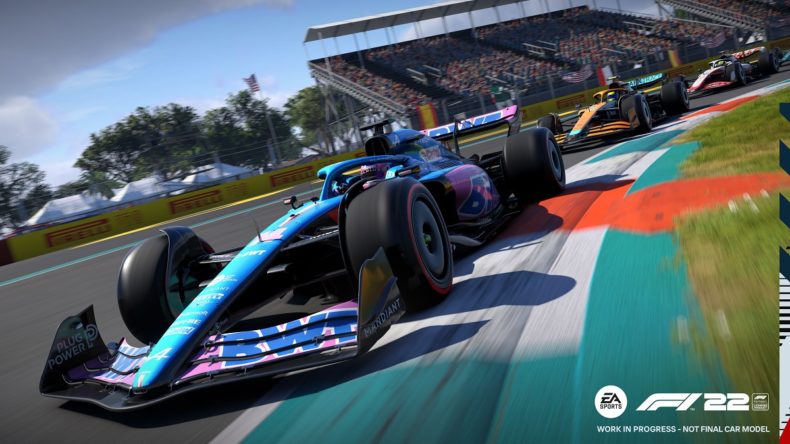 EA and Codemasters has announced that EA Sports F1 22 will have life-life tracks in the new game, and not only that, but they’ll be updated to mirror the real-world changes that have happened to three specific tracks.

Spain will have the same changes to turn ten, matching those introduced in the real life for the postponed 2021 race, while turns 10-14 have updated off-track areas, along several “sausage kerbs” around the circuit. EA has also released a hot lap of the F1 22 Spain track which you can see below.

Australia has been remodelled for F1 22 and will offer more details when it comes to the height and camber of the track. Outfield areas have repositioned walls, kerbs replaced with new photogrammetry versions. Multiple changes will be mirrored in the game to the real-world turns 1, 3, 6, 8, 9, 11, 12, and 13.

Abu Dhabi’s turn five has changed with the chicane removed before the hairpin. This has also come forward adding more runoff. Turn nine’s chicane and 90-degree turns are now a single cambered turn, replacing the 11-14 turns. Lastly, turns 13-15 have been rounded off around the hotel “to allow cars to follow more closely”.

We recently got to play some F1 22, and our own Chris White said: “Although there’s still a lot left to witness from EA Sports F1 22 such as F1 Life, the story mode, and full seasons, I’m confident that this will trump the previous instalment in a big way. The changes to gameplay have offered a new way to play while still feeling familiar, and the new Miami track is spectacular.

It’s great to see Sprint Races in the game, and the added level of immersion in regards to taking part in formation laps, driving the safety car, and pit stops provides further reason that EA are head and shoulders above other developers when it comes to building the best racer available”.