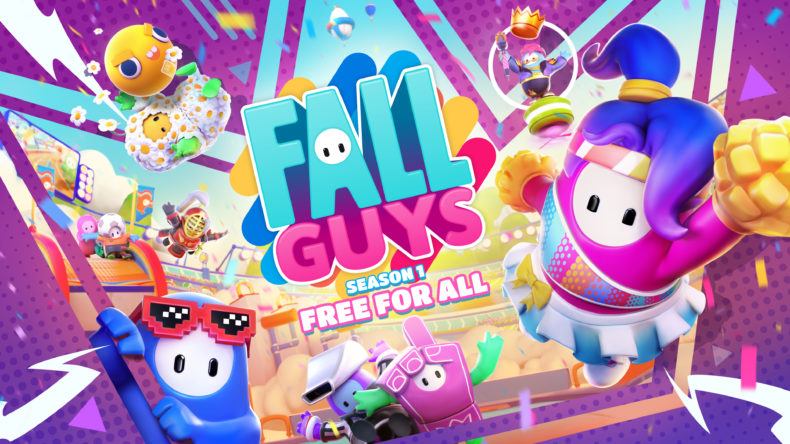 If you’ve been holding out to play the wackiest battle royal on a different console then you’re in luck, as Fall Guys goes multiplatform and Free to Play on June 21st. Today’s livestream announced that Switch and Xbox players will have access to all of the platforming nonsense next month, and that there’s an exciting new season coming with plenty of content for everybody to enjoy on the day too. There will also be a premium currency and new season pass that requires this currency to unlock all the wacky costumes you’ll want to dress up in.

“Today we’re proud to announce that Fall Guys will be Free for All on June 21, 2022. The date also marks the game’s debut on Nintendo Switch, Xbox One, Xbox Series S | X and the Epic Games Store – as well as a next-gen version for PlayStation 5 – with cross-play and cross-progression fully supported across all platforms thanks to Epic Online Services.

The launch also introduces Fall Guys’ most jam-packed and blunderful season yet, with stacks of new challenges and rewards waiting for players new and old alike, alongside major updates to the game’s progression systems and a new in-game currency dubbed Show-Bucks.

Lovingly crafted as ever by the talented and passionate team at Mediatonic, Fall Guys is set to cement its place as the greatest gameshow on Earth with a huge amount of new content and updates. The action kicks off with Season 1: “Free For All” – a new season that sees our beloved beans arrive en masse to a giant arena to compete for ultimate glory in brand-new events and locations.

To thank the global community of Fall Guys players for their support of the game since it launched, we’re rewarding existing players with the Legacy Pack, which contains a bunch of spangly cosmetic items and the first Season Pass for free. The Season Pass is a new,
supercharged version of the game’s free progression path that can be purchased with the new in-game currency, Show-Bucks. The game’s free progression path will remain in place, along with the existing currency, Kudos.”

I’ve started playing Fall Guys almost daily recently, and am excited for more people to join in the fun. Mediatonic giving current players some extra cosmetics and the first season pass for free is a fantastic way to show us veterans some love too, and I know I’ll be sporting them on June 21st.