previous
The DioField Chronicle is an epic strategy in every sense | Demo Impressions
random
next
Pokemon: The Arceus Chronicles coming to Netflix in September
0 comments 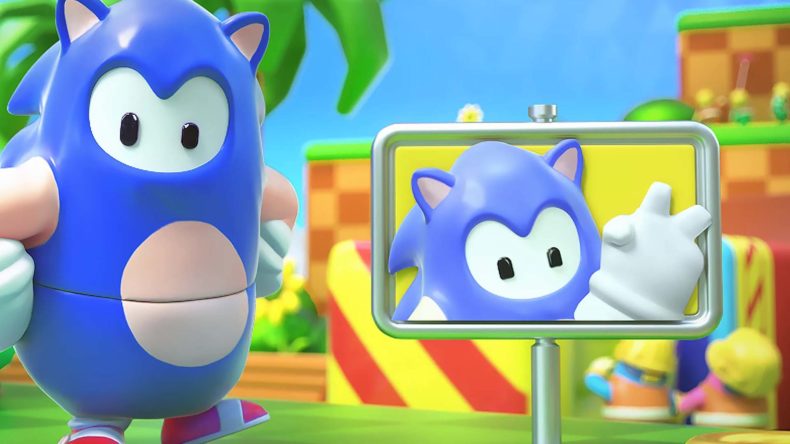 Fall Guys and Sonic are having a special event which incorporates a new level and outfits, but you gotta go fast as it’s a short event.

Starting on Thursday August 11th, but only running until Monday August 15th, Fall Guys will have a brand new Sonic the Hedgehog themed level, and new outfits.

The new ‘Bean Hill Zone’ level tasks the speedy little beans with collecting as many rings as possible to win rewards including:

What would a new Fall Guys event be without some new costumes? Sonic, Tails, Knuckles, Super Sonic, and even the delightfully diabolical Dr. Robotnik, can all be found in the store for the duration of the event, with the new Sonic Foot Tap emote bringing them to life in spectacular fashion.

Fall Guys recently went free for all at the same time as joining the party with Nintendo Switch and Xbox One/Series S|X versions of the title. Elsewhere, there was a Godzilla outfit set in July to go along with the plethora of other outfits on offer.

Our very own Lyle has taken to our Twitch channel recently and been streaming some of the game, where he even got a crown that was immortalised in “YouTube Short” form.

Epic Games purchased developer Mediatonic, which has made it awkward to play the game on Steam Deck, but otherwise, it’s gone from strength to strength since being under the Epic Games mantle.