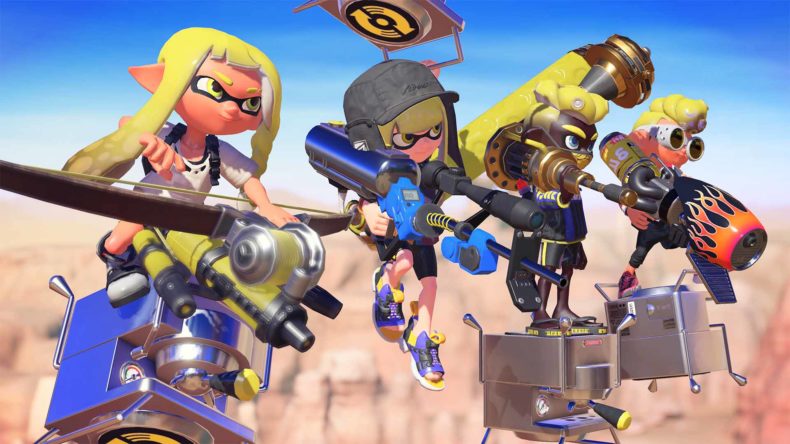 As we get closer and closer to the September 9th release for Splatoon 3, Nintendo has revealed a brand new weapon that’ll be part of the game when it launches.

Squid Research Lab coming to you directly with a report about a new sub weapon that’s as direct as they come. The Angle Shooter launches a perfectly straight line far into the distance and will reflect off any surfaces it encounters. It’s more exciting than it sounds—trust us!

It sounds fairly confusing, but thankfully there’s a video of it in action that’s been released, and a little more information, also via Twitter.

Imagine bouncing an Angle Shooter off the walls of a narrow corridor, pinning down a rival. If they touch the line, they take damage…so while they hesitate, you pounce with your heavy main weapon and ink 'em up good! Take that, Gary! I mean…if your rival's name is Gary. pic.twitter.com/ZKqHGAUXbZ

Back on May 9th the same account also shared information on the charger weapons (“hold ZR for a powerful shot that can hit faraway targets”), like the Classic Squiffer and the E-liter 4k.

Splatoon 3 is bringing back the horde based co-op mode Salmot Run, which was a fan favourite for Splatoon 2, but was a bit of an annoyance because it was timed, and only available at certain times. Many (myself included) are hoping Nintendo has learned its lesson and this will just be a mode you can play any time you fancy it.

Speaking of Splatoon 2, the DLC for that game (Octo Expansion) is currently free for Nintendo Switch Online + Expansion Pack subscribers, and it’s a decent chunk of content. There’s a load of single player missions to play through and it’s a lot of fun.