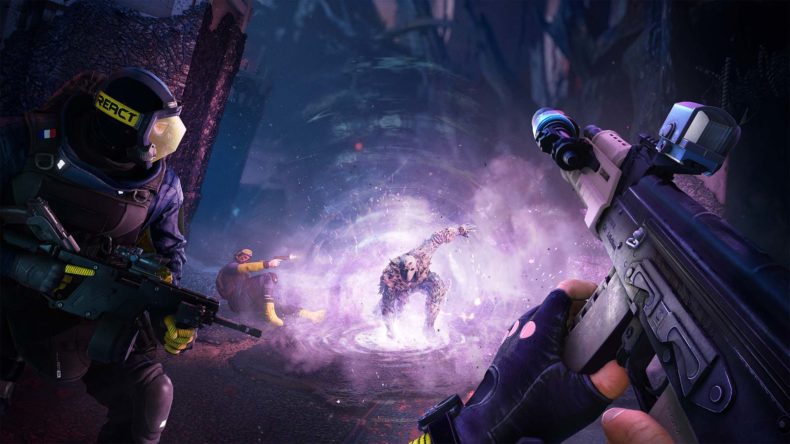 The latest Rainbow Six Extraction content has been revealed and we’ve played it. Like last time, it promises to offer a three-week long diversion from the main game with rewards and altered experiences. Nightmare Fog starts on May 12th and runs through until June 2nd, and offers a twist on many of the previous operations within Extraction that can play out to mind-boggling effect.

Let’s start with the titular fog, then. This nightmare fog comes with a new resource you have to manage, whichever operator you’re playing as. The Neurotoxin level is a circular meter that fills the longer you stay inside the fog. At 30% it will create visual and audio hallucinations that will make you see enemies that aren’t real.

This is a problem, because if your team-mates are below 30% they aren’t going to understand why you’re shooting at a random wall. They can’t see the Archaean you can see. This adds yet more reason to play with a squad you know, and communicate. This really is one of the core facets of Rainbow Six Extraction, and it remains such. These hallucinations can form enemies that just stand there, some that rush towards you and perform an attack but disappear immediately after (not harming you, obviously, because they aren’t real), static enemies that vanish when you turn to see them, or even just Archaeans that appear and vanish to disturb and distract you. 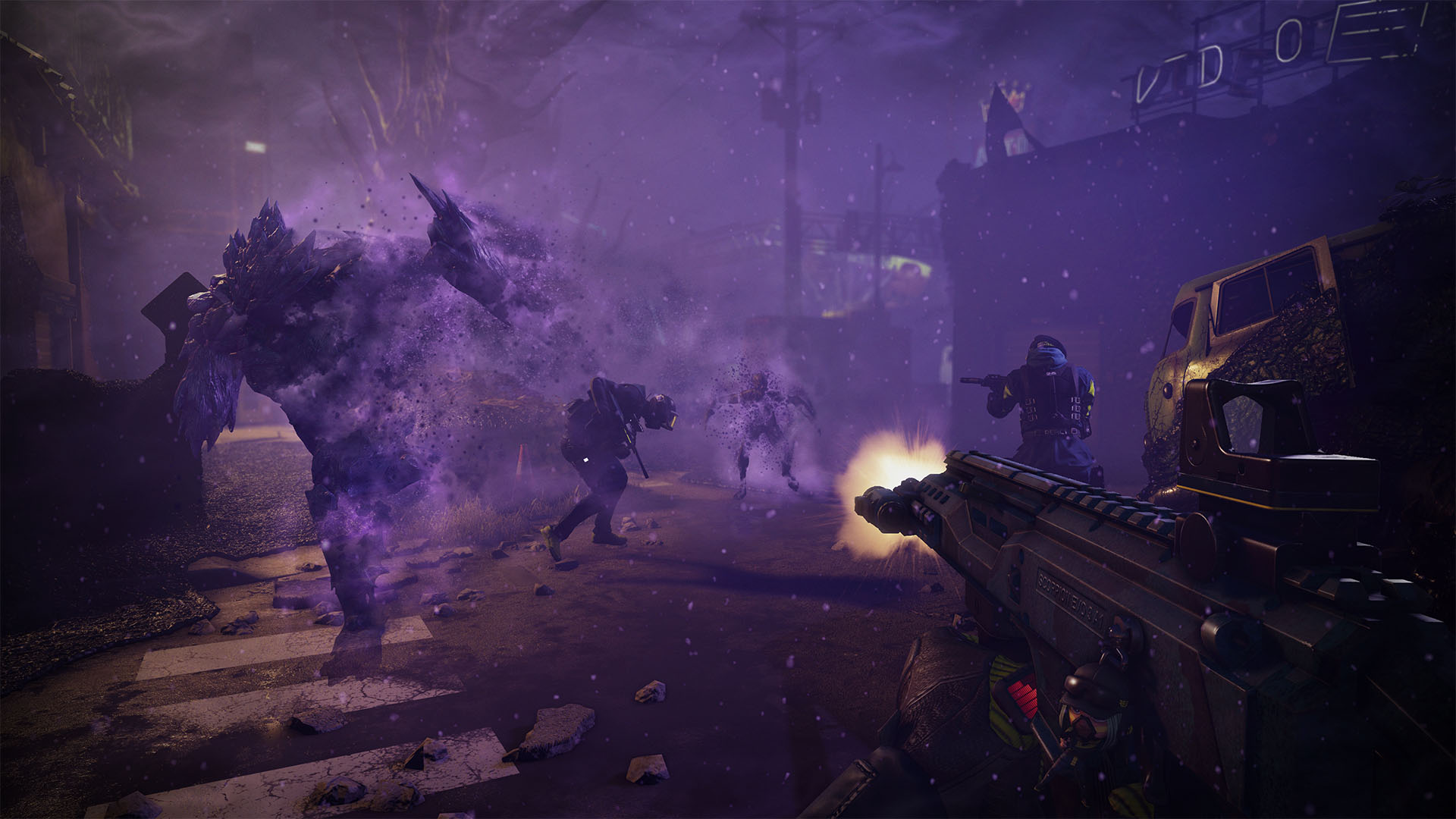 Above 65% you will start to get even further altered vision. You might get strong motion blur, distorted viewpoints, or even tunnel vision. At a full 100% of your Neurotoxin level you will take constant damage until your health hits 1%. That’s 3HP draining every five seconds. Even if you heal, it goes back to diminishing slowly again afterwards. Oh and if that weren’t bad enough, the symptoms from the Neurotoxin level stack, so you might get them all at once. Ouch.

Thankfully, there is also a new item that lets you remove some of the Neurotoxin damage in Rainbow Six Extraction. These supply cases are in safe areas outside of the fog, and there’s always a guaranteed one in every airlock. Though it’s worth remembering (especially if you’re me and fall afoul of this) that you are never safe, and enemies can attack you even in “safe areas” outside of the fog. This entire mechanic will require you to talk to your friends and ensure the person who needs the supply case, gets it. One tip to note is that once any team-member finds a safe room, the rest of the squad will get an icon that appears indicating its location.

With that all understood, the mission structure follows the same principles as the main game. Three sub-maps with 15 minutes per area. You can play in any region. To help you just a little bit Ubisoft says there’s no blinding spores and no mutations, and the enemy pool is limited to grunts, breachers, rooters, and smashers. While part of this update brings a Proteon Vigil to the Archaean roster, he’s only going to be part of the main missions and only if you select the Gateway objective as usual. 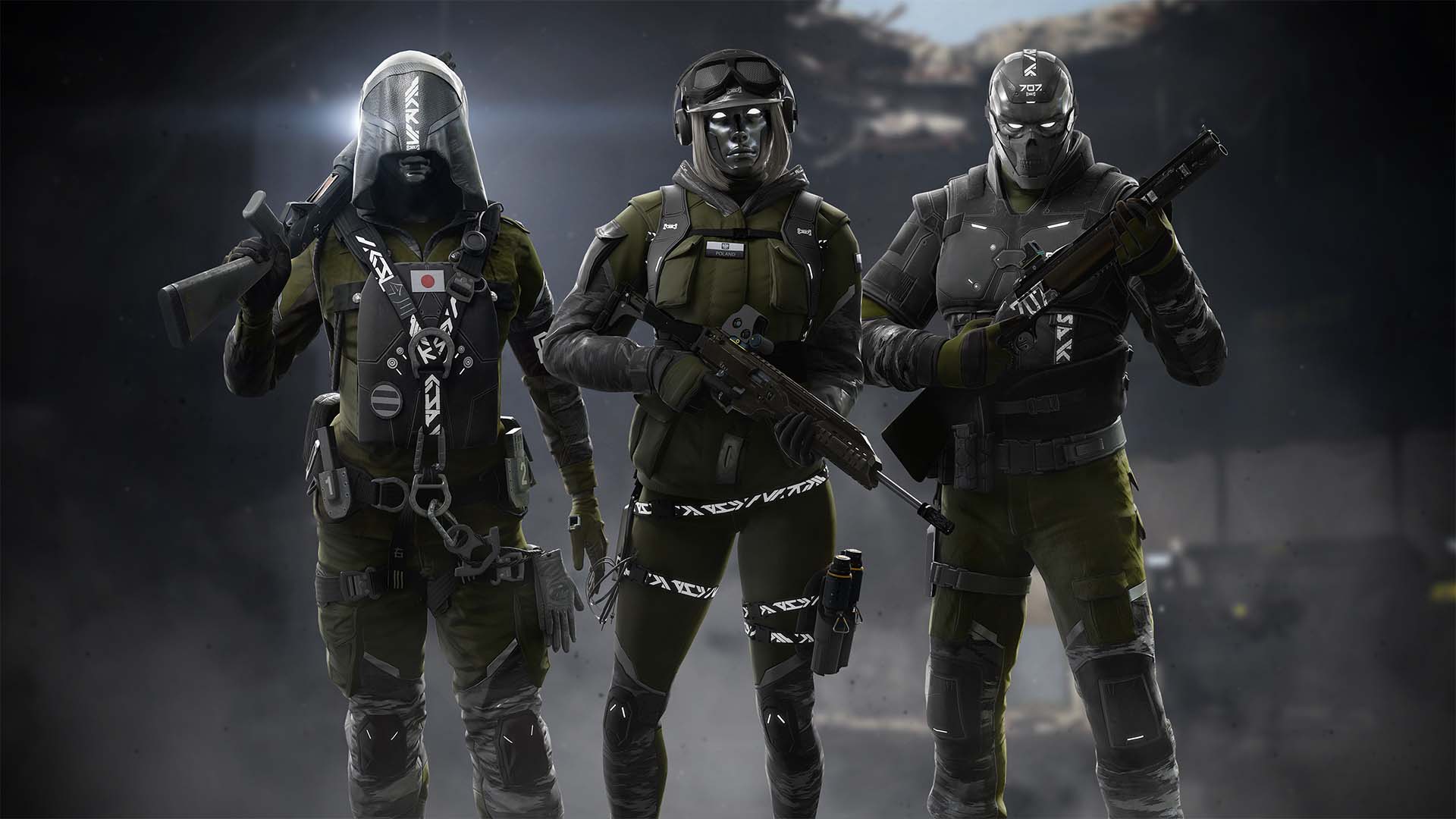 Back to the Nightmare Fog event, then. The first area of each mission will have one of the easier objectives to complete: specimen; nest tracking; triangulation; hunt; shutdown. Like the first crisis event, the first stage isn’t too bad. Things ramp up for the second map, because it revolves around the Decontamination objective.

So yes, people who struggle (myself included) with the aberrant nests mission will struggle here. It’s very much the same, only now they are purple instead of green. As usual they will spawn enemies if you don’t kill them quickly enough, and when it’s all finished you need to grab a sample to complete the objective.

Just like in the main game you can fail this objective and still move on. However, the final map is a variation on the “tree” missions you’d see when recovering a lost operator. Here you have to kill a toxic tree that’s spreading the mist. Shoot the branches that heal the tree, fight off the onrushing Archaean threat, and then take a sample (perform a takedown) to kill the tree and remove the fog. However, if you do complete the second map objective the tree will start at half health, so it’s worth doing. 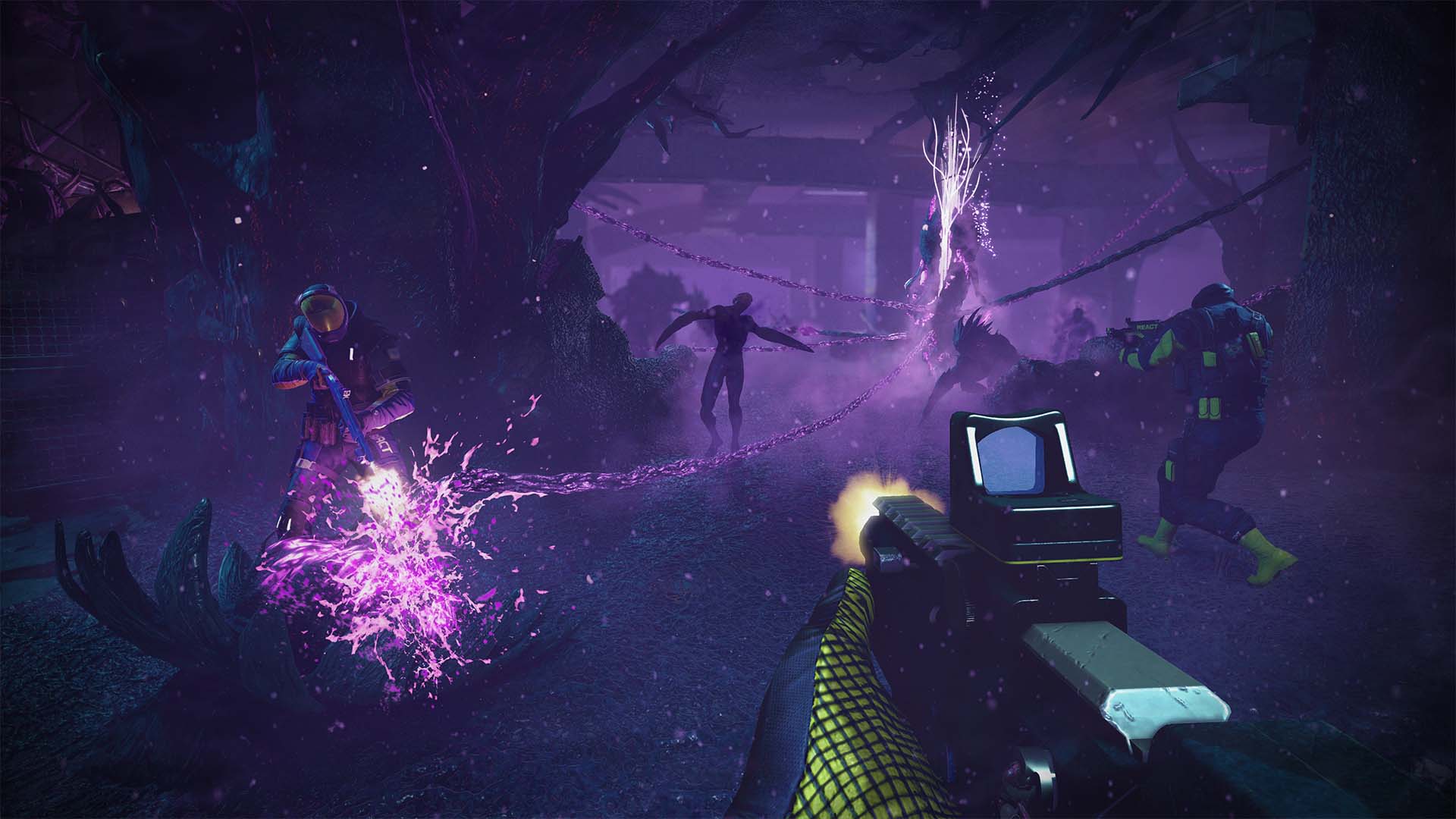 So if this sounds hard and you’re wondering “why should I bother?”, well, it’s because of the rewards. Obviously you’ll get more XP than playing the main game, that was revealed to be the case in the first Crisis Event. But the biggest draw, again, is the new REACT Tech item you get. If you manage to take down a certain number of nests you’ll get the Rush Pistol, which is a Stim-based weapon/piece of tech that gives you invulnerability and a speed boost for fifteen seconds. Can you imagine using that when defending a point in the other missions?

As well as all of this, there’s a new “Prestige” option coming with the update. This gives ten extra levels for every operator in the game to earn which are displayed in the UI. I’m not overly sold on this idea as it doesn’t give you any new workable gear. We’re talking icons, uniforms, and cosmetics here, and it’s entirely separate from the main milestone progression. It’s a nice idea to get people playing more after each operator hits level ten, but I can’t see myself bothering without new unlocks that don’t actually improve or affect the operators themselves.

As before, this new Nightmare Fog Crisis Event is only playable with three players, though there are no requirements for the operators you may use. As long as you have three operators fit and healthy, you can start it with friends. I’m pleased to see Ubisoft supporting Rainbow Six Extraction like this, because I really rate it as a co-op experience. After playing it pre-release, I’m looking forward to playing with my regular group again, and spending some time with one of the best multiplayer games of 2022 so far.