previous
"Final Fight and Streets of Rage 1 and 2 were pretty much the benchmark": An interview with Mike Tucker of Bitmap Bureau on Final Vendetta
random
next
Perfect Decoration Ideas For Celebrating Christmas
0 comments 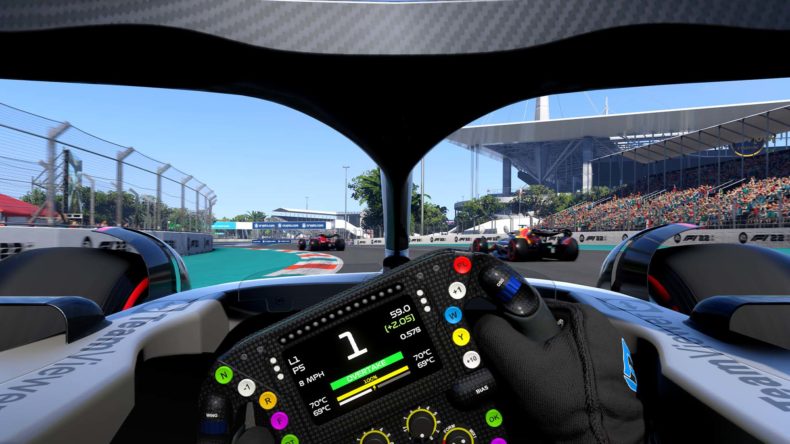 EA Sports F1 22 is, as usual with a year franchise, bringing a lot of new features to the table this year, but one of the biggest that fans have been requested for years is virtual reality, and boy, are they getting what they asked for.

We’ve had a few chances to play the game so far ahead of release, and you can even watch the game in action here, but this new quick look at the VR mode for the Canadian race track is… well, it’s something else. You probably need to just watch the video, now.

I’ve played loads of VR over the years. Having reviewed most of the major headsets, and I can only ever remember getting motion sickness once, and it was in a racing game. Looking at this trailer, the shaking of the vehicle as it screams round corners, it looks pretty intense.

EA says that this video shows off “local hero Lance Stroll in the Aston Martin AMR22, the immersive gameplay demonstrates the claustrophobic feel of sitting in the cockpit”.

“VR revolutionises F1 22 on PC and takes the race weekend to an entirely new level,” said Lee Mather, F1 Senior Creative Director at Codemasters. “From the claustrophobia of sitting in the cockpit to the intensity of lights out as 20 cars accelerate towards the first corner. This is as close to Formula 1 racing as you can get without being on the actual grid”.

It has to be said, that while the video is likely captured on a high-end PC rig, it still does look very impressive. It’s not known yet whether the game will get an update as and when PSVR2 ships out, either.