previous
Asterix & Obelix are back with a brand new game
random
next
Humble Bundle want you to Play with Pride all year round.
0 comments 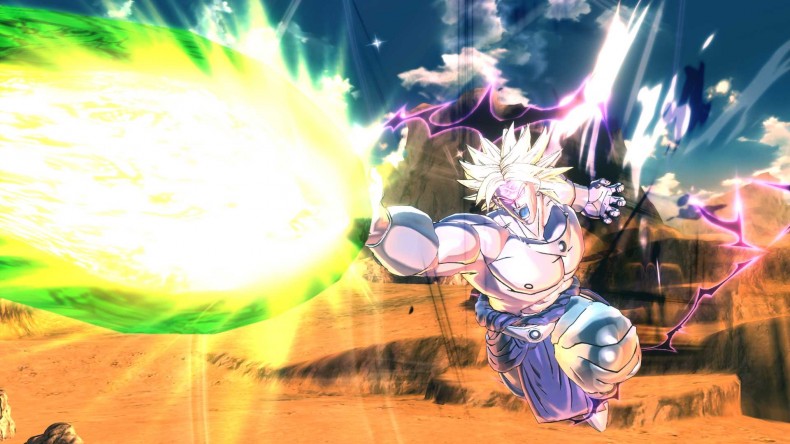 Dragon Ball Xenoverse 2 is getting a new update today with two new paid downloadable content packs as well as a free update including new costumes, quests, customisation, and more.

The two packs are called the Legend Patrol Pack and the Conton City Vite Pack and are available right now, along with a free update that includes Yamcha’s White Gi costume, the new CC Mascot, Partner Customisation, new Raid Quests and more.

The Legend Patrol Pack was originally only available on Nintendo Switch but is now on all other platforms (PS4, Xbox One, Stadia, PC).

Dragon Ball Xenoverse 2 was released way back in 2016, and got an excellent 8/10 score from Chris White. He said in his review: “If you loved the first game, you’re going to love this. There’re loads of chances for fighting though the PQs both online and offline, along with Academy training and other battle scenarios. Customisation is varied and you get to upgrade your hero to have some fantastic abilities as the game progresses, but if you’re not a fan of the series, it may be difficult to follow all of the game’s story threads. Don’t let that put you off though; Dragon Ball Xenoverse 2 is rich in combat, customisation and quirky Japanese humour”.

We also covered the Switch version in 2017, which also scored an 8/10, with Mikhail Madnani saying: “If you own a Switch and even have the slightest interest in Dragon Ball Xenoverse 2, the purchase is worth it as long as you manage getting the original game story missions and the character unlock free. Without those, the asking price might be hard to swallow for many”.