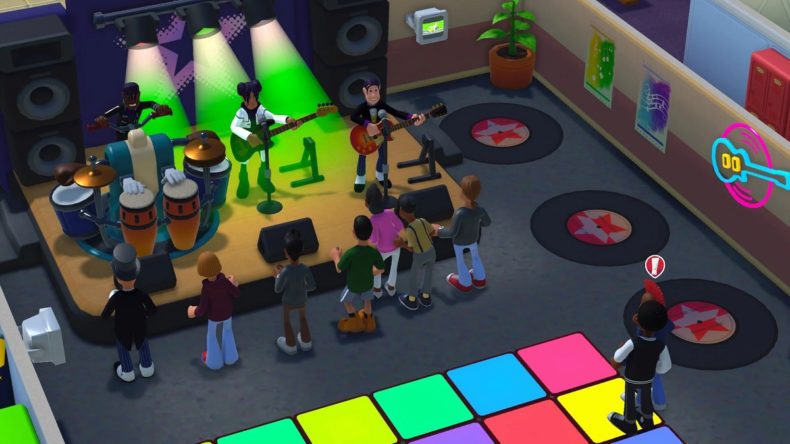 Sega has today released a brand new trailer for Two Point Campus titled ‘Welcome to the Academic Year,’ showing off more of what’s to come. The game is set to release August 9 for PC and consoles, with players being able to pre-order now. It is also set to be released straight to Xbox Game Pass on day one.

People often wonder what really goes on at school when classes aren’t in session. Shenanigans? Witchcraft? Giant robots? In Two Point Campus, the academic year is your chance to prepare the perfect university for your students, then watch it all come together – or maybe fall apart.

Two Point Campus aims to make connections even stronger this time, with friendships lasting for an entire academic year as opposed to only lasting for as long as a patient needed treatment in Two Point Hospital. During summer break, players will be able to customise their campus, choose which courses they want to take when the year starts, and make sure everything is up to the high calibre of Two Point County’s impeccable standards.

It’s also important that students are kept happy and motivated. In order to make this happen, players will be able to throw dances in the student union, or install Love Trumpets (excuse me??) to inspire heartfelt romantic confessions. To help those that are struggling with their studies, pastoral support can be hired in an attempt to lend an ear, and build some more study cubicles. At the end of each academic year, players will be graded on their student performance, so making sure all the right changes are implemented will help to get that all-star award.

Two Point Campus lets everyone live out their dream of running a campus environment, but it’s not all maths and science. There’re some weird and wonderful courses like spell-casting wizardry, dragon-slaying knight school, and top-secret spy school.
Liked it? Take a second to support GodisaGeek.com on Patreon!

Video games are cool. Don't let anybody tell you any different.
MORE LIKE THIS
Segatwo point campus