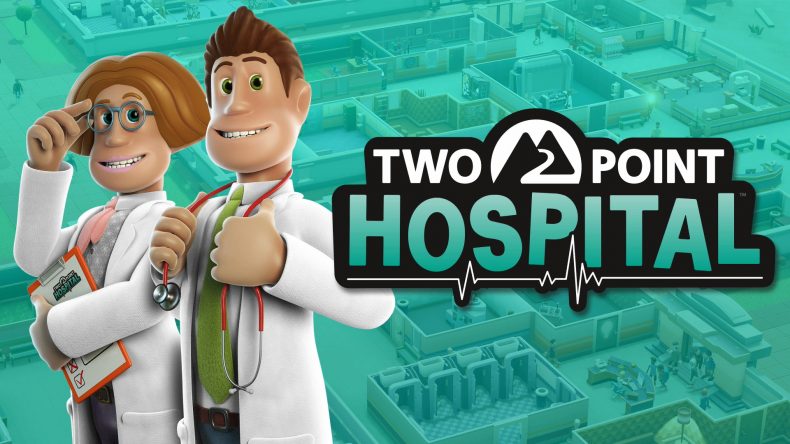 When I think back to my fondest gaming memories, a few classics spring to mind. In terms of PC gaming in the 1990s, few could touch the quirky, humourous nonsense that was Theme Hospital. Bullfrog had carefully swapped Ferris Wheels for pharmacies, and roller coasters for reception desks. Now it wasn’t about squeezing enough money out of customers before they were sick, it was about doing it in spite of that. Curing them of their ailments remained an optional afterthought. It was this almost dark, quite often self-deprecating humour that I loved, and the release of Two Point Hospital on PC brought me right back to my childhood. And now, it’s hitting consoles, and I have another glorious excuse to revisit its timeless charm, wit and addictive pursuit of profitable patient care.

Perhaps the biggest compliment I can pay Two Point Hospital on console is that it feels like, well, Two Point Hospital. I’ll admit to having concerns over the controls, particularly the move to using a controller. My muscle memory for this game, and indeed it’s spiritual predecessor Theme Hospital, has always been point and click with a mouse. Using the pointer to drag out rooms, or select different menus was intuitive and meant I spent less time faffing around and more time perfecting my medical marvels. A well-organised system of button commands controls things in the console version. It’s clean and simple and keeps things nice and orderly, perfect for when you need to grapple with a nuisance ghost or control an emergency arrival of multiple patients. The camera is responsive and can be manipulated to your will easily, meaning you can always have the best view of the goings-on in your hospital. The main Career mode where you tackle tougher and tougher hospital scenarios remains largely unchanged. There’s still a plethora of things to learn, consider and then juggle as you progress through each location. Each one not only serves as an introduction to concepts such as training, research or even managing temperatures, but also pushes these principles further. Those wishing to bag 3-star ratings on each hospital will need to truly master each facet that is introduced. This approach makes it feel like more of the game opens up as you progress, and whilst some of the later levels are asking a lot of you, the journey getting there is well-balanced. New levels always feel approachable too, especially if you commit to getting that lauded 3-star rating before you move on to the next challenge.

Visually, the console version holds its own too. The rounded, caricature style for the character models is perfectly in keeping with the tone, which is almost slapstick at times. A cheeky zoom in, reveals a fair amount of detail and polish to each one, something that is even more commendable when there are hundreds of them milling about the rooms and corridors. The animations for different actions or conveying different emotions are smooth and purposeful, with no slowdown or stutter when the halls are packed with patients. This simple but effective art style transfers to the various rooms and furnishings you can decorate them with. It all adds up to a hospital that feels alive and cohesive despite the cartoon-like exterior. There are a few minor frustrations that exist, the first and most poignant one is the inevitability of death. A small hallmark of failure, a patient dying in your care is a mini slap in the face each time it happens. But, it’s all part of the gig right? Well, yes and no. Patient death through poor management is always usually solved with a quick assessment and rejig of your current plans or rooms. However controlling deaths through improper diagnosis or treatment from hospital staff, however well trained, is much harder. Despite managing the tolerance of incorrect diagnoses and training your team as much as you can in all the right areas, that death-toll chime will still ring out far too frequently for my liking. Heaven forbid, I try and nab the award at the end of the year for no patient deaths. It still eludes me, even when I have years where all other awards are earned. I know my hospital and staff can’t be bad, but I feel I’m fighting an RNG monster I can never overcome.

Another minor niggle is when you save your game. Like most titles, Two Point Hospital pauses things to save, but it feels like it lasts a little too long, before struggling slightly to get back into the medical mayhem. It’s an incredibly minor point (and one we’re told is being patched), as were the infrequent occasions where people would get stuck in rooms despite there being no obstructions. A patient would die as a result, or one time I had a doctor resign (presumably because he hadn’t had a break in three years!). The sad fact is he was forever storming out because the character model wouldn’t leave the room. Only deleting the room and replacing it would resolve the issue, as my ex-staff member then headed for the exit in a huff. If it sounds like I’m nit-picking, it’s because I am. Frankly, for the most part, Two Point Hospital is a joy to play, and even the AI which throws up the occasional oddity is largely flawless. It’s also pretty clever in how it runs the hospital without the need for you to micromanage it. But should I want to, there’s still plenty for me to do, be it manage the staff, create my next treatment room, or simply spruce up the place with some pictures. You can create the hospital you want, whether that’s one tailor-made to complete the various objectives, or one built from the ground up to look aesthetically pleasing or run efficiently.

Revisiting Two Point Hospital feels incredibly familiar but also personally nostalgic too. The console version stays true to both the 90s heyday of Theme Hospital but also the superb Two Point Hospital on PC. Despite menus being mapped to controller buttons versus traditional mouse clicks, you still feel in control, and get the full experience. It’s camera and beautiful visual style make everything look and feel warm and inviting. The niggles from the PC version are still present, but they are a drop in the ocean compared to the addictive fun on offer here. Helping people get better is always a lovely reward, just make sure they pay their bill before they leave.

Two Point Hospital feels right at home on consoles. If you haven't sampled it's quirky, addictive delights yet, there's never been a better time.