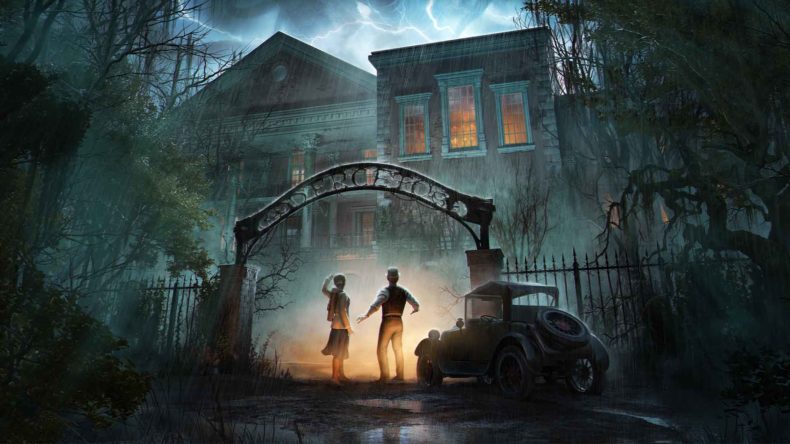 It may be a badly kept secret, but Alone in the Dark is coming back thanks to THQ Nordic and developer Pieces Interactive, with a reimagining of the 90s classic.

The new game sends players back to Derceto Manor in what the developer is called a “love letter to the 90s cult classic horror game”, although it is also a completely original story that “incorporates characters, places, and themes from the original trilogy”.

You’ll play as Edward or Emily and uncover the mysteries from two different perspectives, and this will include completely different cut-scenes and levels. It’s all set in the “gothic” American south in the 1920s, and features a noir-setting with Lovecraftian horror-elements, as well as a deep psychological story, written by Mikael Hedberg, the writer behind SOMA and Amnesia.

Alone in the Dark is considered by many as one of the first major horror games, inspiring the likes of Silent Hill, Resident Evil, and even Dead Space. This new game will have all the combat, puzzles, and narrative of the previously beloved titles. I got to see some of the game in action, and it’s a third-person (over the shoulder) style survival horror-looking title. There’s pistols and shotguns, and while the gameplay was in pre-alpha at the time I was shown it, it was already looking nice in areas, with one section showing a building ablaze that looked nice. I saw two enemies, one of which was a skeleton-thing, and another… I can’t quite describe, but looked pretty mutated and gross.

Developer Pieces Interactive may not be a name massively on your radar, but are previously known for titles like the Titan Quest series, and Magicka 2 (which we liked back in 2015, with Nick Gillham saying “When you’re together the chaos is great, do it alone and it’s a hell of a slog. That’s what it comes down to in the end – do you have friends available to play this with? If you have, then you will have a blast, it just isn’t that much fun for Billy no mates”).

Alone in the Dark is coming to PS5, Xbox Series S|X, and PC, but no date has been given yet.

Editor-in-Chief.
MORE LIKE THIS
Alone in the DarkPieces Interactivethq nordic

Alone in the Dark: Illumination’s Beta Doesn’t Give Us Much Hope