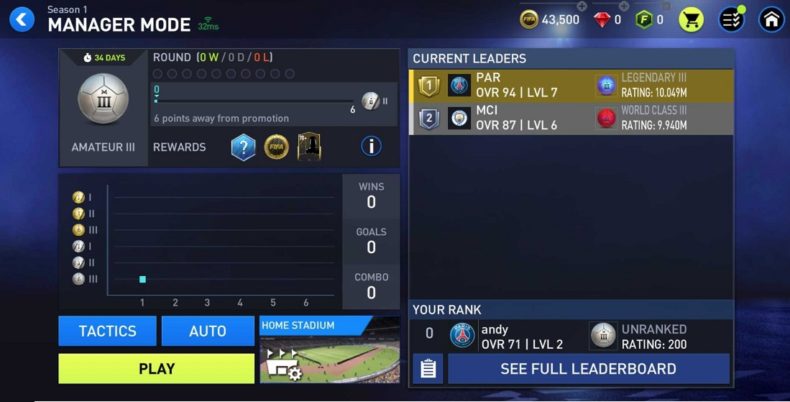 EA SPORTS FIFA Mobile has today announced a new update which is set to include a brand new Manager Mode, gameplay improvements, and more. Players will also be able to equip their favourite national team’s kit, logo, and crest, featuring over 30 National Teams.

The Manager Mode is a fully autoplayed mode where players will have full command of the team’s tactics and strategies, taking charge of dozens of different tactical levers with four pre-set tactics including Attacking, Control, Counter, and Defensive. There looks like these tactics will have a surprising amount of depth, as they can be tweaked or completely overhauled to fit every player’s team depending on the game situation and opponent.

You can watch the new trailer that highlights the new update below:

Video games are cool. Don't let anybody tell you any different.
MORE LIKE THIS
ea sports