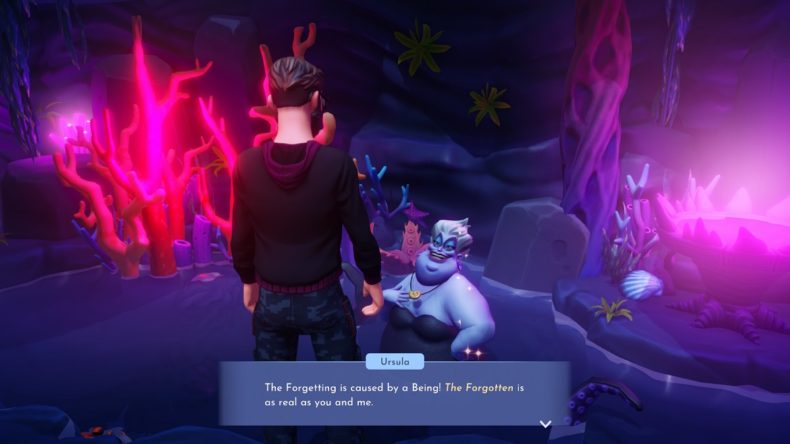 Disney Dreamlight Valley has plenty of good guys that are willing to come and live with you in the valley, but there’re also a few bad eggs, too. One such villain is the infamous Ursula from The Little Mermaid, and to bring her out of hiding and make her a permanent villager, you’ll have to complete the Orb of Power quest. It’s a rather layered quest that sees you visit a mysterious cave on Dazzle Beach, but you’ll be able to finish it in no time with a little help. To bring Ursula to Disney Dreamlight Valley, just follow our guide below.

To be able to visit the cave, you’ll need to have spent 5,000 Dreamlight to remove the night thorns that block the way. Merlin with then give you a quest known as ‘With Great Power.’ There’re two entrances to the beach, and you’ll need to go down the entrance that isn’t the white staircase, located to the southeast of the map. As you head down, stick to the wall along the left as you face the beach and wander round until you find a small opening. Inside, you’ll talk to Ursula who’ll give you a special Crystal Key. Once in possession, place it on the pillar to the entrance to another, more extravagant cave directly behind the wishing well. You should see the pillar where the Orb of Power will eventually go. 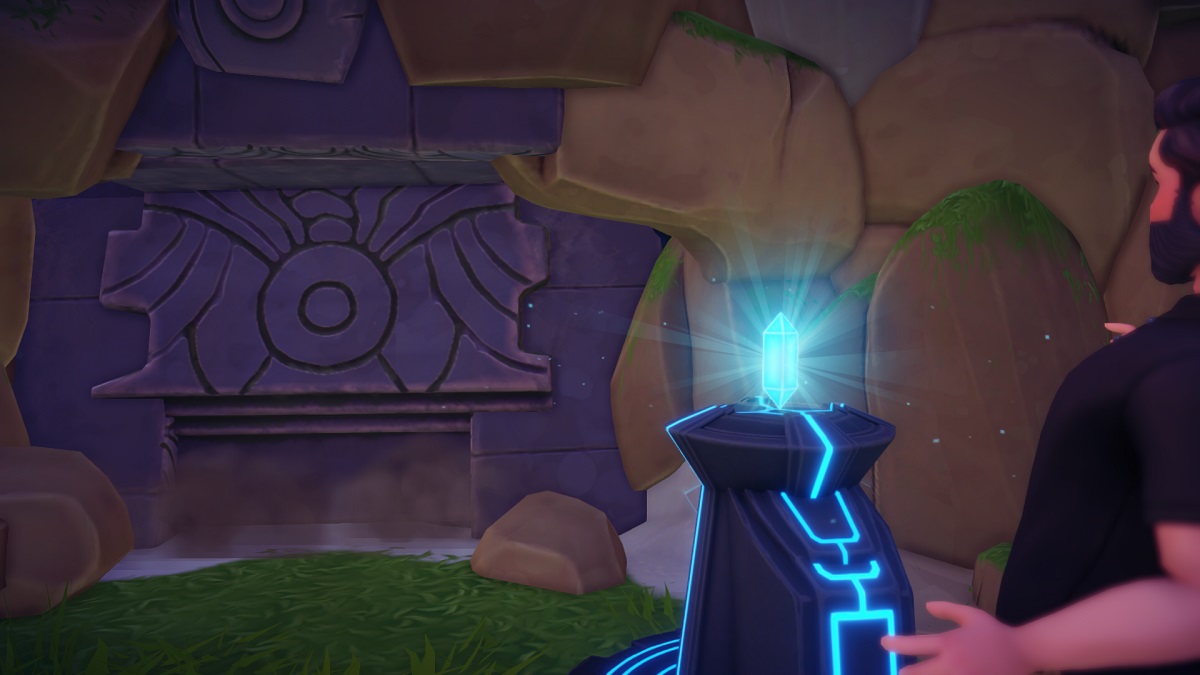 Once the door to the mysterious cave has opened, head inside and down the first ramp you’ll find three statues, each with their hands out. The stone slab in the ground has the following message on it:

Provide the gem that matches best to continue on your hero’s quest.

All you’ll need to do is go and mine the various rock spots across the valley until you’ve found these three specific gems: Peridot, Garnet, and Aquamarine. Place the gems in the associated colour spot and the door will then open, leading you down to another platform with a stone slab in the ground and a blocked door. 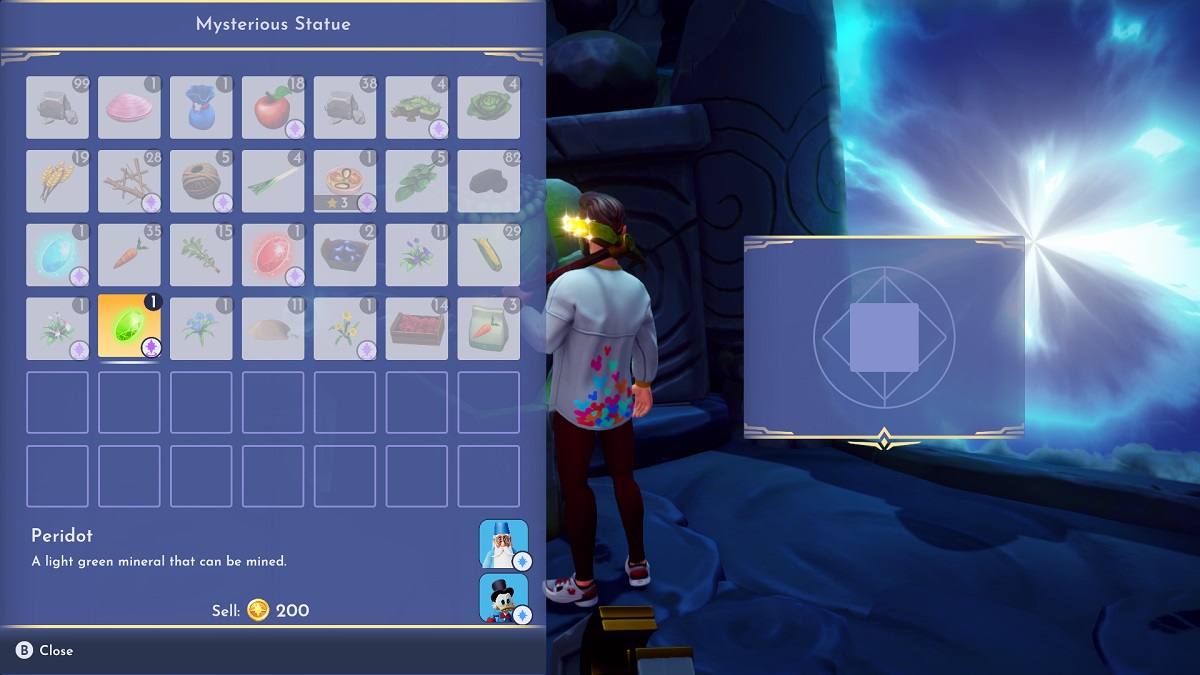 Another riddle will be written on the slab, which reads:

Discover the right crops to grow to continue on below. One is underground, the other gold and brown. What remains is red and round.

You’ll need to plant one of the following seeds in the three soil patches: wheat, tomato, and carrot. Water the seeds and wat the appropriate amount of time until they’ve grown. Be careful, as if you disappear, the crop might dry out, so it’s a good idea to wait there in case this happens, or just check on them every ten minutes or so. The tomato is the longest to grow as it takes 25 real-world minutes. Once all three have grown, harvest them and the door will open, leading to the next stage of the quest. 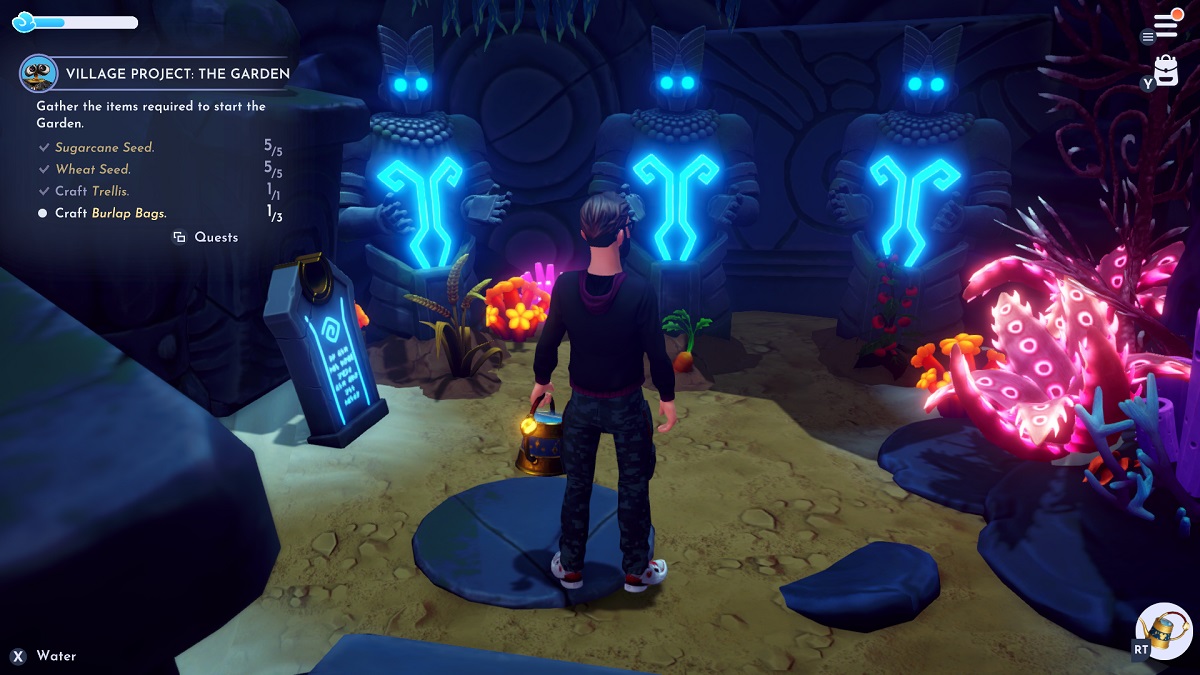 The final riddle is as follows:

The final riddle, let it be known: to eat and cook what you have grown.

Simply shove the three ingredients into the pot and you’ll cook some Veggie Pasta. Eat the pasta and the final door will open, leading you to a pond with a glowing orange fishing spot and a message that reads:

One last thing before you go. Catch the Orb that lies below.

Use your fishing rod to catch the Orb of Power from the pond. Head all the way to the outside of the cave and place the Orb into the pillar. Once you’ve done that, Ursula will be free to join the island, and you’ll also be able to build her a place to live in the water. 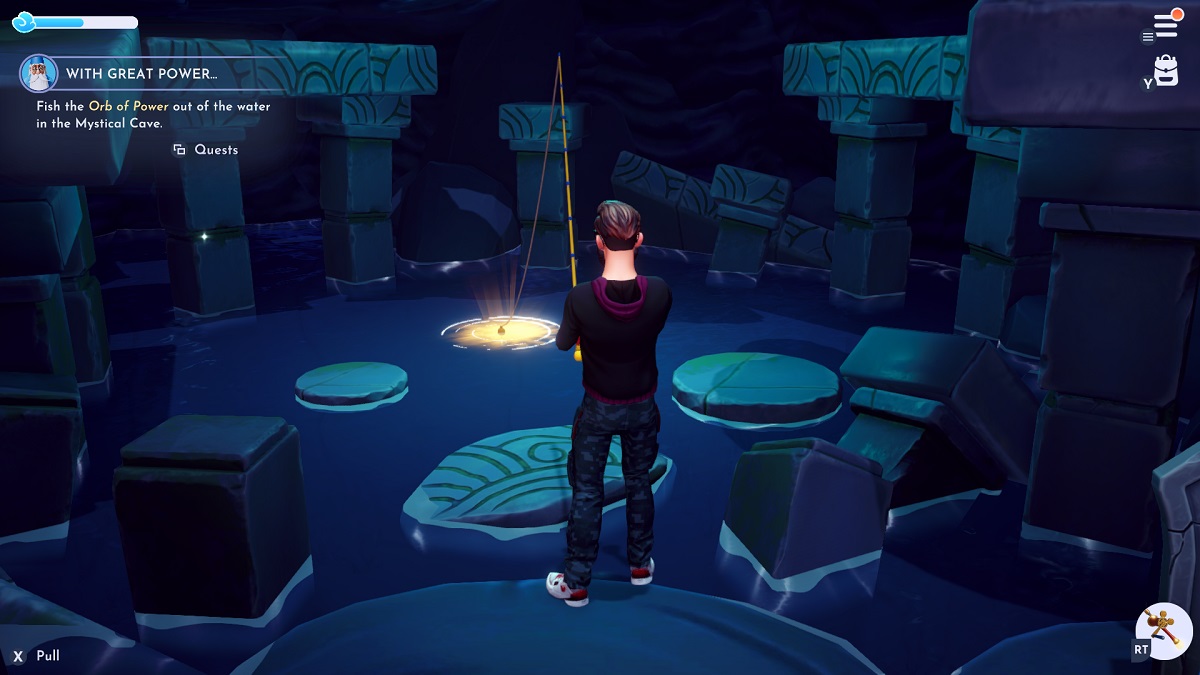 Video games are cool. Don't let anybody tell you any different.
MORE LIKE THIS
disneyDisney Dreamlight ValleyGameloftGuide