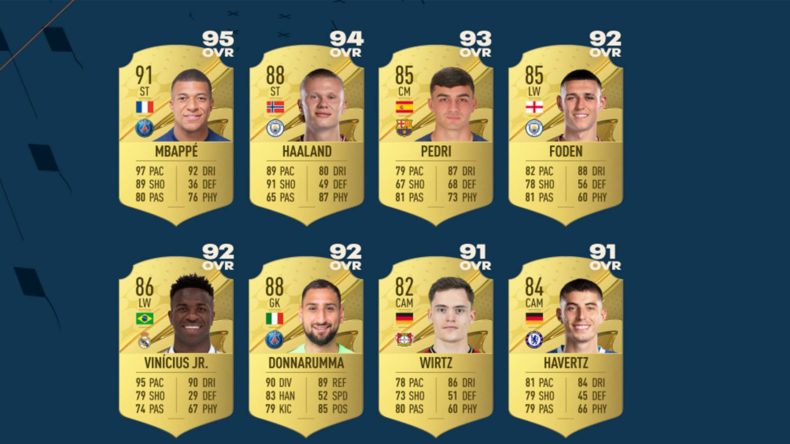 The FIFA 23 career mode highest potential player list is probably one of my most anticipated lists, because I love me a multi-season career mode. From the days when everyone used to sign Upamecano, right up to now, it’s always great to hear which players have the highest potential in the latest FIFA game.

Just to be completely clear here, this new list of FIFA 23 career mode highest potential players isn’t one that means you can sign them young and improve them over 5-10 years, however. Most of these players are already incredibly good, and can be made even better, to essentially make them the best and highest rated potential players in the entire career mode.

That said, in third place you’ve got Barcelona’s Pedri, who is only 19, as is Florian Wirtz, Ansu Fati, Jamal Musialia, and Camavinga. The youngest player is Barcelona’s Gavi, who is barely 18 at the time of writing.

As usual the key to the list is player’s current team, then player name, position, overall rating when signed, and finally potential highest ratnig. Looks like Haaland was a bargain for City, after all.

Keep up to date on all things FIFA 23 via this link, which has lots more lists like the one above.