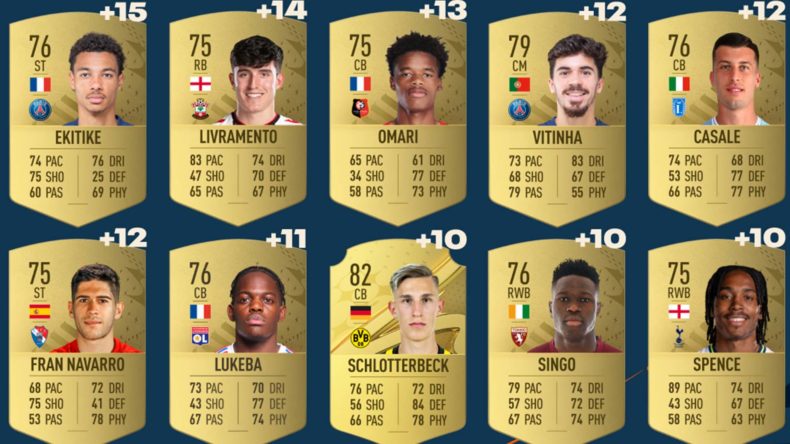 One thing that is always fascinating every year a new FIFA is released is finding out who’s gotten a boost, and thanks to the FIFA 23 most improved list, we now know.

Southampton’s Livramento is an interesting one, because while he’s definitely a better player than his previous 61 overall rating suggested, he’s been injured for ages, and still is, so who knows how he’ll be when he returns. Likewise Jed Spence at Spurs got an upgrade after a stellar season for Nottingham Forest last time out. In general, the FIFA 23 most improved players list is pretty fair.

You can see a graphic released that shows most of the players upgraded, below: 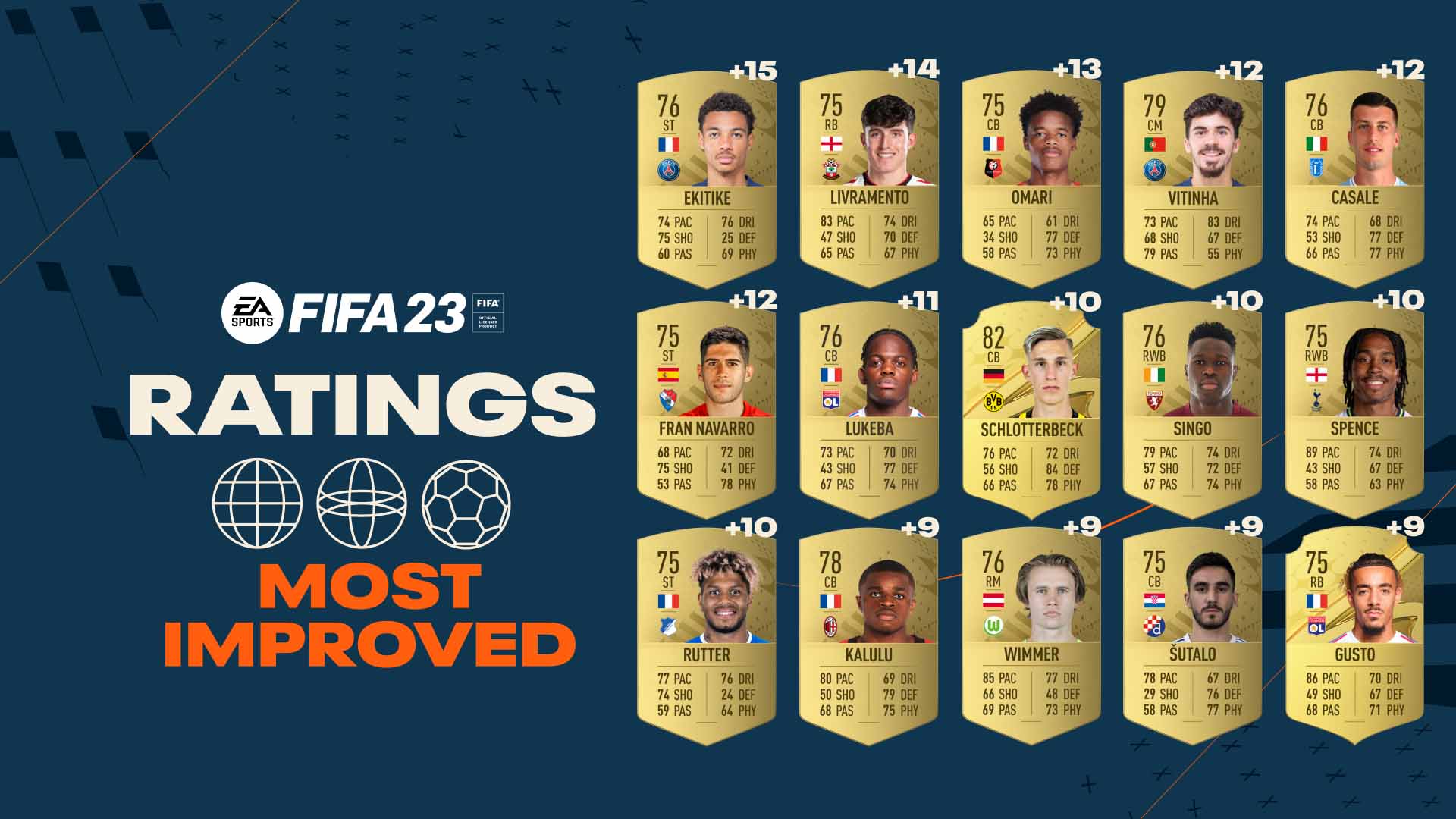 Missing from that image above, then, are a further 11 players, as follows:

Elsewhere, EA has revealed the top 25 players from the Premier League, as well as the top 23 overall rated players in the entire game.