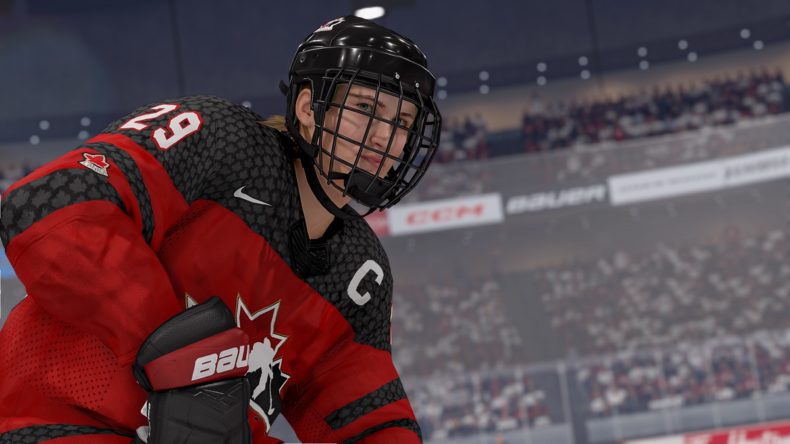 After last week’s reveal for the men’s ratings in NHL 23, the women’s ratings have now been revealed, with Canada’s Marie-Philip Poulin taking the top spot at 94. The ten best players in each position have been revealed, with USA’s Kendall Coyne Schofield and Hilary Knight sitting at 93, and Canada’s Brianne Jenner, Sarah Fillier, and Ann-Renee Desbiens landing a 92 rating.

Other noticeable addition are Finland’s Jenni Hiirikoski also snagging a 92 overall rating. USA, Canada, and Finland pretty much dominate the ratings, but Czechia’s Klara Peslarova is the fifth best goalie, with Switzerland’s Andrea Braendli coming in seventh. You can check out the top 5 in each position below 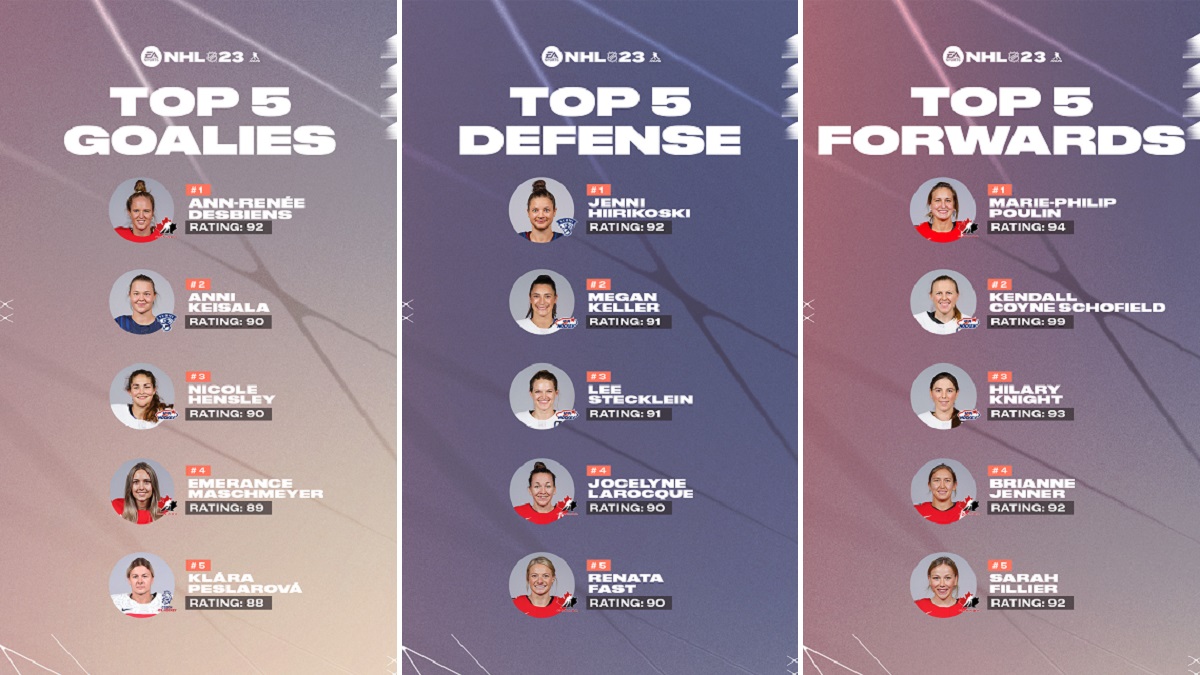 As mentioned earlier, the men’s ratings were revealed last week, with the top ten players as follows:

We recently detailed what new features can be expected, with the following coming to Ultimate Team:

Video games are cool. Don't let anybody tell you any different.
MORE LIKE THIS
ea sportsIce HockeyNHL 23sport