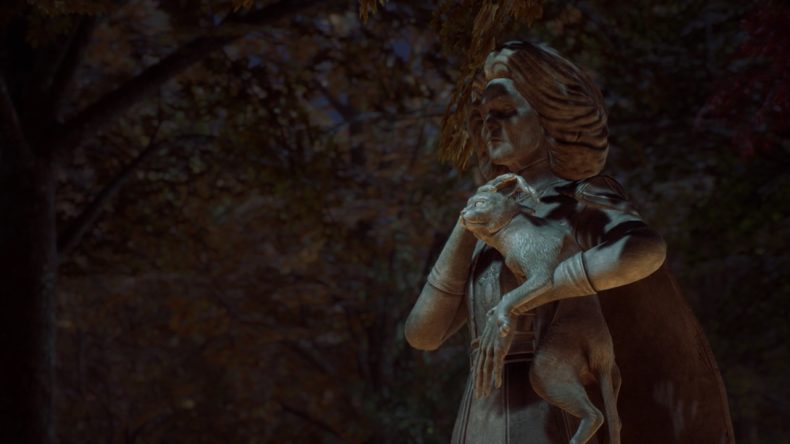 Want to know how to get the First Moon Seal in Marvel’s Midnight Suns? We’ve got you covered with this handy little guide. But what is a Moon Seal, and why do you need it? Well, while the meat of Marvel’s Midnight Suns is found in its deep, tactical combat, your downtime will be spent exploring the Abbey, the ancestral headquarters of the Midnight Suns. The grounds hold many mysteries and secrets, but to explore everywhere you’ll need to unlock the four Words of Power, and to do that you’ll need to get the Moon Seals, ancient artefacts that unlock the Trials of the Elder Gods.

The Words of Power turn the Abbey exploration into a Metroidvania-lite adventure, but they’re not all easy to find. Lucky for you, we’ve found them all, so read on to learn how to get the First Moon Seal in Marvel’s Midnight Suns. 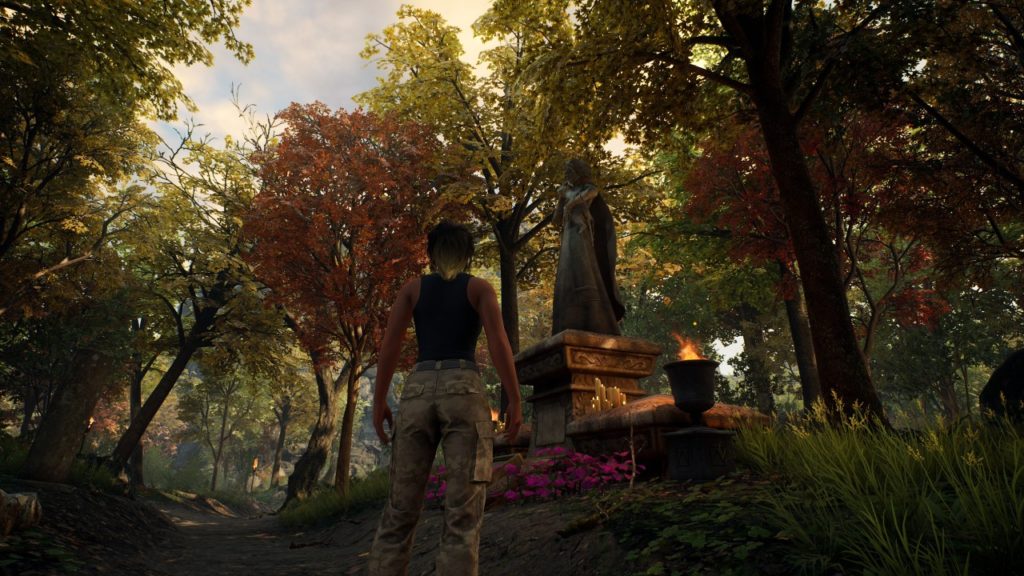 The first Moon Seal is pretty easy to get hold of. Not far from the Abbey itself you’ll find a statue of the infamous witch Agatha Harkness and her black cat Ebony. Approach it and inspect the inscription, and the spirit of Agatha will appear to lead you to the first Blood Gate.

Agatha will lead you right to where you need to be: the sealed Blood Gate of the Elder God Oshtur. Simply interact with the Gate to enter the Trial. The recommended level is 1, so you can’t be under-levelled for the challenge.

You’ll face each of the Trials with only your Hunter and your pet demonic Hellhound, Charlie. The goal of this first trial is simply to defeat all the enemies, and it’s pretty easy. Charlie doesn’t have many cards, possessing only a standard Bite, a Howl to draw threat, Maul to add the Vulnerable status to enemies. It helps to equip your Hunter with the Heal card, just in case. Polish them off and the Trial is complete. 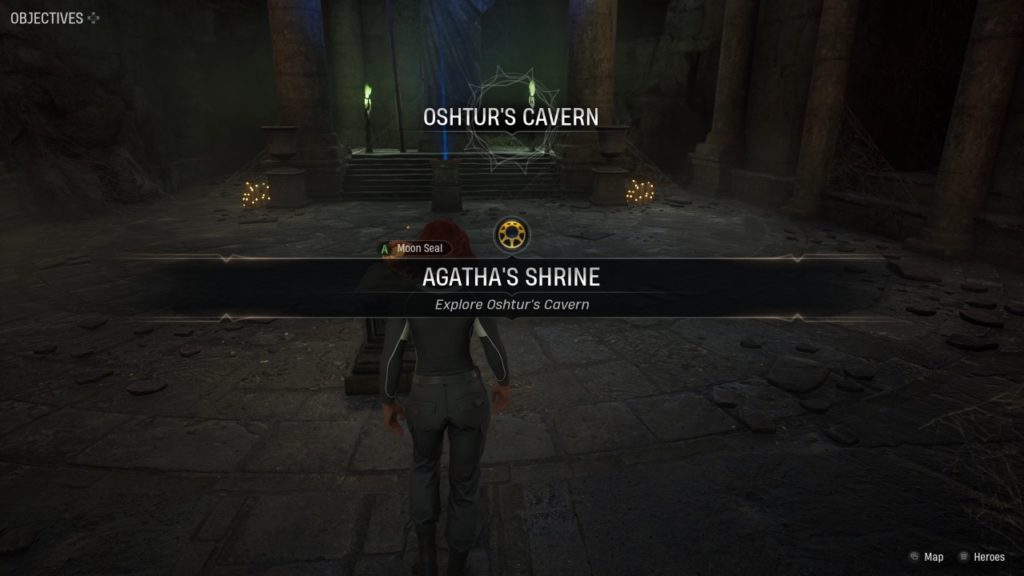 First Moon Seal Step 3: Place the Seal on the Altar

When you return to the Abbey, the Blood Gate will be gone, allowing you to enter Oshtur’s Cavern. Go inside, collect the Moon Seal, and interact with the Altar behind it. This will grant you the Word of Power: Open, which allows you to remove all the doors you can see that bear the Open symbol – as well as a few other secret ones you’ll have to discover for yourself.

So there you go, that’s how you obtain the First Moon Seal in Marvel’s Midnight Suns.

Senior Content Editor Mick has been playing games for over 30 years and writing about them for around 12. After drifting from site to site for a while, settling briefly at the now-defunct Made2Game and freelancing for the gone-but-not-forgotten NintendoGamer Magazine, he came at last to rest at Godisageek. Mick has been a reviewer, staff writer and content editor here for some time, while also moonlighting a little for Red Bull Games. He has 4 kids, has written 2 novels, and sometimes even manages to pay a bill or two. You'll usually find him defending the galaxy in Destiny 2, battling evil in Diablo 3, or lurking in the background on Twitter. Find him there @Jedi_Beats_Tank, or on XBL (JediWaster247), PSN (Jedi_Waster) or Nintendo (JediWaster).
MORE LIKE THIS
GuidesHintsmarvelMarvel's Midnight Suns