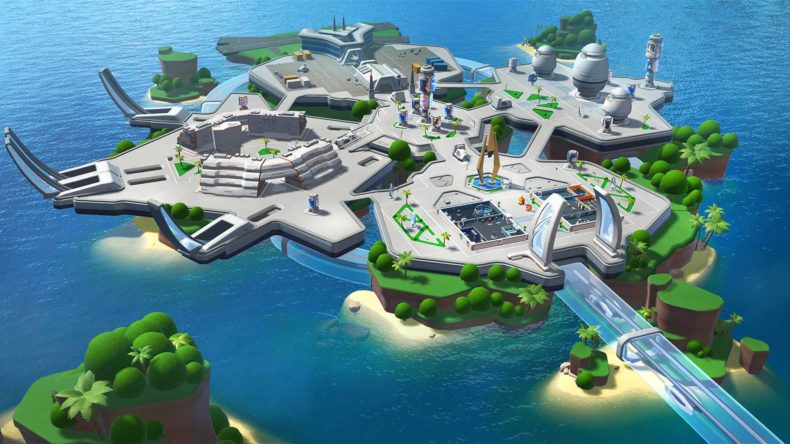 Sega and Two Point Studios has announced that Two Point Campus is getting a Space Academy expansion this December. It will launch on December 6th for PC, PlayStation, and Xbox, while the Nintendo Switch version will follow slightly later on December 12th, and it’ll cost $9.99/€9.99/£8.99.

There’s a new trailer for the announcement, which you can watch below:

Here’s the full details on the expansion, direct from the press release:

Space Academy comes with a galaxy of new features, including three stellar campus locations, six student archetypes to welcome aboard, six far-out courses and classrooms, and much, much more.

Players will start their extra-terrestrial adventures in Universe City, as they rebuild Two Point County’s defunct space program to bring it back to its former glory and will need your help on the frontlines of galactic defence, inter-dimensional diplomacy, and preparing the County for foreign life. Space Academy also features Two Point’s first out-of-County campus, as you take up base on a suspiciously cheesy asteroid, and pillage it of its natural (and delicious) resources.

New classrooms like the Command Room will give your students the confidence to set phasers to stun, while the Battle Space will turn up the heat and let students duke it out with energy batons. You’ll need to attract (out of this) world class talent to fill your campus not only with burgeoning astronauts and space knights, but also alien students with a thirst for the forbidden knowledge of the galaxy…such as how Cheesy Gubbins are made.

We reviewed Two Point Campus back in August, awarding it a 9/10 and saying: “Two Point Campus definitely feels like it has built upon Two Point Hospital and can comfortably stand on its own two feet. The mechanics feel more integrated, and the setting of a university rather than hospital gives it a genuinely different feel. That said, it still feels reassuringly familiar, down to the wholesome art style and contagious humour we’ve come to love. It isn’t a complete reinvention, but it builds on enjoyable foundations to rival Two Point Hospital in all the right ways. Dare I say it, Two Point Campus is actually the better game, and long may that upward trajectory continue”.