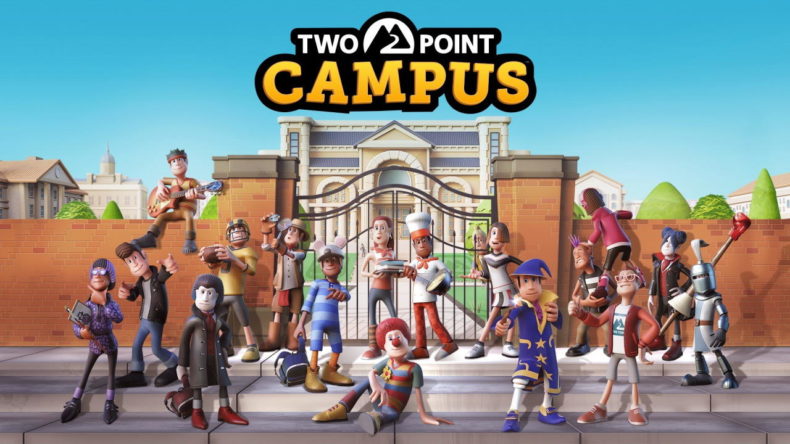 Two Point Campus is just such a comforting, familiar experience. Coming after Two Point Hospital, which itself was a love letter and spiritual successor to Bullfrog’s Theme Hospital, there’s a familiar tone and pace to proceedings. If you’ve played one of those games before, you know what you’re getting here. But don’t be fooled into thinking that this is exactly the same as what has gone before. The new university setting has allowed Two Point Studios to think differently about gameplay so it feels enough of its own game without losing the charm. And the result is an enjoyable and recognisable experience.

This time around you’re responsible for getting numerous fledgling educational establishments off the ground. You run an array of courses from your university, and attract students who pay tuition fees for the privilege of attending. The better your students perform, the more XP they earn to level up in their chosen course. That XP then earns you additional funds to enable further university expansion. As such, you need to attract a lot of students and make sure they are performing well to keep your finances in the black.

Your students aren’t just robots here to learn, though. They have thoughts and feelings too, and nurturing these is also crucial to their grades, and therefore your coffers. As with Two Point Hospital they’ll care about their basic needs like food, drink, going to the loo, and how hot or cold they are. They’ll also react more positively if the place is clean, there’s entertainment on hand, or if the university itself looks more attractive. On top of that, Two Point Campus also introduces relationships. Students can make friends and even deeper relationships with peers and the more they do this, the happier they are and the better they do in class. They will meet and greet each other naturally, but the more two-person fixtures there are in the university, the more likely these relationships are to blossom. 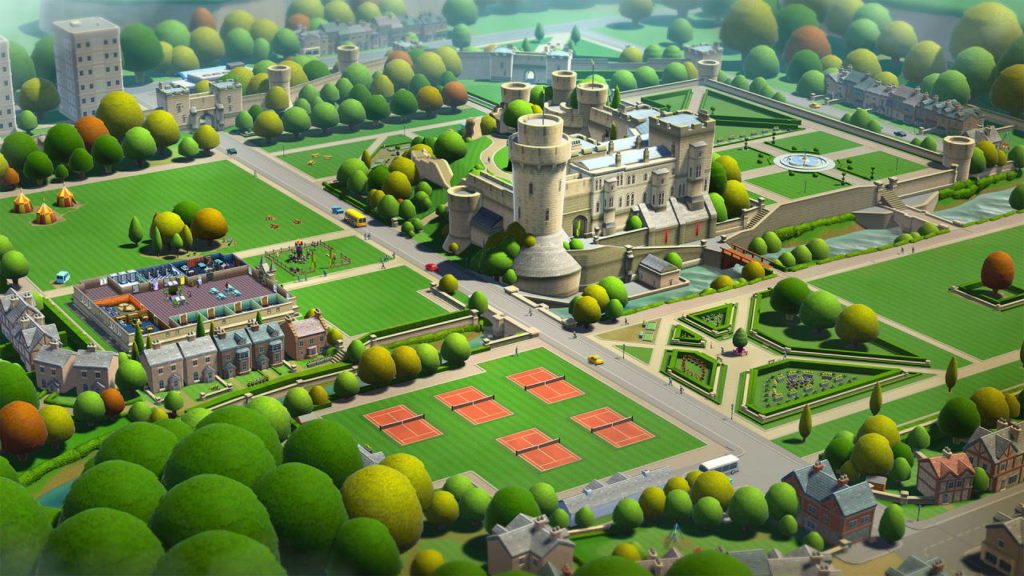 But don’t be fooled into thinking Happiness is just an optional “nice to have” in Two Point Campus. It feels much more integrated into the whole gameplay loop than in Two Point Hospital. Sure, patients that were sad might have left or their illness might deteriorate quicker, but in Two Point Campus it really affects your ability to succeed. Unhappy students will fail, won’t earn you money and you’ll end up spiraling downwards quickly. It elevates your student wellbeing to a top priority and that makes it more interesting and wholesome when you see each student wandering around what you’ve built and succeeding. Seeing them happily react to a new club you’ve set up or rush to the latest event you’ve laid on in the Student Union often elicits a smile.

Another aspect that seems more wholly integrated is Kudosh. As with Two Point Hospital, this second currency is used to unlock a whole host of additional fixtures and fittings to adorn your university with. Many of these come with benefits like increasing how attractive the place looks etc. However, previously it was more down to your personal choice, this time your students will often ask you for specific items. Not only on a whim though, many will be critical to helping them complete an assignment, which boosts their ability and XP. Therefore Kudosh spend is less about what you would like to see in your university, but what your students actually need. It’s a neat pivot that just brings another aspect together nicely into the experience.

The game offers you twelve different campus levels to work your way through. And the pleasing thing is, these feel more unique than they did in Two Point Hospital. Firstly you have various different courses on offer akin to the setting, so expect Wizardry at the Hogwarts-like Spiffinmore school, while Archaeology will be the main focus at Pebberly Ruins. Additionally though, these levels feel different to play each time. At Pebberly Ruins for example, you have lower funds, and dig up relics throughout the course, which you can sell for quick money or to keep in the grounds to increase the attractiveness of your campus. The Fluffborough campus, however, focuses on sports, and your progression is dependent on having a winning Cheeseball team. It makes the levels themselves more standout, unique experiences, and lessens the natural repetitive loop of these games somewhat. 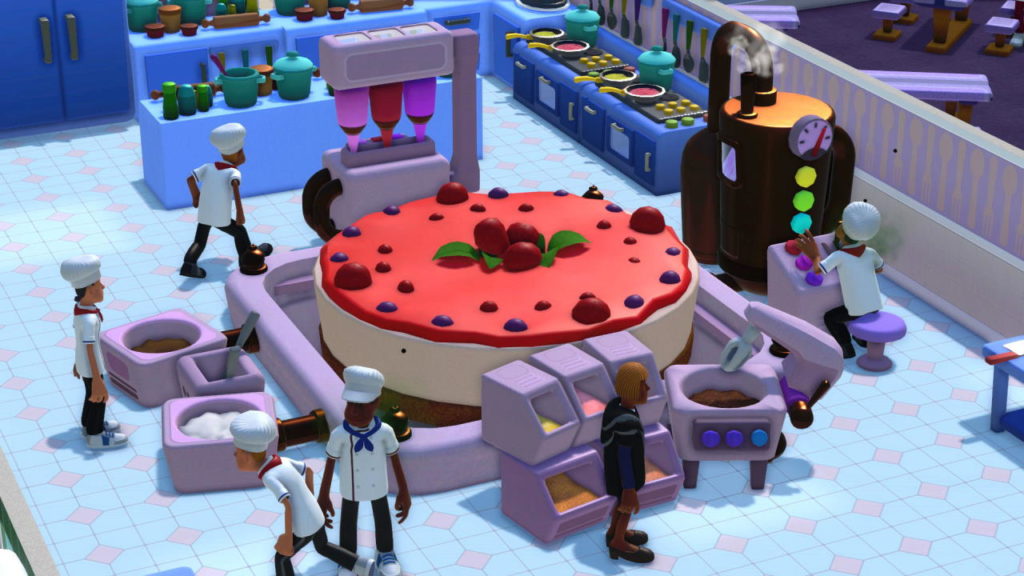 As you might expect, there is a lot to consider and juggle at any one point. Thankfully the tutorial levels and on-hand advice guides your attention to where it is needed most. As in Two Point Hospital, more and more considerations are introduced throughout the levels, but in a well-paced way so it never quite overwhelms outside of the intended challenge. The intuitive menu system also provides a whole host of additional information and options, for those who want to know the finer details and micromanage. You can cater your control accordingly, which alongside the familiar speed controls allows you to step back or get into the details depending on your situation.

In terms of challenge, Two Point Campus balances it quite well. Despite the multiple spinning plates, most people will find the levels fairly accessible to achieve the 1-star rating needed to progress to the next campus. However the challenge significantly ramps up as you move to the 3-star challenges, requiring a true mastery of the nuance of each level to succeed without failing or getting stuck in a loop of perpetual non-progress. It means everyone can experience the varied levels and courses on offer and broaden their knowledge. But, there’s still the challenge for those wanting it in the 3-star ratings, and the challenge more generally found in the final few levels. 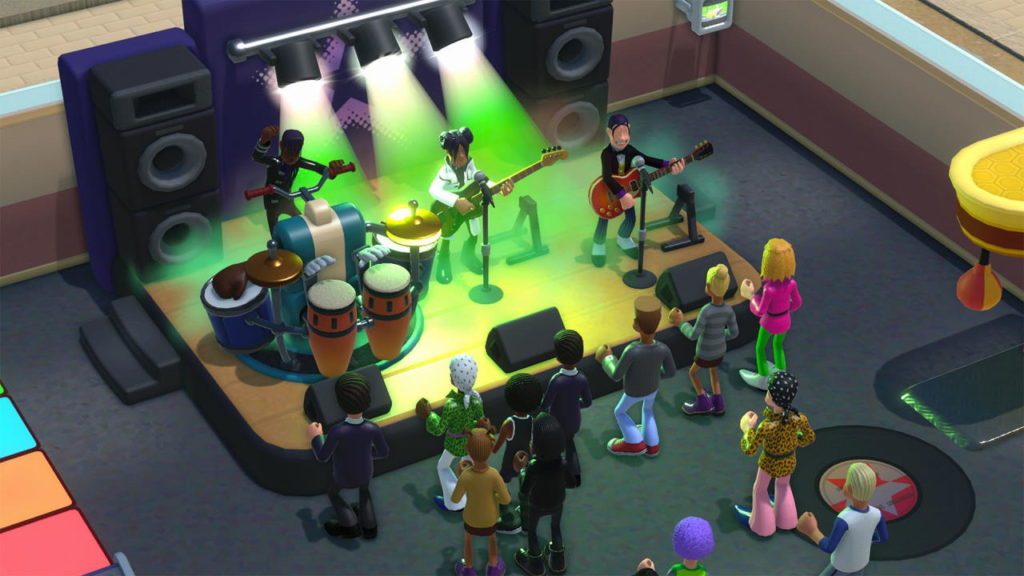 Some aspects from Two Point Hospital have naturally carried through to Two Point Campus. The endearing, cute art-style complimented by its recognisable brand of witty humour is back in abundance, and still fits in well to the overall experience in this latest title. On the flip side, despite pretty slick controls, it can still be fiddly to place and select certain items in rooms on occasion. Any errors or problems are quickly highlighted for your attention, just sometimes it can be difficult to pick up a pesky radiator in a smaller room. It’s only a minor inconvenience, but does detract a bit from the otherwise enjoyable management.

Two Point Campus definitely feels like it has built upon Two Point Hospital and can comfortably stand on its own two feet. The mechanics feel more integrated, and the setting of a university rather than hospital gives it a genuinely different feel. That said, it still feels reassuringly familiar, down to the wholesome art style and contagious humour we’ve come to love. It isn’t a complete reinvention, but it builds on enjoyable foundations to rival Two Point Hospital in all the right ways. Dare I say it, Two Point Campus is actually the better game, and long may that upward trajectory continue.

It doesn't reinvent the wheel
Occasionally fiddly to select objects

Two Point Campus is an evolution, not a revolution, but it's more refined and considered than its Hospital predecessor, making it a must-play.