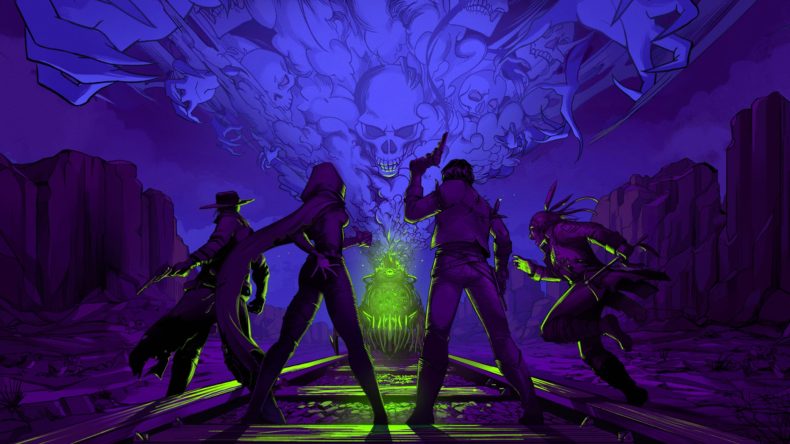 If I ever rank all the genres and sub-genres of video game, there’s a good chance turn-based strategy will sit pretty high on the list. The last few years have seen the market flood with XCOM-likes, some of them innovating to the point that they arguably surpass genre-leaders Firaxis. And yet despite them being among my favourite games, there’s one mechanic present in 99% of them – including Hard West 2 – that I possibly hate more than anything else. More than Quick Time Events, more than that unkillable boss at the start of every Soulslike, more than crouching to heal in military shooters.

The “chance-to-hit” mechanic is one of the most needlessly infuriating elements of any turn-based tactics game. It can see a trained soldier somehow whiff a point-blank shotgun blast on an enemy crouched behind half a wall from 3 feet away. Worse, it can completely screw up your entire battle plan for no other reason than “just because”. Sure you can sometimes equip gear or skills to help circumvent it, but it’s never truly gone.

Maybe in Hard West 2 it’s more forgivable because these guys are cowboys, using rusty pistols and shotguns that probably kick like mules with every shot, but it’s still maddening. Especially as, in Hard West 2, you’re almost always outnumbered three or four to one, and every single shot is vital. 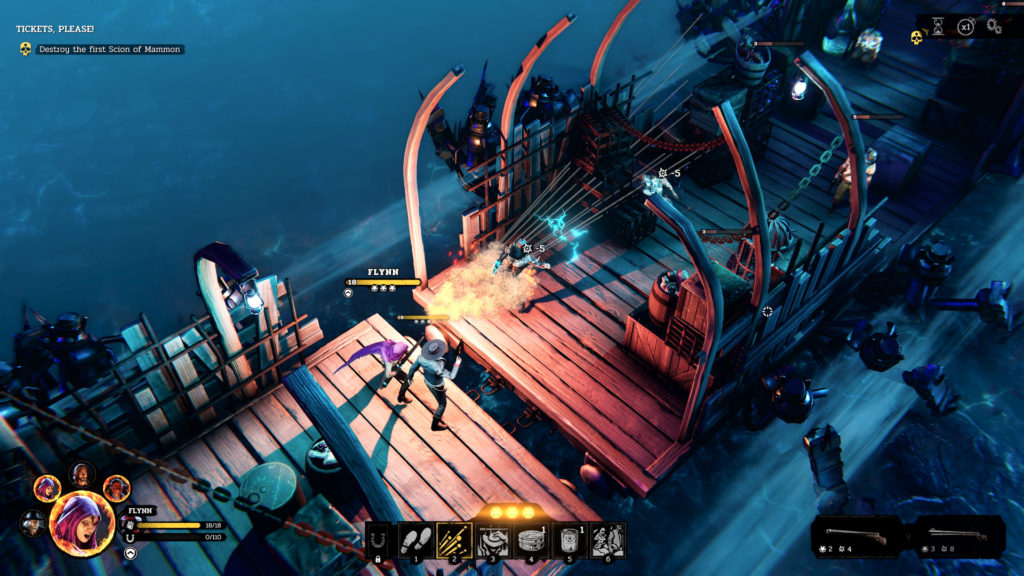 First, some background. In a story that neither assumes nor requires previous knowledge of the series, Ice Code Games’ occult Western sees Gin Carter and his posse run afoul of the demonic Mammon. While attempting to rob a train that turns out to be a ghostly locomotive straight out of hell, Gin and his best friend Clive “Kestrel” Colt are tricked into playing a high-stakes poker game against Mammon who, being a demon, predictably cheats. Gin is left without a soul, cast out into the unseasonable blizzards plaguing the Hard West.

What follows is a quest for revenge, a troubled reconciliation with the missing Kestrel Colt, and a battle for the destiny of Gin’s young ward, Flynn, a teenage girl with an extraordinary gift that she doesn’t understand. While Gin narrates the story and crosses paths with multiple characters both playable and otherwise, Flynn remains one of the most vital members of the posse.

The story is one of the best I’ve played through for the genre. It’s not going to rival a Naughty Dog narrative or anything, but as a means to keep you moving through the world, investing in the characters and uncovering truths and secrets it’s a solid offering. The writing is high quality despite a couple of sentences that seem to have lost something in translation and sound ever-so-slightly “off”. 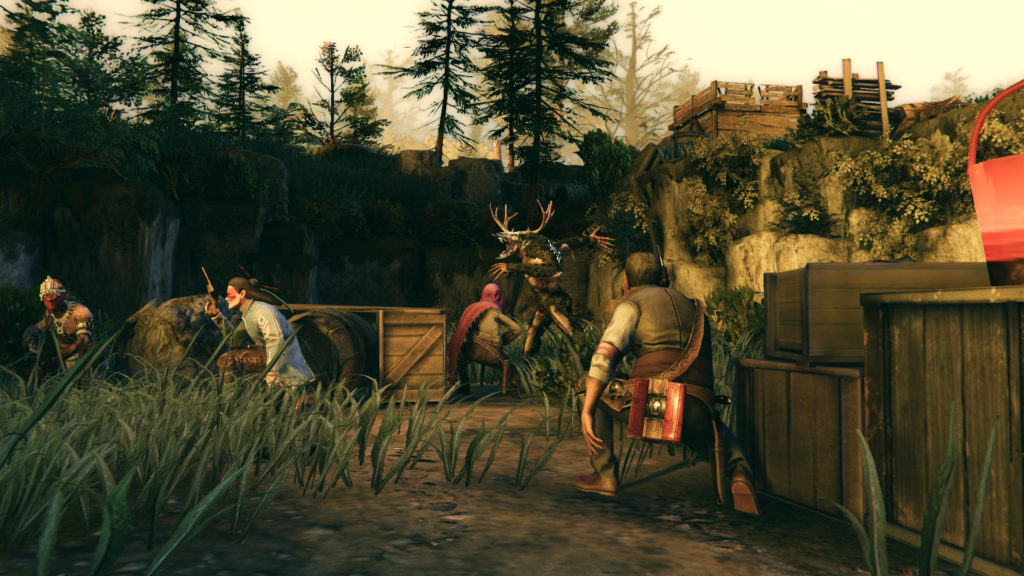 You can camp anywhere on the world map between missions and points of interest, which allows you to heal if you have provisions. There’s no permadeath because your posse members are all critical to the story, so if you lose one during a fight they’ll be back on the world map with one HP. At camp you can also chat to them, with new chapters of their backstory unlocked as you increase your relationship with them. There’s no way to negatively impact these relationships, but you will have to choose who to side with and progress.

There are choices everywhere too. Sometimes you’ll have three or more posse members offering their opinion, and sometimes you’ll need them to be at a certain loyalty level to interact with specific encounters. For example, if you’ve elevated vengeful preacher Lazarus to “ally” you may be able to use his healing powers to cure a sick tribe. This will reward you with something you’d otherwise miss out on.

Some areas of the map will be off-limits without specific tools, so you’ll need to explore the place thoroughly, following markers or just hunches to uncover secrets. But the bulk of your time will be spent fighting. 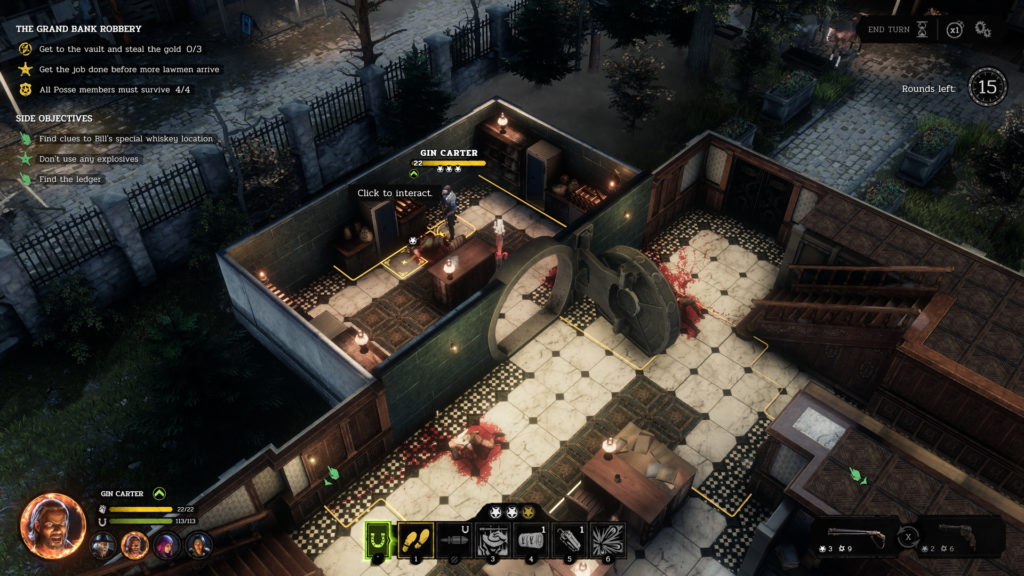 Most encounters will have you vastly outnumbered and outgunned, with enemies at different elevations or indoors, waiting to ambush you as you advance. Each turn, your posse members have 3 Action Points to spend. Movement costs one or two depending on distance travelled, using items and skills costs one point, while shooting costs two for pistols and shotguns, or 3 for long rifles. The only way to acquire more is to score a kill, which grants Bravado and refunds your AP while increasing damage and accuracy. Ultimately, you need to chain kills where possible, and use your posse’s unique talents to keep them alive.

While there are healing items like bandages and whiskey (though the latter affects your aim), there’s no healer character. The closest thing is Lazarus, who can use his talent to trade HP levels with allies or enemies. This is useful if he’s low on HP and an enemy is high, or vice versa for an ally in a precarious position. Flynn can swap places with any other character in her eye line, while Cla’lish is able to conjure a spirit to distract the enemy for one round. 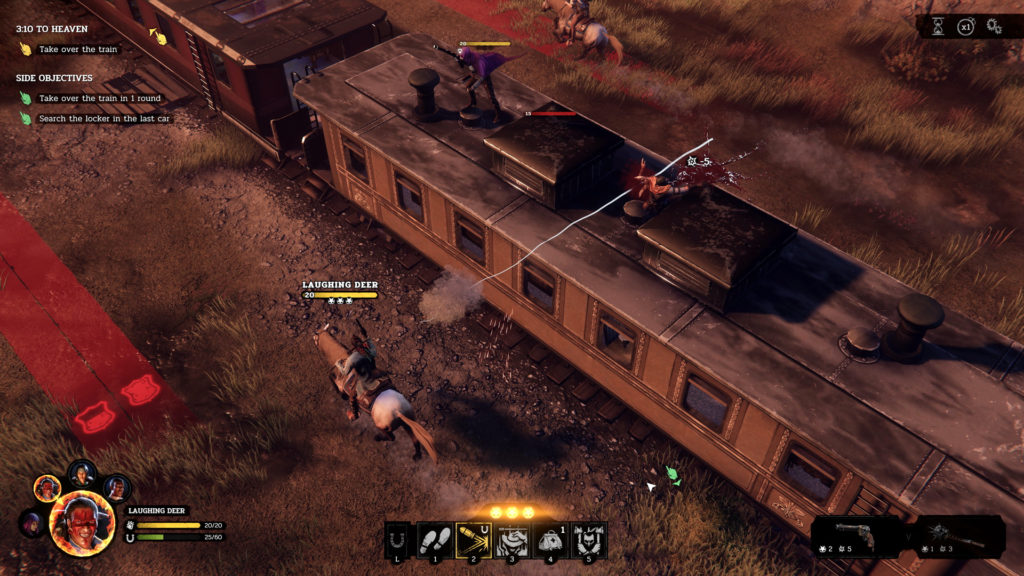 Each turn you’ll need to advance carefully, being mindful of bonus objectives such as securing supplies. Your chance of success relies heavily on killing multiple enemies each turn, which is what makes the chance to hit mechanic so infuriating in Hard West 2. One bungled shot can completely wreck your plans, leaving you open to a brutal drubbing. Every time you miss or get hit, you’ll build Luck which can be activated to boost your chance to hit, but it rarely feels like it makes a major difference. At several points I missed shots that had 100% chance to hit, which I assume was a bug.

Full disclosure now, I dropped the difficulty to Story after a few hours. I’m not suggesting the level of challenge is a negative, as there are people out there for whom it’s the major draw, but I wanted to enjoy the story without banging my head against the challenge over and over. Yet, even on easy, I still had my share of failures and restarts. A skilled strategist with a total grasp of each posse member and how they synergise will have an excellent time. For instance, using Flynn’s Shadow Swap ability to drop an enemy in the path of Laughing Deer’s charge attack, or using the decoy spirit to draw melee enemies into the path of Gin’s Shadow Barrage are sound strategies and make you feel like a genius at the time.

Although you can choose each character’s loadout, trinket and consumables pre-mission, the only way to really customise a posse member is to put cards into their poker hand. Each character can carry 5 cards, which you’ll find throughout the game. Each applies a different buff such as increased Luck or Bullseye (critical hit) damage, but if you build a poker hand such as a full house, three of a kind or a flush you unlock bonus buffs at the same time. It’s a cool system that can make a real difference in an encounter.

Everything feels authentic in Hard West 2. From believable characters to the gritty, high-detail art style that seethes with atmosphere, to the top-notch sound design, as a complete package it stands out even among some of the best in the genre. The chance to hit is a pain, and the odds are certainly stacked against you, but for many players that’s a good thing. It’s not the most original game, but it’s a compelling and continuously surprising experience nonetheless.

From believable characters to the gritty, high-detail art style that seethes with atmosphere and the top-notch sound design, everything feels authentic in Hard West 2.

You may also like
Good shepherd entertainmentHard West 2PC