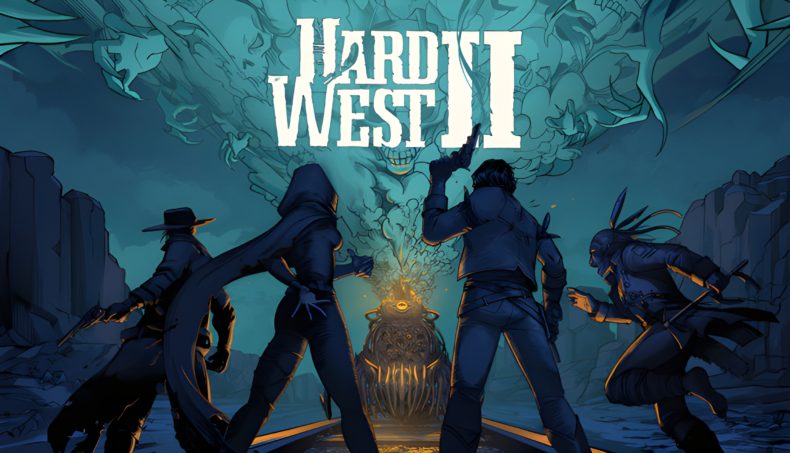 Despite being a fan of turn-based tactics games such as XCOM or the recently released King Arthur: Knight’s Tale, the first Hard West passed me by. It meant I went into the closed beta of Hard West 2 somewhat clueless, but it turns out that didn’t matter much. The sequel stands on its own merits, and adds enough to the world and mechanics of the original that it can be played and enjoyed without prior knowledge.

It tells the story of Gin Carter and his posse of train robbers. They get more than they bargained for when they try to clean out a train belonging to a devil named Mammon, who takes the souls of Gin and his best friend. Waking to find his posse scattered, Gin must embark on an odyssey to reclaim his soul, his friends, and his fortune.

Hard West 2 shares a lot in common with Weird West, both aesthetically and thematically. This again is a vision of the Old West as seen through a skewed filter, with occult horror elements sewn right into the fabric. You’ll fight as many demons and monsters as bandits and corrupt lawmen, and each of your characters has their own special abilities to bring to bear. Gin himself has a Shadow Barrage power that can hit enemies behind cover, while Flynn can switch places with any enemy in her line of sight, allowing for multiple tactical plays. 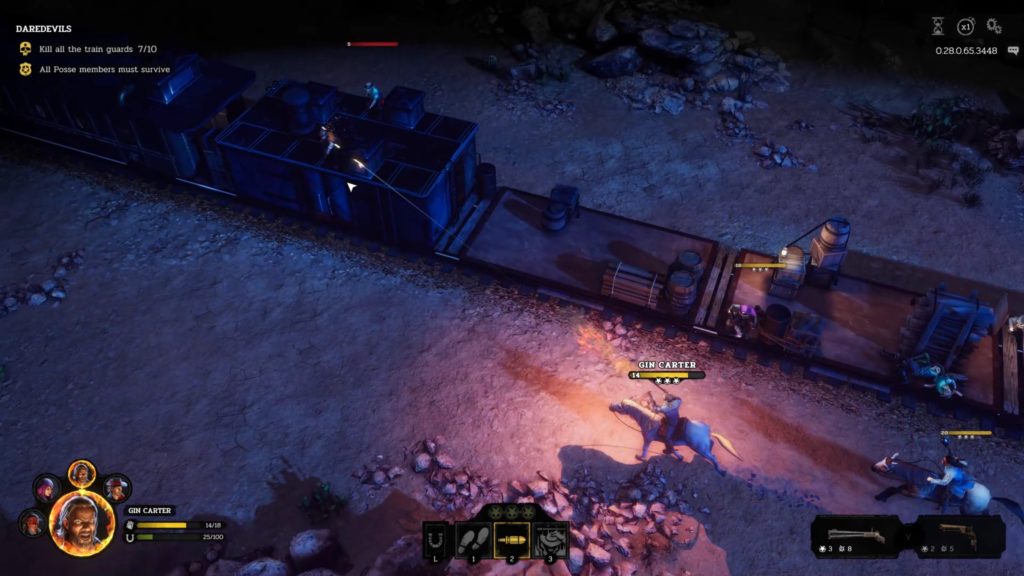 This being a tactical shooter in the vein of XCOM, you are somewhat beholden to the dreaded chance to hit. Prepare to swear a lot as your hardened cowpokes fail to hit enemies that have been nailed to the floor three feet away. Luckily, though, Ice Code Games have built a mechanic around this hated institution. Missing a shot (or getting hit) builds your Luck meter, and when it’s full, it’ll turn the next shot into a 100% chance to hit.

Every kill grants you Bravado, which refunds the character’s 3 Action Points, essentially giving you a free turn. Chaining kills becomes the aim, although the chance to hit will diminish. It’s perfectly possible to take out three or more enemies in a single character’s turn if you’re lucky enough. Add to this innate skills like Bullseye which have their own chance to hit and damage modifiers, and special abilities such as the Shotgun’s buckshot that can hit multiple enemies at close range, and there’s scope for plenty of winning strategies.

Combat is tough, though. Your enemies do a lot of damage per hit and seem to miss less often than you do. You’re nearly always massively outnumbered, too, and reinforcements can turn up to ruin your afternoon. Survival hinges on knowing your characters, and outfitting them accordingly. Each can carry two weapons, ranged or melee, as well as consumables like whiskey for HP and dynamite. 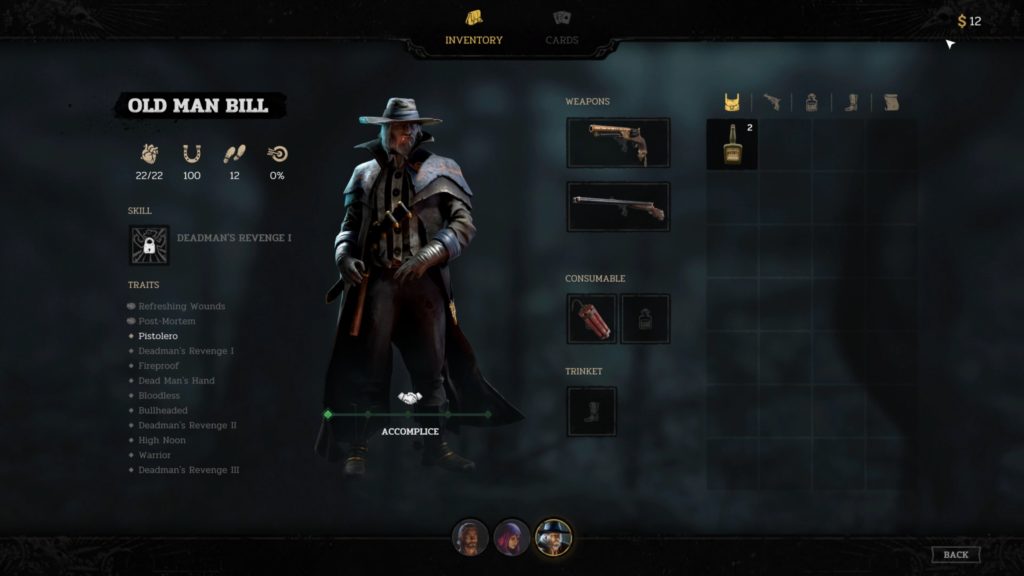 Loot can be new weapons or trinkets that carry buffs, or playing cards. These allow you to build a special hand for each of your posse members, with each card granting a buff such as increased Luck gain or higher Bullseye chance. Mixing and matching weapons, trinkets, skills and cards is essential to building a strong posse capable of taking on the dangers of Hard West 2. The beta allows for a certain amount of build-crafting, but it’s currently limited. Tool-tips assure us that there will be more skills to unlock later, though.

When not in combat encounters or missions, you’ll explore an overworld that allows you to ride to and fro between settlements and points of interest. You can search abandoned homesteads, interfere with world events, or visit merchants and other NPCs. Here you’ll make choices that affect the story and your relationships with the other characters.

Making camp allows you to converse with your crew, and while learning more about them you’ll be given the chance to pick sides now and then. This directly affects their loyalty to Gin, which can have adverse or beneficial results down the line. How far this goes, I can’t say yet, but even in the beta there are multiple opportunities to make such decisions. 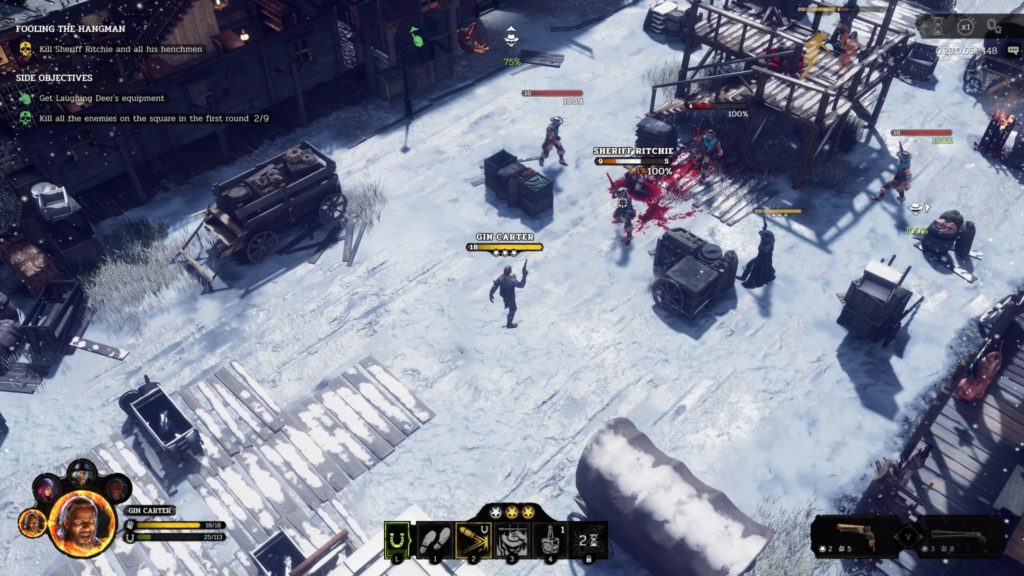 Aesthetically, Hard West 2 is strong. It has a more realistic look than its predecessor, eschewing the cartoony, colourful style in favour of something a little more gritty. Environments are detailed, with opportunities to explore the area even during firefights. Optional objectives will sometimes require you to find specific objects during fights, and buildings have multiple stories, opportunities for cover, and vantage points.

There’s no shortage of tactical turn-based games these days, and between titles like Weird West, West of Dead, and Ritual: Crown of Horns, the creepy Western has more than its share of representation. But Hard West 2 looks set to more than earn its place. While it is difficult and I’m no fan of chance to hit mechanics, the action is slick and satisfying. It’s also good-looking, with some decent voice work and some interesting ideas towards character building. It’s not out for a while, but I’m already looking forward to playing some more.

Senior Content Editor Mick has been playing games for over 30 years and writing about them for around 12. After drifting from site to site for a while, settling briefly at the now-defunct Made2Game and freelancing for the gone-but-not-forgotten NintendoGamer Magazine, he came at last to rest at Godisageek. Mick has been a reviewer, staff writer and content editor here for some time, while also moonlighting a little for Red Bull Games. He has 4 kids, has written 2 novels, and sometimes even manages to pay a bill or two. You'll usually find him defending the galaxy in Destiny 2, battling evil in Diablo 3, or lurking in the background on Twitter. Find him there @Jedi_Beats_Tank, or on XBL (JediWaster247), PSN (Jedi_Waster) or Nintendo (JediWaster).
MORE LIKE THIS
Good shepherd entertainmentHard WestHard West 2Ice Code Games