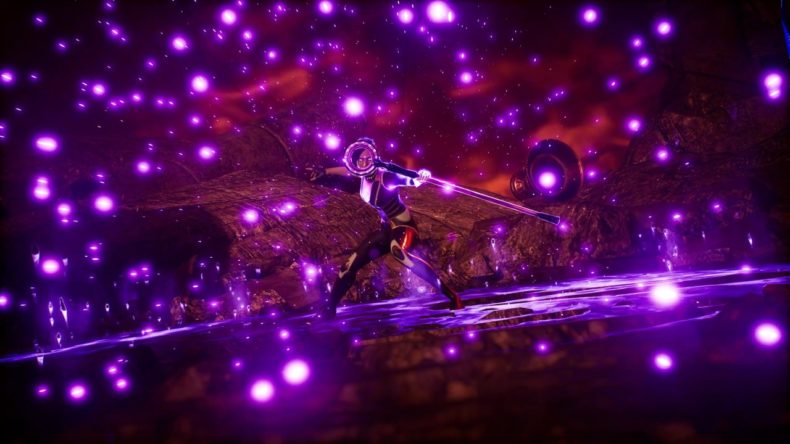 If you want the best abilities and coolest suits for your heroes in Marvel’s Midnight Suns, you’ll need to beat special encounters such as the Nico Hero Challenge. There’s one for each character, and you can only access them once you’ve achieved a Level 5 Friendship.

While the tactical combat of Midnight Suns is deep and challenging, these single encounters are a different beast. More like puzzles, they require an exact sequence of moves and actions to take out a certain number of enemies and unlock the hero’s ultimate Legendary ability. We’ve put together a quick guide here to help you get through Nico Minoru’s challenge. 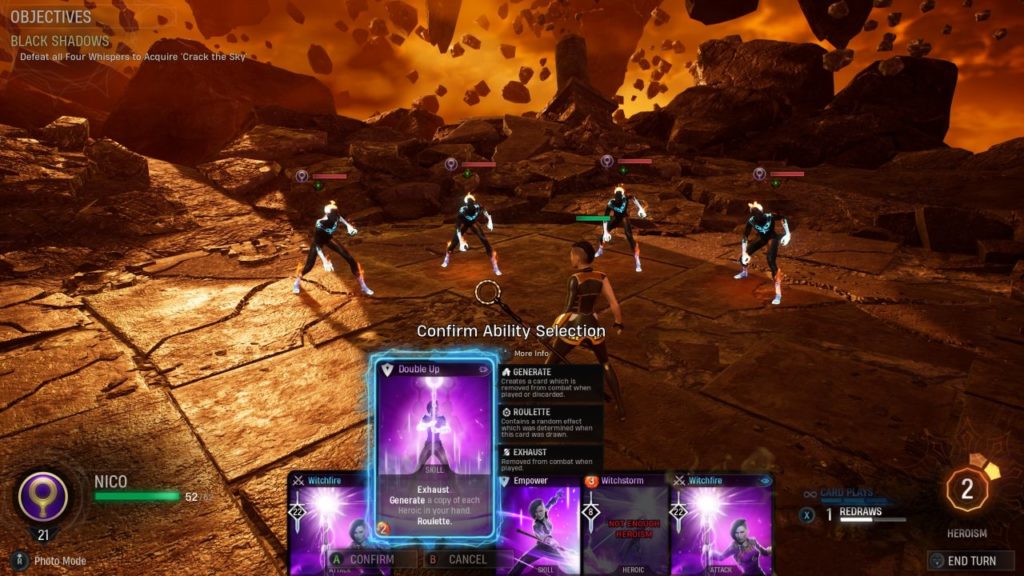 Sassy witch Nico Minoru is a former member of the Runaways and wields the Staff of One, an arcane weapon with immense power and an annoying quirk: it can only cast any spell once, and has a tendency to cause entirely unforeseen side effects. In combat this makes Nico a calculated risk: she can do serious damage to enemies, but now and then the randomness will take over. As a result, her Challenge is all about locking the randomness down and forcing order into chaos.

You’ll begin her encounter with five Cards, two Redraws, and no moves. To win, you need to defeat all four enemies facing you. If you run out of Cards before they’re toast, it’s over. You have the following in your hand: Witchfire, Blood Magic, Double Up, Empower, and Witchstorm. 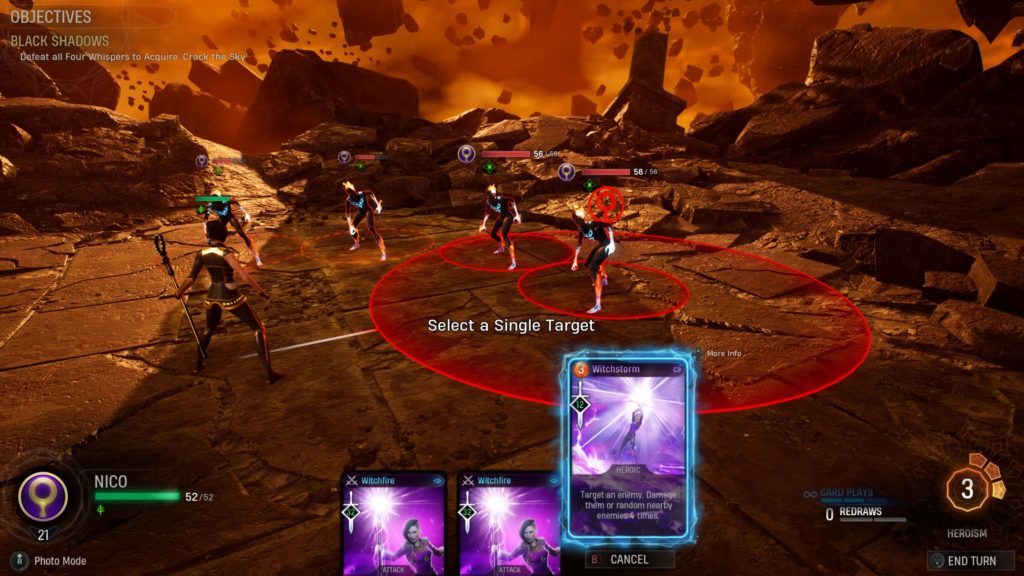 First of all, you need to use Redraw on the Blood Magic card. It’s a red herring and will swap out for another Double Up. This card copies one of the Heroic Cards in your hand, or may copy a normal Skill or Attack thanks to the Roulette effect. Use the newest Double Up now and you’ll get a second Witchfire.

Now use the original Double Up you had in your hand and you’ll get a second copy of Witchstorm. At this point it seems obvious to use Empower, as you don’t have enough Heroism to use both copies of Witchstorm. However, the two Witchstorms and two Witchfires you have are not strong enough to take out all four enemies. You need a boost. 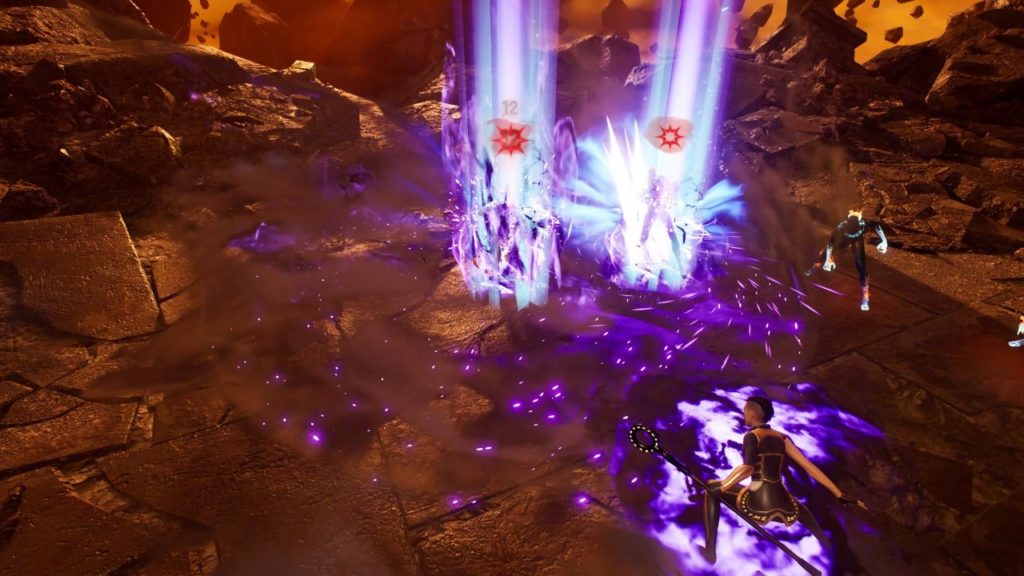 Instead, use your final Redraw to discard Empower, which will give you a new Blood Magic Card with a Strengthened x2 effect. Use this and it will bolster your Offense enough to take out all four enemies.

But the order in which you use the attacks is crucial. Witchfire cannot be targeted: you cast it, and it will harm one random enemy and if it KOs it, will recast the spell on the next nearest enemy. First you need to soften them up.

Cast Witchstorm on the leftmost pair (do not target three at a time, even though you can), which will cause both enemies to take 24 damage each. Now repeat the process with the rightmost pair. Now they’re weakened, you only need to cast Witchfire twice and watch them drop. Watch the video below for a clear demonstration.

Congratulations, you’re done. Now you can claim the powerful Crack the Sky ability and destroy the crystal to free yourself from memory.

We hope you enjoyed this guide to the Midnight Suns Nico Hero Challenge. Check out the other guides, as well as the review, elsewhere on Godisageek.com.

Senior Content Editor Mick has been playing games for over 30 years and writing about them for around 12. After drifting from site to site for a while, settling briefly at the now-defunct Made2Game and freelancing for the gone-but-not-forgotten NintendoGamer Magazine, he came at last to rest at Godisageek. Mick has been a reviewer, staff writer and content editor here for some time, while also moonlighting a little for Red Bull Games. He has 4 kids, has written 2 novels, and sometimes even manages to pay a bill or two. You'll usually find him defending the galaxy in Destiny 2, battling evil in Diablo 3, or lurking in the background on Twitter. Find him there @Jedi_Beats_Tank, or on XBL (JediWaster247), PSN (Jedi_Waster) or Nintendo (JediWaster).
MORE LIKE THIS
GuidesHintsmarvelMidnight Suns