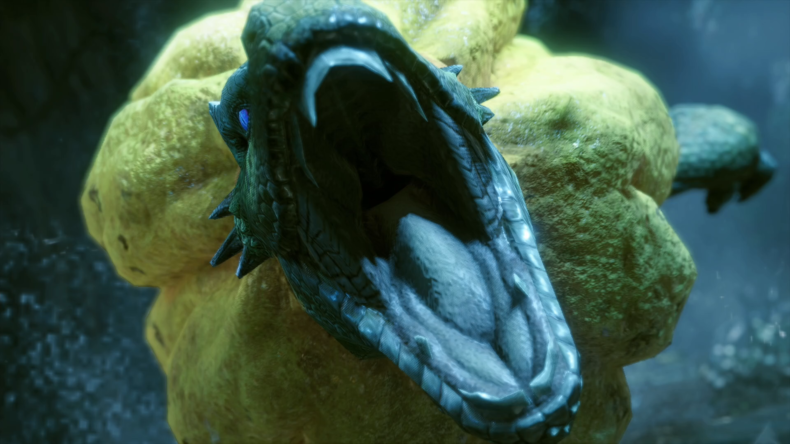 Royal Ludroth is another returning monster in Monster Hunter Rise. With its iconic mane, it looks similar to a water lion that wants nothing more than to make you its next meal. Its size, pace, and attacks make for a fairly tough combination that can put you under real pressure. However, with the correct approach, this regal enemy can be easily dispatched without too much trouble.

Royal Ludroth is a long lizard that makes its home in watery environments. Similar to the Great Wroggi and Great Baggi, Royal Ludroth is also usually supported by smaller kin to help it in battle. These Ludroth enemies hit with less power, but are still quick, and when you are surrounding they can easily work together to get you into a spot of bother. As with the other enemies, it makes a lot of sense to clear out these smaller foes first to give yourself some room.

Royal Ludroth is quite a pacy monster once it gets going so keep an eye on it at all times. Melee hunters and Ranged attackers should try and aim for the head and mane area if they want to rack up the most damage in general. Given the size of the large mane, this shouldn’t be too difficult.

Also note you can cut off its tail with enough attacks to it, for an extra carve opportunity. 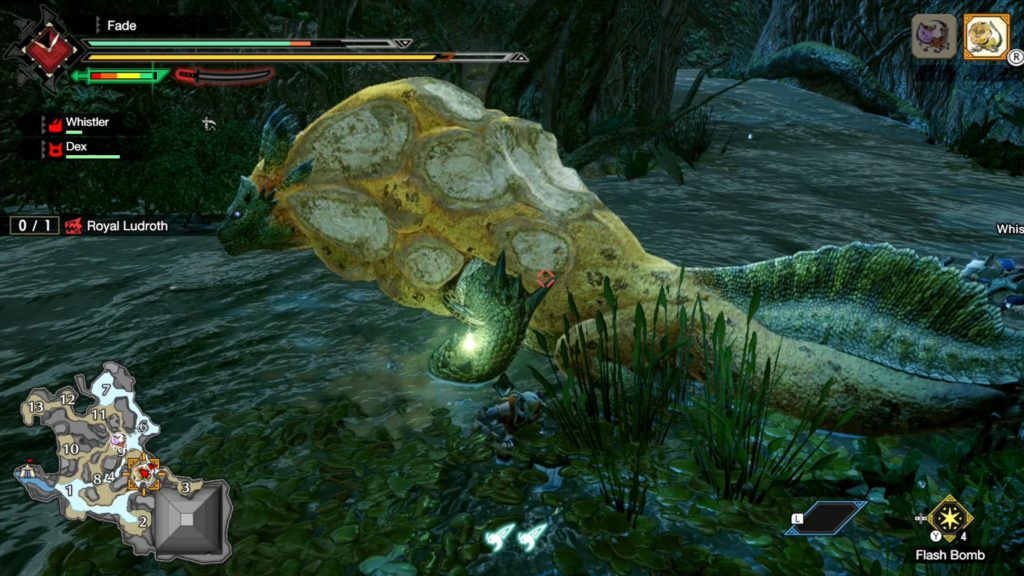 Royal Ludroth is quick and likes to charge around in the water a lot in Monster Hunter Rise. If you get caught in his runs, which could be made up of two or three directions consecutively, then you will likely get knocked off your feet and take damage. As with all charging enemies, keep your eye on Royal Ludroth constantly and be aware of the direction that it is facing to know where he’ll be running to next.

Royal Ludroth will also curl itself up, keeping its tail safe, it will use this to flip around, but can also attack violently with it. As such for those hunters going for the tail chop, they should be aware of the strong tail swipe as it can knock you back and deal damage meaning you’re not close to continue damaging the tail.

As well as physical attacks, Royal Ludroth can also spew water from its mouth to hinder hunters. It can make several spits in a row over various parts of the current area to trip up unsuspecting hunters. Alternatively, it can fire a water cannon out of its mouth which does larger damage and can be quite difficult to dodge, if you’re not behind Royal Ludroth during the windup animation. Both these attacks build up Waterblight if they hit, and so make sure you are well stocked up with Nulberries to remedy this and prevent your Stamina from taking a big hit for a while. 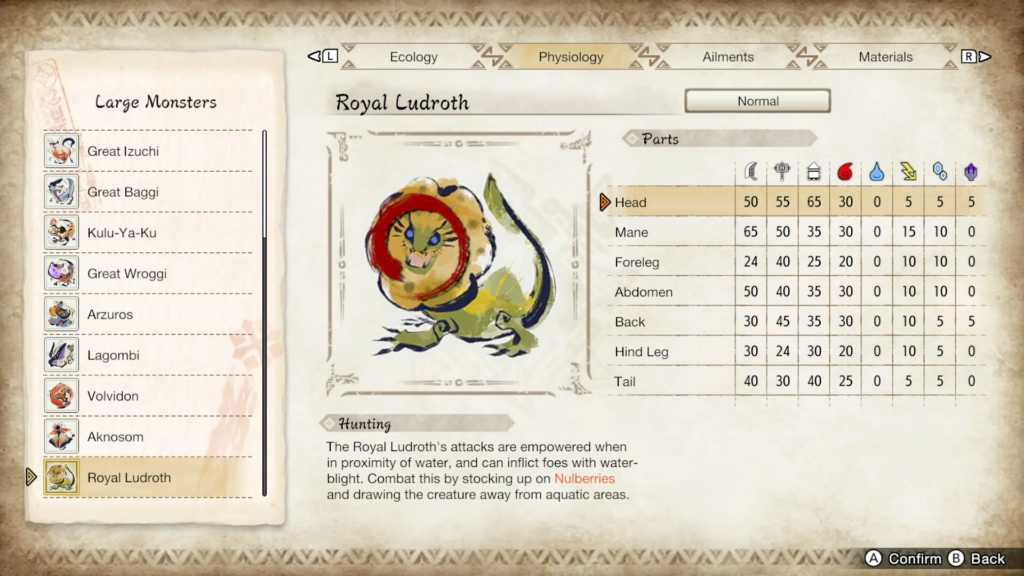 The best elemental type to use against Royal Ludroth is Fire Weapons, which are very effective across pretty much all areas of this monster. If you don’t have a Fire Weapon, the next best alternative is Thunder, which is best used on the mane area.

Royal Ludroth is fairly susceptible to Fireblight so go with a Fire weapon as mentioned above. Blast is also another option if you have a weapon of this type, as you can deal extra damage with it.

Royal Ludroth can be found in Flooded Forest and Lava Caverns.