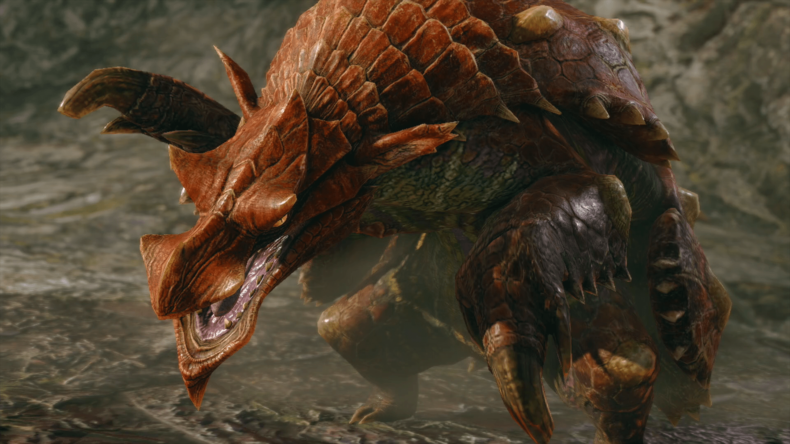 Volvidon is quite an iconic monster in Monster Hunter Rise, with its spherical appearance and red carapace. It can be quite a tricky customer as it has lots of different things to look out for to check you don’t get overwhelmed. We’ll list out all the different attacks to be wary of so that you can take down this tricky monster with ease.

Volvidon will spend a lot of the fight curled up like a ball, similar to an armadillo. Its softer underbelly remains protected with that harder shell taking much less damage. But don’t worry you can still damage this red outer casing, and you’ll be in much better shape once it is smashed. Big weapons like the Axe will make light work of this, allowing smaller weapons to come in and add to the damage. Like the spritely Lagombi, Volvidon moves around a lot and so ranged attackers need to be on their game to make sure they hit Volvidon when he has come to a standstill.

Similar to Arzuros and Lagombi, there is a small window where Volvidon will stand up on his hind legs and growl to intimidate you. Use this slight opportunity to get a few free hits in, whether you are ranged or melee hunters. 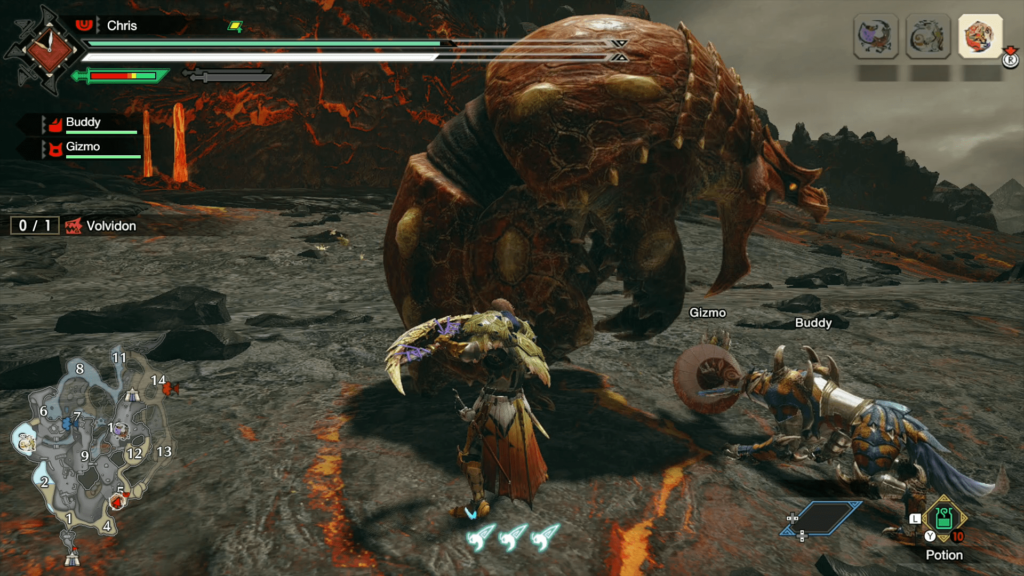 Volvidon spending time all rolled up in a ball isn’t just for show. In fact this tactic is to use as an attack against you. The obvious one is when he rolls towards you at a fair pace, so keep an eye on his position and make sure you dodge out of the way of it. He also uses this ball shape to bounce around the area, knowing that his harder outer shell will pack a punch should it land on you. Keep moving during this bouncing move, until you’re sure that it’s over. When it is, you can feel confident of moving closer to deal damage again.

Ranged attackers often feel safer against most monster given their close-quarters attacks. However, these hunters should be wary of Volvidon’s deceptively long tongue. It can lick out at speed and do damage to ranged attackers and so keep an eye out, especially if Volvidon has moved to face you.

Another attack to be aware of is a spitting attack that Volvidon does in Monster Hunter Rise. You need to be careful because his saliva emits a paralysing toxin that can cause the Paralysis effect should it hit you and your resistance to the ailment is low.

But perhaps the most iconic move that Vovidon has is literally to stink. He can emit an AoE brown cloud around himself which if a hunter wanders into it, will get the Stench effect immediately. As such you will be unable to consume items. Make sure you bring a few Deodorants with you to deal with this quite inconvenient status. Volvidon has a pretty obvious windup animation for this as brown smoke appears around him before he expels it. Make sure you get out of the way before it is released. As usual, it’s better to be safe, than to be greedy. 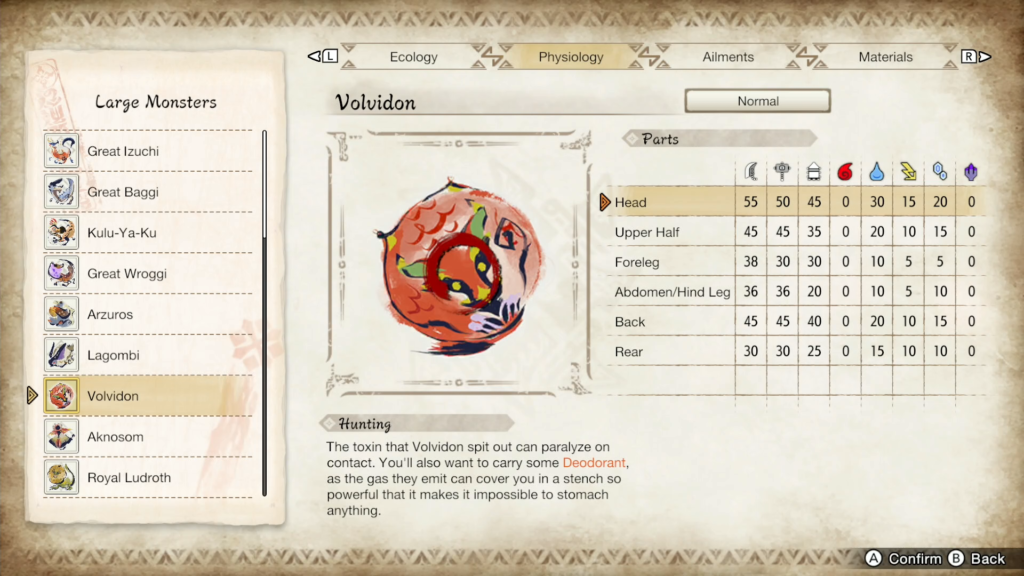 The best elemental type to use against Volvidon is Water Weapons, which are very effective on both the head, upper half of his body and back areas, so equip that element if you have it. If you do not have a Water Weapon, the next best element against it is Ice.

The Volvidon is fairly susceptible to Stun and Waterblight so stock up on items to help here, go with a Water weapon as mentioned above. Blast is also another option if you have a weapon of this type, as you can deal extra damage with it.

Volvidon can be found in Sandy Plains and Lava Caverns.