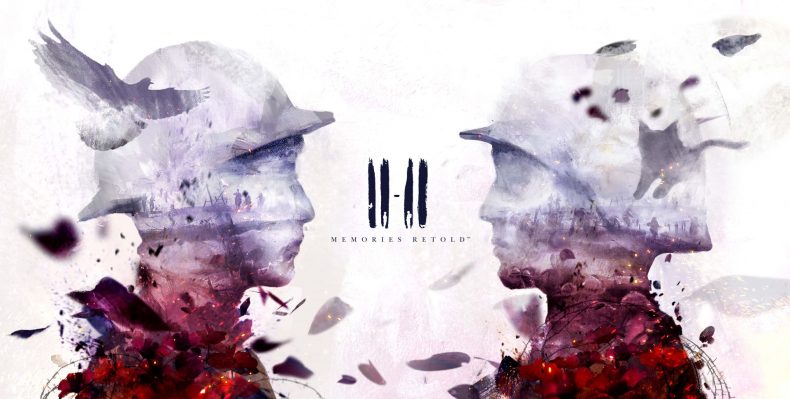 With the centenary of the ending of the First World War fast approaching, it seems fitting that a game is released that explores some of the personal stories of the countless men and women whose individual experiences make up our knowledge and understanding of the war that was to end all wars. Enter 11-11 Memories Retold a fictional story set during the latter parts of the four-year conflict. It tells of the story of Harry, an idealistic young Canadian man who joins the Allied forces as a war photographer, and Kurt, a German soldier who is desperately trying to find out what happened to his son whose unit went missing, presumed dead during the Battle of the Somme. Both are pulled into a conflict that neither wanted to be part of with their stories crossing over at different points.

We first meet Harry working in a photography store in Toronto, Canada. He is in love with the owner’s daughter and dreams of nothing other than spending his life with her. The war is already underway, a year from peace; however in Canada it seems a distant conflict, almost to the point of being romanticised, and barely touches the daily lives of Harry and his love, Julia. That is until Captain Barrett enters the store. Barrett is on a recruitment drive and wants some photographs taken to encourage the war effort and keep morale high. He sees that Harry has a keen eye, and Harry sees the way Julia looks at Barrett in his uniform and decides at that point to join up, and is shipped over to the Western Front. Meanwhile over in Germany we meet Kurt, a middle-aged engineer working in a Zeppelin factory. He is too old to be a soldier, but he overhears a radio broadcast that confirms his son’s unit is missing, presumed dead. Rather than hoping and praying that Max is still alive, Kurt enlists and is shipped to Vimy Ridge, where he tries every day to find word of his son’s whereabouts. Both characters, in their own ways, join the War in the pursuit of fulfilling their dreams and preserving their futures. For Harry it is about impressing the girl back home; for Kurt it is in finding his son and all the hopes and dreams he has.

The early parts of the story are beautifully told with the focus entirely on these two characters as individuals rather than enemies. We see Harry pulled around by the vainglorious Barrett, taking photographs on artillery guns and in other contrived poses, “sticking it to the Jerry”, but as an idealist he has no concept of who or what that is, or that it might mean his life is in danger. Kurt, on the other hand, is more pragmatic: he knows he is likely to die whilst looking for his son and writes often to his wife and young daughter to explain his reasons for doing so. There is no judgement placed upon Kurt; he isn’t the enemy in this story, just a man, one of millions pulled into a conflict by circumstance rather than a sense of duty. There is a real effort to humanise both characters and there is a beautiful part early on in the story where Kurt is travelling to Vimy. As he writes to his wife and daughter he listens to a German soldier singing a song to the tune of “Auld Lang Syne” and it gives him comfort – later we see him underneath the trenches listening to the Allied Forces who themselves are singing the same song, and it acts as a reminder that there were real people with lots in common on both sides of the conflict, not just a faceless enemy. The narrative sees Harry’s and Kurt’s stories crossover and take them to the Somme and Passchendaele, as well as other locations. We see the horrors that the war had on both sides, from the filthy, mud soaked trenches to the dangers of No Man’s Land and the use of gas. As a means to fill in some historical background to the story there are a number of collectible items to pick up. Successfully collecting each part of a set will reward you with key information from that time, usually recreations of primary source materials such as photographs or accounts of life in the trenches. Successful collection of every item in each Act will be rewarded with a show reel of (presumably) archive footage, however the likelihood of locating every item is slim as they are often hidden in areas that the story won’t take you to naturally.

In the early parts of the story there are only a few items to collect in well contained areas, but as the story progresses there are more and more, often in large expansive areas and it is easy to miss them. The insistence that you gather these items does a great deal to detract from the poignancy of the narrative. It feels entirely wrong to ask the player to divert from the crucial task of fixing a broken radio or fetching water to cool off an overheating gun on the off chance that a missing collectible might be located in the opposite direction. There are so many pieces to find that it feels like a pointless task, and as such any intended impact of the background materials is lost. The most striking element of Memories Retold is the visual style. It employs an Impressionist style which gives it an ethereal, dream-like tone. Impressionism, of course, was of that period, and it is entirely suited to the telling of these particular stories as it feels like something that isn’t whole, like you are desperately trying to grasp it to bring it into focus. Thematically, it’s a fitting sensation, feeling that the visuals could vanish at any moment in a strong gust of wind, much like the hopes and dreams of the countless men and boys who lost their lives in the conflict.

11-11 Memories Retold is at times a beautiful tribute to those who fought in World War I. It weaves a story around two individuals who are thrust together as enemies due to circumstance rather than anything else. In the beginning it focuses strongly on both characters’ reasons for joining the war, and a friendship is formed under extreme circumstances – however, much of the early work on the character building is brushed aside in the final Act, which feels very rushed. As you play you can make some choices that subtly impact the story and shape the characters, and despite there being a number of different endings each one felt unsatisfactory to me as the character motivations seemed out of synch with what had gone before.

There is some superb voice work from Elijah Wood and in particular Sebastian Koch who give life to these characters but, while the visual style really captures the sense of the fleeting lives of the individuals caught up in the conflict, a rushed final act and a substantial amount of factual information hidden away in collectible items spoils the poignancy of the tale.

11-11 Memories Retold tells the intersecting stories of Allied War Photographer Harry and German soldier Kurt as they are thrust together by circumstance. A rushed final act and factual information about WWI hidden in collectibles do, unfortunately, undermine much of the excellent early work.