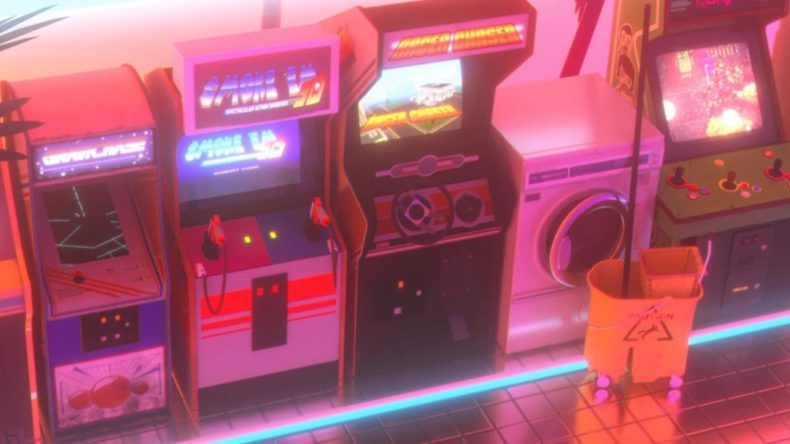 Arcade Paradise is definitely my jam. For the hours I’ve poured into it, not a single one was spent without purpose, whether I was frantically running the laundromat to make sure customers got their clothes clean and dried, unblocking the toilet, clearing out the rubbish, or playing on the wealth of arcade games, I was always busy. There were times I entered into a trance, fully in the zone, not realising it was 2am before thinking it was probably a good idea to go to bed.

Arcade Paradise: If you build it, they will come

The whole purpose of Arcade Paradise is to build your arcade into a thriving business. It takes a while until you start to notice the benefit, and that’s because you have to put in the hard work by running the King Wash, a laundromat owned by your dad. It runs day to day, so you’ll have to come in during the morning and do all your jobs to make sure customers keep coming to get their clothes sparkly and clean. You’ll pick up rubbish scattered across the laundromat then throw it in the dumpster outside. Gum can get stuck all over the place, so you’ll need to get rid of it. 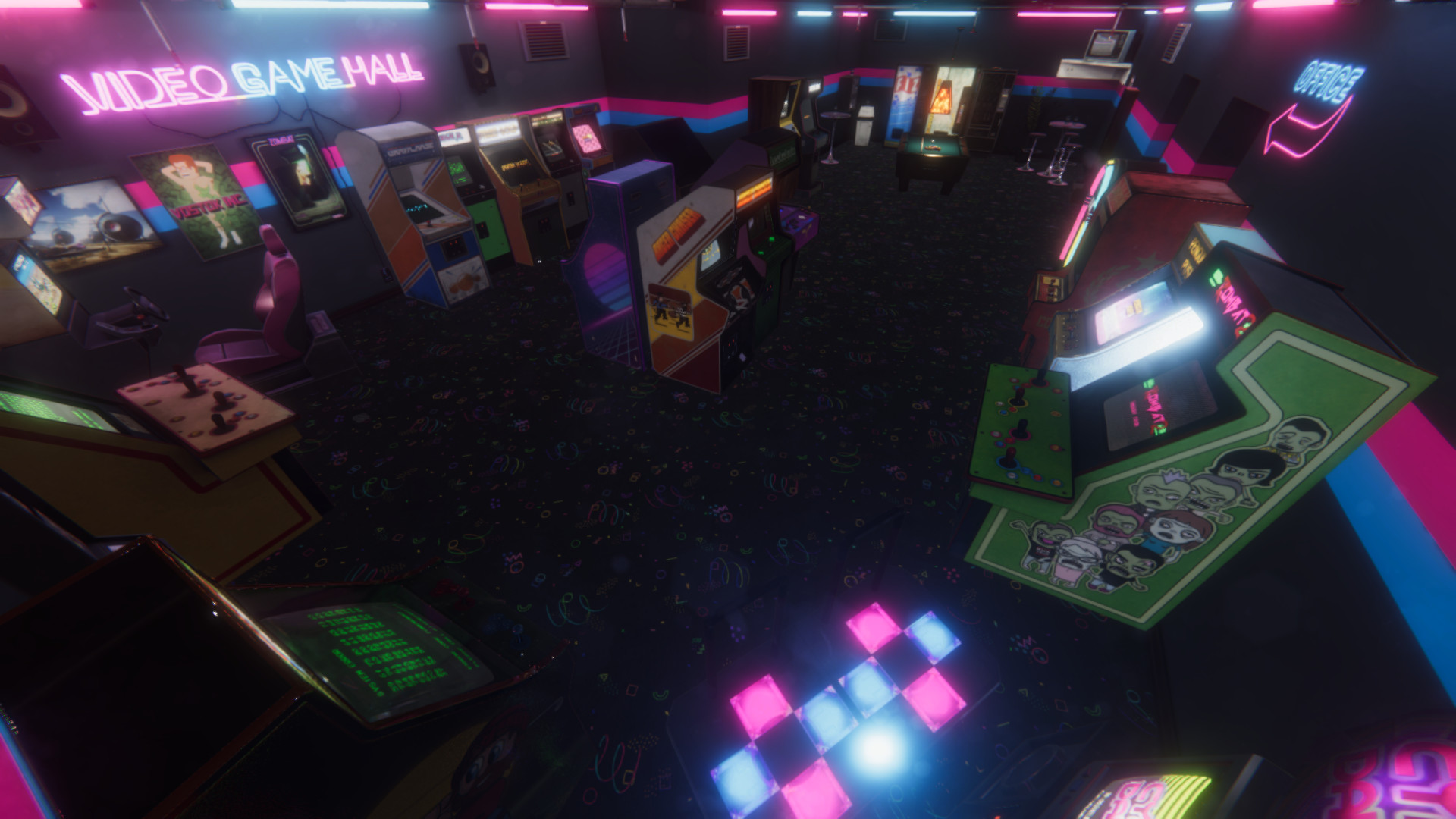 All of these tasks play out in little mini-games where a gauge will appear, meaning you’ll have to stop it at its fullest to do the job. The toilet can become blocked from time to time, and certain arcade machines will break thanks to those damn cockroaches. On top of all these menial tasks, you’ll need to throw baskets of laundry into the washer, wait a few minutes, then dump them in the dryer. The general flow of literal rinse and repeat becomes oddly satisfying. You end up doing a lot in your working day, all becoming even more intense when trying to make something of your fledging arcade in the backroom.

Initially, you start of with a handful of machines where people waiting on their washing can go and play on. The more money you make from both the arcades and the laundromat can be used to put in the safe. You’ll start to build up your funds to be able to buy more arcade cabinets that can be positioned where you want, often being delivered the next morning. Of course, with new games means new and more customers. From your handheld device, you can adjust the difficulty of the games and how much money you charge to make sure you’re getting a profit.

Eventually you’ll be able to increase the size of your arcade by knocking down walls and filling up other rooms in the laundromat, but this costs money. Balancing the cost of new machines with bigger space isn’t a difficult task, but it does require fundamental business knowledge to get it done. In your down time, you can go and play on the machines yourself, with some being a ton of fun to play. Just make sure you don’t neglect your duties or else your rank for each chore will make you earn less money. It’s tempting to put all your time into playing games like Racer Chaser (think GTA meets Pac Man) and Zombat, so balancing your down time with your chores is an important part of your day. 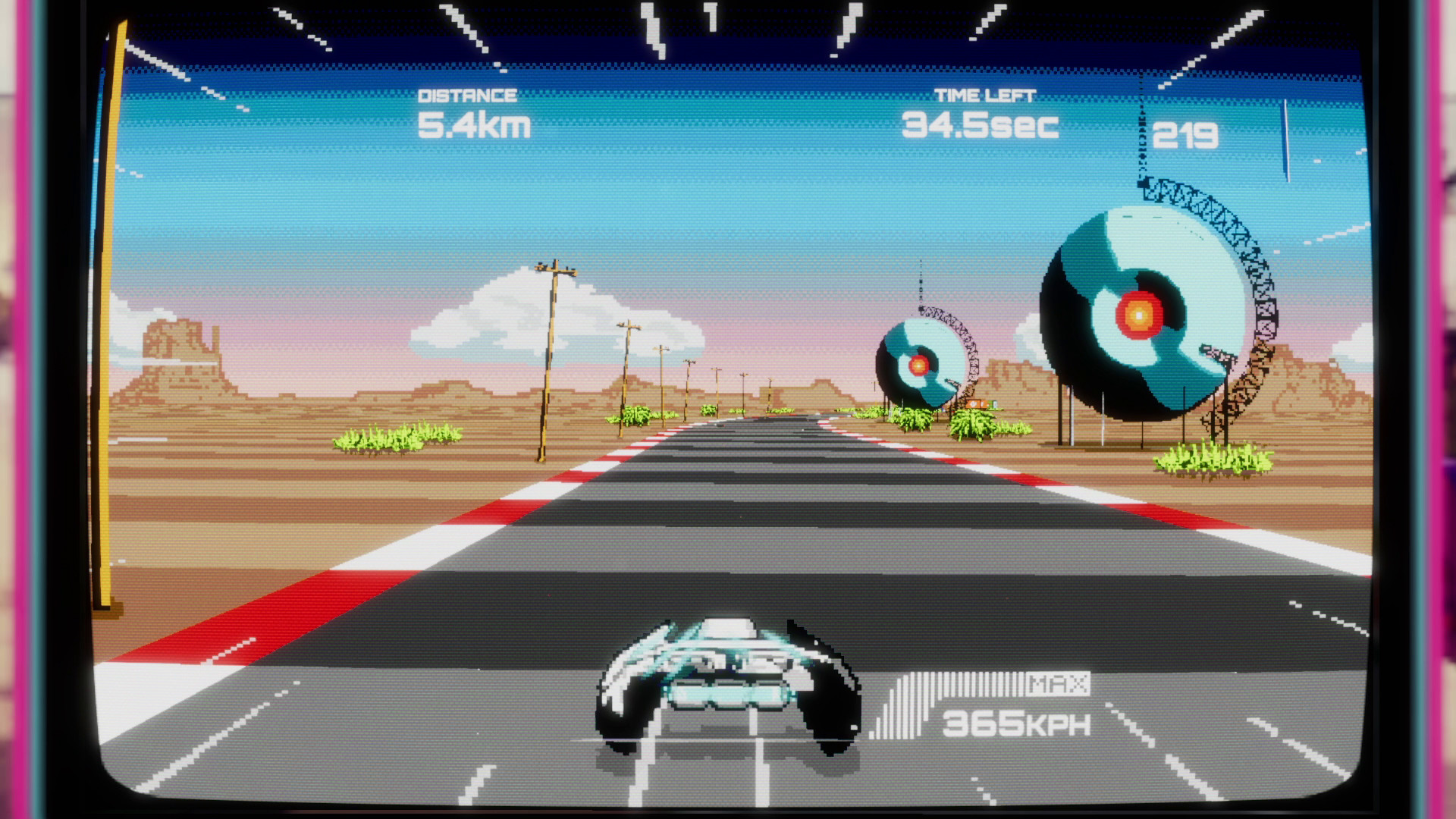 There’s a great sense of accomplishment as you start to build your gaming empire. At first, the repetition of maintaining a clean laundromat and doing all the washing might feel a tad laborious, but when you start to see more money roll in, it’s hugely satisfying. Pair that with the effort Nosebleed Interactive has put into every arcade game feeling different (and faithfully nostalgic) to play, and the coolness that oozes from the general aesthetic of Arcade Paradise, it makes the time spent with it feel special. Even your office has that 90s feel to it, with everything from emails to the dial-up connection reminiscent of a time that feels so ancient now.

Arcade Paradise packs a lot in to its management-lite gameplay. Running the laundromat is so satisfying, as is building your arcade with new machines to bring players in. As much fun as I had doing this, I also loved the different games you can play as you go, with more being added the more you play. The repetition can feel like a chore at times, especially when you’re trying to make money, but it isn’t long before you’ve got a lot of money in the safe to be able to add and improve your business. It looks great, and has a banging soundtrack inspired by familiar tracks of the 90s, making living life as a thriving entrepreneur well worth all the hard work.

The daily routine can become repetitive

Arcade Paradise not only looks cool, but the running of your business is fun and enjoyable, and the arcade games are wonderfully designed.