Batman: A Telltale Series – Episode One: Realm of Shadows Review 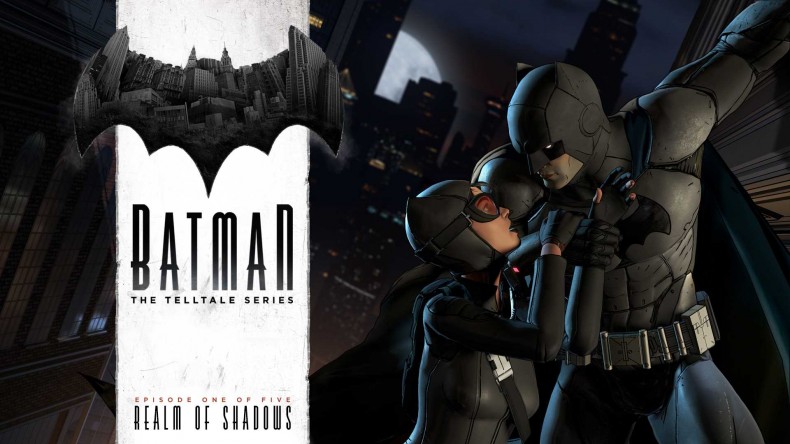 You’re never too far away from a new iteration of The Dark Knight, and now Telltale Games has thrown their cape in the ring with the first episode of a brand new adventure for the Batman. Instead of putting the focus on the caped crusader, you’re now faced with a more cerebral battle as opposed to a physical one, Telltale has managed to bring a different take on the character by focusing almost solely on Bruce Wayne.

As a massive Batman fan, it’s hard not to treat every new vision of the franchise with trepidation, especially when the focus isn’t solely on your crime fighting shenanigans. Without giving too much away, the Wayne family name is being dragged through the mud, and certain rumours have started to fly around regarding links with the mafia. It’s up to you to try and work out what is going on by using your brains more than your brawn.

For those of you who are expecting cameos galore or a bunch of references, you’re going to be a little blue. There are some familiar faces, but nothing that made me scream my lungs out with excitement. Characters like Carmine Falcone, Jim Gordon, and Vicki Vale all have quite a role to play, along with other series stalwarts like the unsullied Harvey Dent and Selina Kyle. There is the appearance of one character I wasn’t expecting, but the way his background story and appearance is presented diverges from what we’re all familiar with.

You do play as Batman, of course, and you’ll really get to test the waters with how far you’ll go when facing mercenaries and other bad guys. Batman has never killed anyone, but he can have a reputation for being too violent, and there are instances when you make a choice to shape the kind of Batman you want to be; and in these moments the game really shines. In the later stages, you’ll get to dabble with the detective side of Batman, but it’s a boring inclusion. Unlike Arkham Knight, the build up to recreating crime scenes can be long winded, and the payoff isn’t nearly as satisfying as Rocksteady’s efforts. It feels as though these parts are late inclusions and mere background noise in the story that takes centre stage.

Bruce Wayne is the centre of the story here, and for the majority of the episode you’ll be chin-wagging with upper class acquaintances, appearing at fundraisers and speaking at press conferences, all while trying to build a strong character for yourself. Bruce naturally comes across as arrogant, but you’re given the chance to show some integrity and kindness; you don’t always have to be a dick, and being a stronger person sometimes means you get to stick up to horrible shits like Carmine Falcone. There’s a scene early on where you can talk to the crime boss, and sticking to your guns and not giving in to his bullying tactics will do wonders for your confidence, and your character. These interactions make up a majority of the game, and even though there are quite a few playable moments, you will just be watching and chipping in with a statement or two every now and again. The game goes on for too long and the story feels like one I’ve heard a thousand times before. It isn’t until the end when I started to see the story for more than just another Batman tale. There are some QTEs throughout and on many occasions you’re really pushed to the limit. During a fight within the first five minutes, I was throwing punches, using batarangs, and zip-lining all over the shop. They aren’t too difficult to execute, but you really need to pay attention to every attack and every move your opponent makes. Along with these QTEs, you also have multiple choices – some are relatively typical, but most shape the way others view you as Bruce Wayne, and the way you view Wayne also.

One of the better features is the Batcave and more so the batcomputer. You’ll get to read about characters and locations you’ve discovered in the codex, watch the local news, and dip into the Gotham media feed to keep up to date with all the news stories. There’s also a radio playing as you keep up to date with current affairs, revealing some potential story arcs for future episodes or seasons, including some crazy goings on at ACE Chemicals.

Realm of Shadows is a good start to the series, with no real wow moments or memorable set pieces, but it does offer a new take on Batman and Bruce Wayne, including a couple of revelations that’ll hopefully give the upcoming episodes some vigour. It’s also clear how improved the visuals are, especially some of the longer shots of Wayne Manor and the newly constructed mental health facility. Unfortunately I wasn’t blown away, but I just hope the story picks up the pace and delivers a more dynamic and thrilling affair next time round.

A fresh take on the Batman, and although some of the moments as Bruce Wayne can be great, the overall experience feels a little flat.