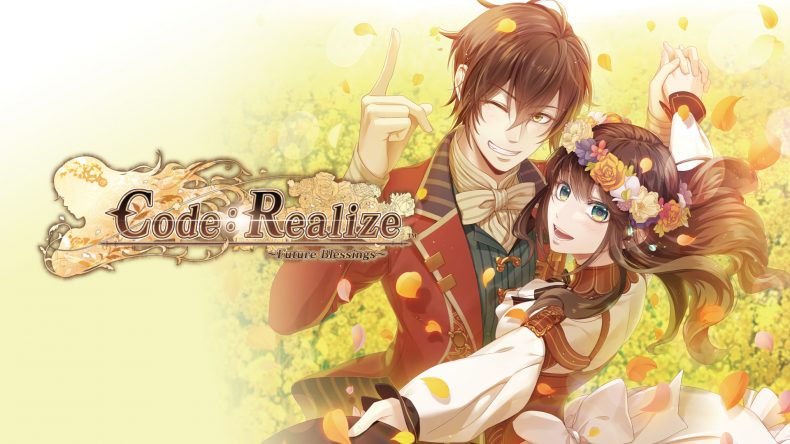 A fandisc for an otome visual novel is usually a collection of stories that provides an alternate take or one that gives more context to various characters through more story content or expanded endings. Code: Realize – Future Blessings is exactly that for Code: Realize – Guardian of Rebirth. If you recently experienced and enjoyed Code: Realize – Guardian of Rebirth on Nintendo Switch or played it on PS Vita back in the day and want more from the characters and world, this is the perfect visual novel for you. When it comes to story, I definitely wouldn’t recommend this unless you already played and enjoyed the original Code: Realize – Guardian of Rebirth considering it set after the events of Code: Realize – Guardian of Rebirth. If you did, you will find a lot to love here with Cardia interacting with new and familiar faces with some interesting twists. I absolutely adore the steampunk art style in the Code: Realize games that extends to the UI as well. Considering a visual novel is all about reading, it is always good when developers go the extra mile and invest into making the whole experience feel and look great.

On starting a new game, you are given the option to play stories taking place after the events of Guardian of Rebirth in the form of After Story – Whtie Rose where you can select a route and jump right in. The next option lets you experience a story hinted at in the original through Another Story – Lupin’s Gang. There is also an Extra Story Herlock Sholmes that has a story told from his perspective with one from Finis’ perspective. Some of these are linear routes.

In terms of an overall package, it is a bit disappointing that PS4 had both this and the original Guardian of Rebirth in a single low priced package while Switch gets them separately like PS Vita. In terms of actual content, this release offers nothing over the PS Vita original. On PS4, this game was packaged alongside Code: Realize – Guardian of Rebirth. If you already played it on either platform before, you won’t find anything extra here. If you haven’t, the Switch release is the best way to experience this now albeit at a higher price than PS4 for the hybrid playable nature of the console. While some visual novels or adventure games sometimes struggle on Switch with visuals, Future Blessings ran great across the board for me. When it comes to Switch specific features, Code: Realize – Future Blessings has full touchscreen support which is always a welcome addition for visual novels on the platform. It scales well docked and handheld with the option to play using traditional controllers as well. The Nintendo Switch version of this game is easily the best version of the lovely fandisc right now since it offers the unique options only the Switch can bring to the table in terms of playing on the go or at home. Code: Realize – Future Blessings also supports the Nintendo Switch Online cloud save backup if you own a Switch Lite and a regular Switch and play on both. I regularly transferred my save across both systems over the last week while reading it again.

Overall, Code: Realize – Future Blessings on Nintendo Switch is as excellent as it was on PlayStation systems before but it offers the ability to play on the go and at home on the same system seamlessly. Having full touch support is always a great feature as well for any visual novel. Over the last week, I’ve been deep into playing Code: Realize – Future Blessings and Yumeutsutsu Re:Master on Nintendo Switch and appreciate the form factor even more with no wasting time trying to sync saves or being forced into TV or handheld mode like I was with many visual novels on PS4 and PS Vita. If you skipped out on this on PS4 or PS Vita, now is the best time to get back to Cardia and more in Code: Realize – Future Blessings. It is definitely looking like the Switch is soon going to be the home of otome games with the likes of Collar x Malice and more coming to the system in the future in the West.

No new content for returning players
Sold separately unlike on PS4

Code: Realize - Future Blessings is the perfect companion to Guardian of Rebirth that is a must play for fans of the original.