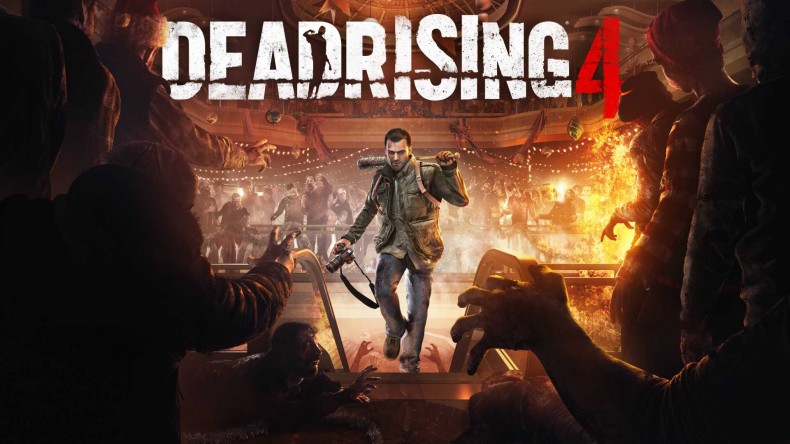 The original Dead Rising polarised critics and gamers in 2006, its dedication to cathartic, slapstick violence either marrying well, or clashing with (depending on your stance), its insistence on strict time constraints, escort mission busy-work, and maddening boss fights. The sequel balanced some issues and bred more, and it was a long time until Dead Rising 3 shambled into the launch line-up of Xbox One and almost, almost, found the sweet spot.

What’s apparent in Dead Rising 4 is that the consistent slide from “tense, claustrophobic thriller with added fun” towards “mindless zombie murder with added missions” has continued and, sadly, the results aren’t as positive as we might have hoped.

But first, the good: Frank’s back. That’s perhaps the best news, to be honest, as Frank’s neolithic, opportunistic, alpha-male attitude makes for a likeably-unlikeable protagonist who’s infinitely more interesting than Dead Rising 3’s two-tone mechanic, Nick Ramos. Frank is mean, he’s selfish, he’s the most accidental of accidental heroes. He rarely acts in the interest of others, but always seems to come out like the Saviour. Set in the December of 2021, 15 years after the original outbreak, Frank is a 52-year-old photography professor still living on his reputation as the “Hero of Willamette”. He’s teaching young, impetuous prodigy Vick Chu, and agrees to take her on a covert mission to a top-secret military base to give her a first-hand taste of how to cover wars and stir up shit. The secrets they uncover there lead to the dissolution of their relationship and Frank ending up a fugitive on the run for the next four months, going by the genius alias of Hank East. It isn’t long before he’s contacted by Brad Park, director of the ZDC, and told about a new outbreak in Willamette. The Memorial Mega-Mall is under attack by zombies once again, this time spreading through the town at the height of Black Friday mania. The government have contained it, but Vick is already there – and so Frank cancels his Christmas plans and heads back to Willamette.

The story is decent enough, ably bolstered by great voice acting and a genuinely funny script. Frank is a blast, a rugged rogue with an Ash Williams-level of abrasive sarcasm. Caught between a military outfit called Obscuris who are hunting down a dangerous new breed of super-zombie and a community of survivors led by a Governor-like fanatic, Frank, as always, follows his own interests first, with unintended consequences.

Unfortunately, though, the mechanics have been dumbed-down considerably. The escort missions are gone; when you see a survivor battling zombies, all you have to do is clear out the immediate threat to earn a reward. The survivor will then run off alone, never to be seen again. Maybe it makes sense – after all this is a world where zombies are kind of old news – but it’s a bit disappointing. Safe zones are all identical, and once cleared out will re-populate with vendors who sell food, weapons and blueprints, vehicles, clothing and maps. All safe zones are linked to the Mall, which is a good thing as that’s where the most fun is to be found. The opening few hours inside the complex are great fun, evoking memories of the first game and presenting a game-world absolutely crammed with ingenious weaponry and silly costumes. Once outside in the town itself, cracks begin to show. For a start, under the light of day the zombies look far less impressive, and you’ll begin to realise there are only around a dozen or so different models. That would be fine, but when there are hundreds on screen at once, it’s horribly noticeable. Vehicle handling is fine, and some of the combined vehicles are great fun, but you’ll spend a lot of time ploughing through zombies between points A and B, and it loses its appeal quicker than you’d expect. Psychos are replaced by Maniacs, usually optional encounters that require you to simply kill a bunch of standard enemies and one slightly stronger one. It’s boring, frankly, and they add nothing to the game besides tongue-in-cheek humour.

Capcom has brought back photography, which is as much fun as it was in the original as you attempt to capture the best shots in several categories such as Brutality, Horror, Drama, Comedy and Special, which are one-time shots of specific scenes or items. There are also Capcom Tributes everywhere, such as Arthur’s head from Ghouls ‘N’ Ghosts, Vega’s claws, and various other hidden and not-so-hidden in-jokes. You can also use the camera to enter a kind of Detective Mode that reveals hidden secrets like Panic Rooms containing supplies and special blueprints; you’ll also need to solve Investigations, which essentially means you need to find specific things in a given area to photograph. The bulk of your time will likely be spent looking for as many secrets as you can find, hoovering up the 55 blueprints and then making as many outlandish weapons as you can. The combinations are not only easy (they only ever require two ingredients) but plentiful, and while they don’t make an awful lot of sense and you can, for example, cobble together an ATV and a military jeep to create a “Warmonger” assault buggy in seconds, they’re often fun and most come with their own instant kill animations. Combat is bloody and satisfying, but it’s too easy, and gone are the insane hand-to-hand, crowd-surfing moves of yesteryear. I didn’t die once in my playthrough, as you level up very fast and first aid supplies and weapons are ten-a-penny. Even when “Evolved” zombies are introduced around the halfway point, they don’t pose much of a threat. There are also Exo-suits everywhere that offer temporary boosts of strength and defence.

Perhaps the most damning upshot of this is that the tension is gone. You’ll never worry about a new area, or a new threat, you’ll never have to worry about how to escort a wounded survivor back to a safe room; you’ll never worry about your ammo or weapon durability and you’ll never, ever, take the threat seriously. That might be a plus for some people, but it’s a major problem for me. Still, you’ll find hours and hours of things to do, unique photos to take, blueprints to collect, and trials to complete.

Technical issues are a second problem. The sheer amount of enemies on-screen can cause issues with collision detection, physics, and frame rate (though the latter is very rare, which is commendable). Most environments are highly detailed, while others are clearly cut and paste, but there’s so much to find out in the world, raiding homes and shops and bases, that you might not mind. Make no mistake though, this is now far closer to Undead Labs’ State of Decay than it is to the original Dead Rising, mechanically, thematically, and technically. A multiplayer element allows you to choose the role of one of four story characters and fight your way through a collection of “episodes” in 4-player coop. You’re rated at the end of each segment against one another in terms of deaths, revives, enemies killed, and Prestige Points earned. It doesn’t offer an experience vastly different to the campaign, but it is noticeably less smooth. Glitches abound, and the entire exercise is a little scrappy, despite the fun factor.

You’ll have to go a long way to find another game that allows you to eviscerate thousands of zombies with an electrified battle-axe while wearing a spa robe, welding mask and cowboy boots. Sadly, you won’t have to go far to find generic story missions and lacklustre boss encounters. By increasing the fun factor and stripping back the busy work, Capcom have diluted the quintessential Dead Rising experience to the point where it has lost some of its identity and a lot of what made the franchise so unique.

Dead Rising 4 is a lot of fun, but the challenge and tension that made the first few games so unique are dead and buried.