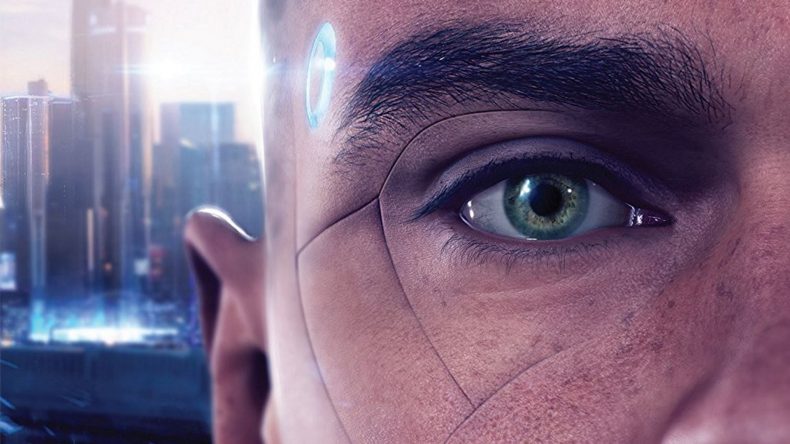 There’s a scene in the first series of The Mighty Boosh that involves animals at the zoo being kidnapped and experimented on. The thirty minutes of that episode culminate in Howard and Vince setting the “freaks” free, and they come to their aid by swarming and, presumably killing, their captor. I tell you this not just because I like the show, but because that scene, almost frame for frame, is replayed in Detroit: Become Human, swapping animals for androids, but without any of the fun, and arguably is even more pointless than that throwaway episode of a comedy show.

It’s possible David Cage’s story is attempting to pay homage to the Boosh, and it’s possible that the show’s writers, Noel Fielding and Julian Barratt were trying to say something about race and slavery in 2004 that Cage still feels is relevant in 2018 (and in truth, let’s be honest, nowhere near enough has changed in that respect), but I doubt it. The thing is, Cage happens upon this comparison because, while his ideas have heart, the execution of the story is too on the nose to really deliver in an impactful way.

And I don’t want to harp on about that particular scene in Detroit, but it’s worth saying that some of the problem is that it’s so easy to telegraph – it’s so obvious. Truly great writing turns cliche on its head, and as you are led by your friend through the darkness, while your companion mentions they have a bad feeling about it, I feel like I’m supposed to be expecting the badness to occur, only for the writer to shock me by eschewing the cliche and treating me like I’m intelligent, but it rarely does, and that lack of respect for the player’s intelligence is a big stumbling block throughout Detroit. While we’re at it, I want to talk about subtlety. It’s absolutely fine to reference movies or other games, or anything, really, that you like in your own writing. But that’s the thing, a subtle nod or allusion to another thing is fine, not just completely copying a scene that people stopped doing years ago because it’s so cliche ridden and just doesn’t wash nowadays. There’s even a choice that results in a scene that feels lifted directly from the movie Titanic. It’s supposed to be a dramatic moment, but it’s so steeped in cliche as to feel ridiculous.

The writing in this game is so heavy handed it’s like the ideas are smashing you over the head with a sledgehammer. I don’t like picking on writing like this, for obvious reasons, and I don’t think Cage is necessarily bad, it almost feels more like arrogance that the audience won’t get the story. Well, we do, here’s a clue: racism is bad, people are good but can also be really shit, and life is complicated, but would be so much easier on the whole if we were all just a bit nicer to each other, but then, as I say, life’s complicated.

What I’m saying here is that not only do you have to suspend your disbelief to enjoy Quantic Dream’s latest, but you really have to give yourself to it, be open to accepting what it is, and what the limitations of the story arc are. If you can’t do that, you’re likely not going to enjoy much of what’s on offer, aside the incredible motion capture, astonishing visuals, and to be fair, terrific acting. Detroit, like Heavy Rain and Beyond: Two Souls before it, is a narrative driven modernisation of a point and click adventure. It’s the highest possible budget version of a Telltale Games style game, but what it does so well is truly make you believe in the choices you make, all while doing multiple quick-time events that involve motion controls, the touch pad, the face buttons, and the sticks. These choices do genuinely make the game play out in radically different ways, and characters can die and that’s it, they’re gone. The paths diverge dramatically at times, so if you’re happy to go through the game multiple times, there’s a lot of game to actually see.

You play as three different androids in a futuristic setting. Essentially, androids are slaves. It takes a while to actually deliver this message, but it’s obvious from the start: androids don’t get nice comfy seats on the bus, they stand in the back in the androids-only section – they only stop short of calling one of the androids Rosa Parks. These androids have no emotions and are programmed to serve. There’s a focus on humanity as well, because each of the androids have different masters: some treat you well, others use you as a conduit to be abusive, and one is a detective. The trouble is that often the interesting human characters flit in and out too often. By the end I wanted more of some characters, and had absolutely had enough of others.

Gameplay wise, Detective Connor is the most interesting. Borrowing the Batman-Arkham-Detective-Vision idea, Detroid makes you (as Connor) feel like a proper detective investigating crimes and solving them – rewinding the re-enactment and watching for clues to focus upon. A little while into Markus’ story you will have the ability to choose routes as you move throughout the environment, and this gives you yet more choice, though here they appear a simple matter of “will this route be successful, or will it kill me?”. Finally, Kara is the heart of the story, though, and forces home the ideal that slaves are people too, because how else would we know that, right? Deviancy is the crime that causes androids to break their programming and have feelings, therefore it must be stopped because humans are threatened by a more powerful, intelligent being that could rise up. The stories intertwine in a clever way, although it’s difficult to want to chase one of your characters when playing as the other, because you don’t really want either to fail. Perhaps that’s the intention, but perhaps it’s also a lucky coincidence?

After each scene you’re rewarded with a flowchart of how you made your choices, and as is typical of the genre, you’re shown the world’s choices along with your friend’s decisions. Some scenes are more straightforward, but some have masses of permutations, genuinely teasing you into wanting to see how the alternative choices played out. Often these flow charts also indicate there are entire sections of the scene you missed out on, which helps lend a believability to the choices you made. Sure, some of them are daft but others do seem important and interesting.

One strange choice, however, is putting the camera controls on the stick along with the actions. As is standard for a Quantic Dream game, you interact with items by making a motion on the right stick, but here you also move the camera with that same stick. It’s odd because it means sometimes you take actions you didn’t intend, and other times you have to move the camera up to be able to get the prompt to appear. Furthermore, there are so few buttons used on the controller that it makes it an even stranger choice. The dev team doubles down on this by using the touchpad to do things like swipe a tablet, but then goes back to the stick for everything else.

There are some genuinely terrific moments in Detroit, though. A chase scene as Connor that asks you to analyse routes on the go and pick the risky-but-fast or slow-but-safe path before throwing you a choice at the end of it all that you know is important. The characters are believable, and if there’s one major improvement to the formula it’s that the human-people are written way better than before, you just don’t get enough interaction with them. You aren’t going to suddenly fall in love with this style of game. If you’re like me, and enjoy these tremendously high budget examples of the genre, Detroit is a popcorn movie of a game. You’ll see most of it coming, but you’ll enjoy pixel hunting the environments for clues and, probably, replaying the game to see the outcomes if you chose contrary to your desires. The question, I suppose, is whether you’d want to. It’s a way longer game than it should be, and for all it does right, there will be a scene that follows which is hokey and poor. I don’t want to spoil it, but I can’t wait to hear what others think of one late-game scene involving Connor, because… Jesus Christ I can’t actually believe they used that cliched idea.

As usual, there’s heart here, but it’s obfuscated by some poor writing and a message that’s just a little too on the nose for its own good. But that’s a Hollywood blockbuster, isn’t it? You come for the explosions and remember the cheesy tear-jerker moments, but Detroid is relentlessly bleak, and I didn’t find myself warming to the story as much as I was simply enjoying moving the thing along. The lack of a run button rather rams home the notion it’s a little too in love with itself, and more than ever it feels as though David Cage is a terrific ideas man who desperately needs someone to tell him “no”. It’s not bad, by any means, but with a game this story heavy, it needs to be better. The gameplay is fun enough though very simplistic, and it’s as high-a-budget one of these type of game as you’ll find, but like all of us, really, it just needs to be better.

Looks and sounds amazing
The illusion of choice is terrific

A cliche-ridden story that has some decent ideas throughout, but is so bleak it's hard to grow attached to.