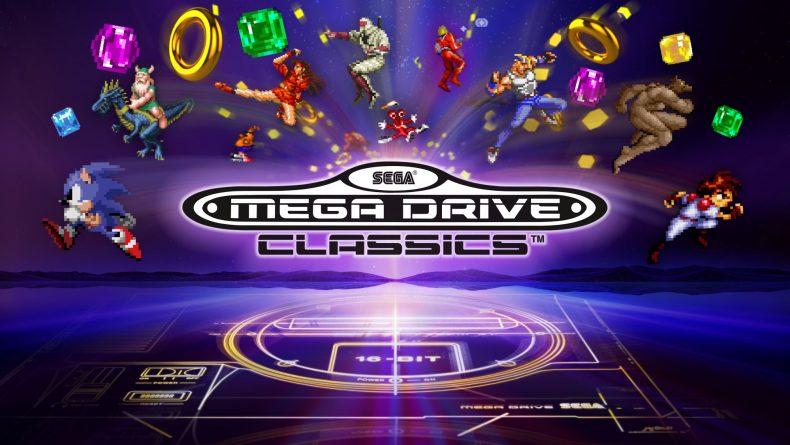 Hands up, who actually played Bonanza Bros. or Columns? Don’t lie, it’s ok if you didn’t. We all know Nintendo had the bigger games, but the Mega Drive was my console of choice, and I still hold Sonic the Hedgehog 2 about ANY Mario game. But is there a point to re-releasing the same Mega Drive games once again on the next generation of console? Honestly, no. Nostalgia is great for a reason. The way we remember these kinds of games is much better than playing them now, especially coming of the back of behemoths like God of War. Playing games like Golden Axe, Streets of Rage 2, Sonic the Hedgehog 2, and Alex Kidd in the Enchanted Castle is still a blast, even if the graphics and movement is massively different to modern gaming. Some of the games in this collection hold up surprisingly well, but for the majority of them it’s a grand disappointment.

It’s redundant to talk about gameplay or controls in every one of the 50 games on offer, so I’ll let you know what’s different to the games of your childhood (or your parent’s *sigh*), and what this collection does differently to all the others. Each game can be played between two borders, offering a variety of designs, or if you want to play fullscreen you can. It doesn’t stretch the image at all so it doesn’t really matter which aspect ratio you choose. There are also a variety of pixel scaling options to alter between, such as EPX (creates 4 times more pixels based on original artwork) or XBR (smoothes all lines and curves, and handles complex patterns better). You can also add scanline filters to each game, providing a more realistic visual as if you were back in the 90s playing on a shoddy TV, and a Mirror Mode that flips the game horizontally, providing a much harder challenge, but it seems weird and unnecessary. Before choosing a game you’ll find yourself in a retro bedroom with a Sonic the Hedgehog rug, a skateboard, a toy golden axe (at least I hope it is), and various posters of some of the games in the collection. From here, along with the visual settings previously mentioned, you can change the audio settings (essentially the volume), view the controller’s input settings (which can’t be changed), switch the time on the wall clock, view the various challenges you can attempt, and find an online game to join or set up yourself.

The online section is essentially play a two-player game together. Adam and I had a go on Streets of Rage 2 (which is still bloody awesome), Gunstar Heroes, and ToeJam & Earl. It’s not a stretch to say I was expecting a bit more from this, but what can you really do differently with games that were out over 20 years ago? There are various leaderboards you can get onto by getting high scores and the like, but I couldn’t stick with one game for very long due to the archaic feel of the majority of titles. SEGA Mega Drive Classics is disappointing, but I’m still not sure if it’s because many of the games are boring, or if I was expecting more options and extras. SEGA could’ve taken a cue from the recent Atari Collections and included original artwork and instruction manuals, instead of just the spine of the case and the text. If you’re interested in revisiting the past for old times sake, I’d say you’re better off remembering the times you had playing them when you were younger. It’s fun for a while, but the call of current games will be too strong to ignore.

Wide selection of games
Some still hold up

Many of the games featured were great back in the day, but if we're going to revisit them now, it'd be nice to have some more features for the nostalgic amongst us to enjoy.