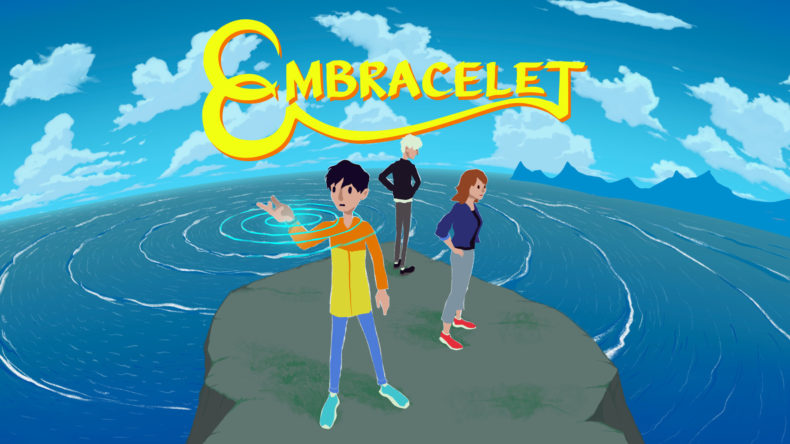 There’s something special about playing a game set in an entirely different culture to your own. In the current age of gaming, we are so lucky to be able to play projects developed by people of diverse backgrounds who can craft experiences outside of our cultural norms. Back in the day, you couldn’t just buy a SNES game developed by a one-man team based in Norway, but now these titles can be found on the front page of the eShop with relative ease. Embracelet tells a story both charming and alien to me, of 17-year-old Jesper and his journey to the Norwegian Island of Slepp.

Jesper is a shy young man, with a lot on his plate. He’s struggling at school, doesn’t seem to have many friends, and has a grandfather who is extremely unwell. As Grandpa Leif’s health deteriorates, he entrusts his beloved grandson with a mysterious bracelet he found on the island he grew up on. The bracelet grants the wearer telekinetic powers (among other things) but belongs back on the remote northern island of Slepp. As Leif knows he doesn’t have much time left, he leaves Jesper with the task of returning the magical piece of jewellery to the place of his birth. 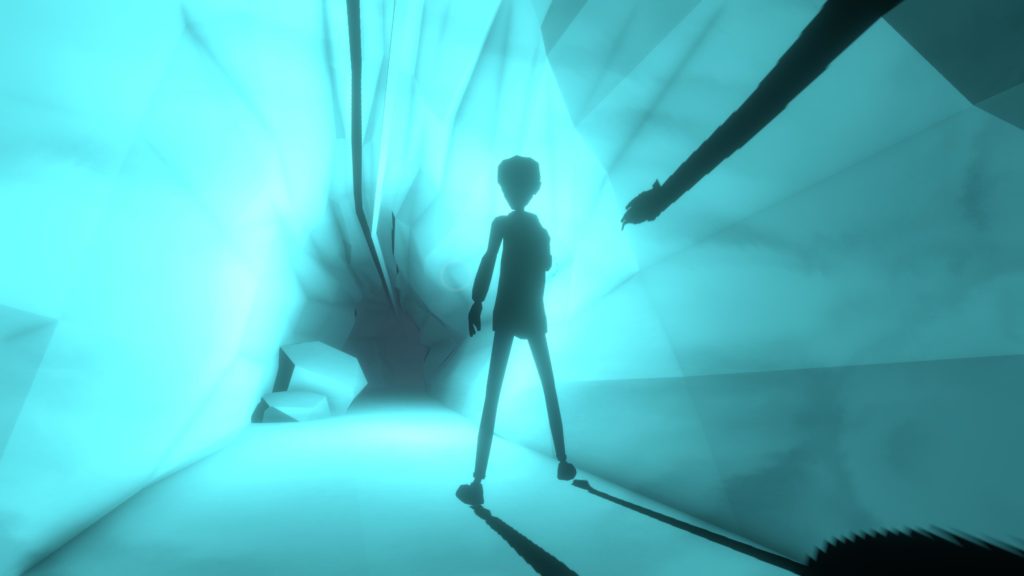 Life on Slepp is simple, with one shop, no phone reception, and only a handful of people inhabiting it. The island is also home to a small scale fishing operation, who are struggling to keep up with the bigger companies on the mainland, especially with other ships noisily scouting for oil in the area. Upon arriving on the weekly transport boat, Jesper must learn as much as he can from the old residents of the island, to find out more about his grandfather and his mysterious bracelet.

Not everyone is as outdated as the island itself on Slepp, and Jesper quickly meets two friendly teens who will soon become lifelong friends. You’ll spend a lot of time with Hermod and Karoline during your week away from home, and they are more than happy to help you on your quest, as well as throw a few beach parties along the way. There are a handful of conversation options you can choose between as you socialise with your new buddies, which may even lead to some romantic moments. 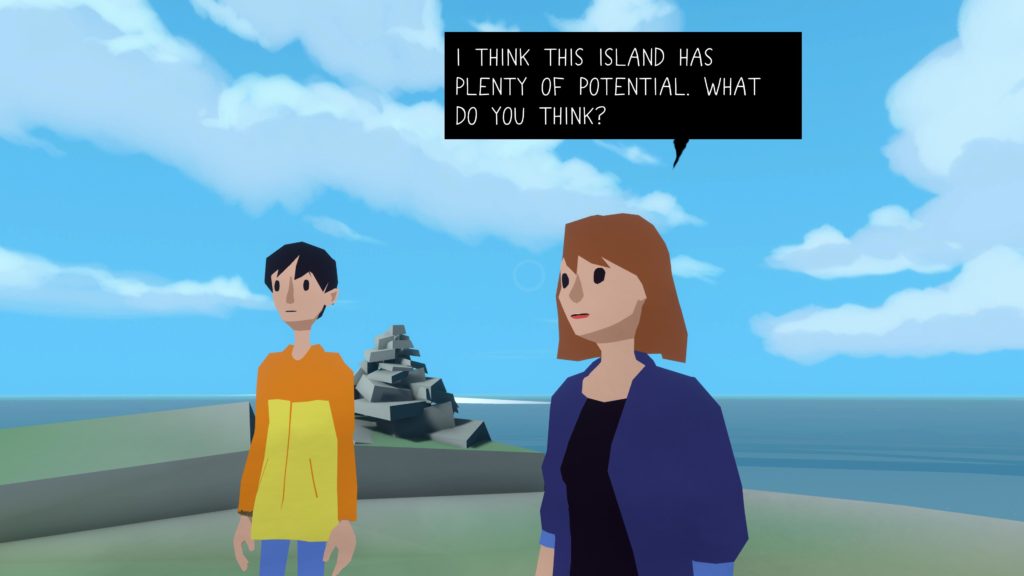 At its core, Embracelet is an adventure game. You’ll explore the environment, pointing and clicking at different objects to find out more about them, and to solve problems along the way. Using the right stick to move your cursor is a bit fiddly, and I found myself missing my target multiple times (especially when the camera moves between areas). You’ll need to check every nook and cranny to overcome the obstacles in Jesper’s path, from gathering flowers for a widow to decorate her beloved’s grave, to saving a beached whale.

The majority of these situations are resolved with the use of your grandfather’s bracelet. You can use your powers to manipulate objects far bigger than your scrawny arms could manage, and many puzzles come down to moving things in the correct order to create a path you can walk on, or to trigger a chain of events to help someone in need. When using the bracelet’s powers, you have to complete a quick time event to activate it successfully. There’s never a punishment for failing other than having to try again, but having to perfect the timing adds a tangibility to the otherwise otherworldly effects of your powerful accessory. 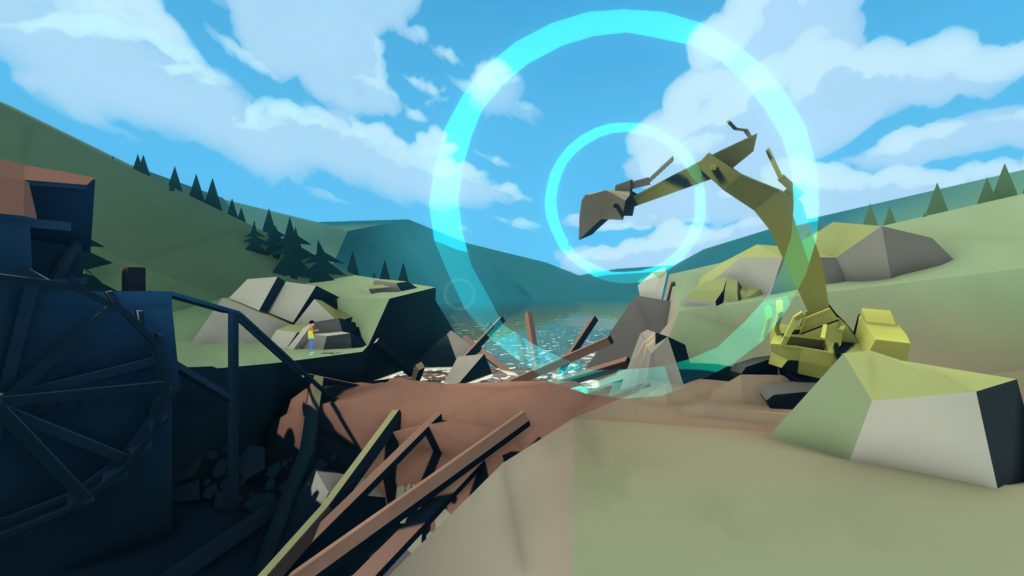 Embracelet is a short game, clocking in at 3 hours maximum, but packs a lot into its limited run time. The story resolves itself in some interesting and unexpected ways, and Jesper learns a lot about the father figure he respected, the island community, and himself along the way. Despite some pretty tense situations, Embracelet manages to be an incredibly relaxing and charming experience. Jesper always helps those in need, and the villagers of Slepp are all delightful in their own way. The graphics really help to bring the characters to life, using the lo-fi style to perfection.

I really enjoyed my time with Embracelet, but it isn’t without its issues. Sometimes you’ll have an objective on the other side of the island, and walking from place to place can get a little tiresome, with no fast travel system to speak of. There are also some sections of the game where characters are in two places at once, seemingly confused at what point in the story you are at currently.

Embracelet is a delightful coming of age story, set in a location I was unaware I’d fall in love with. If you don’t mind wrestling with the controls occasionally, you’ll find a smorgasbord of mystery, magic and friendship awaiting you in this sleepy island community.

Enjoyable story from start to finish

Bracelet powers are a great addition to gameplay

Controling the pointer can be a chore

No fast travel slows down the pace

A charming adventure in a unique Norwegian setting, Embracelet is a delightful coming of age story full of magic, mystery and friendship.

New Warioware: Get it Together trailer and free demo